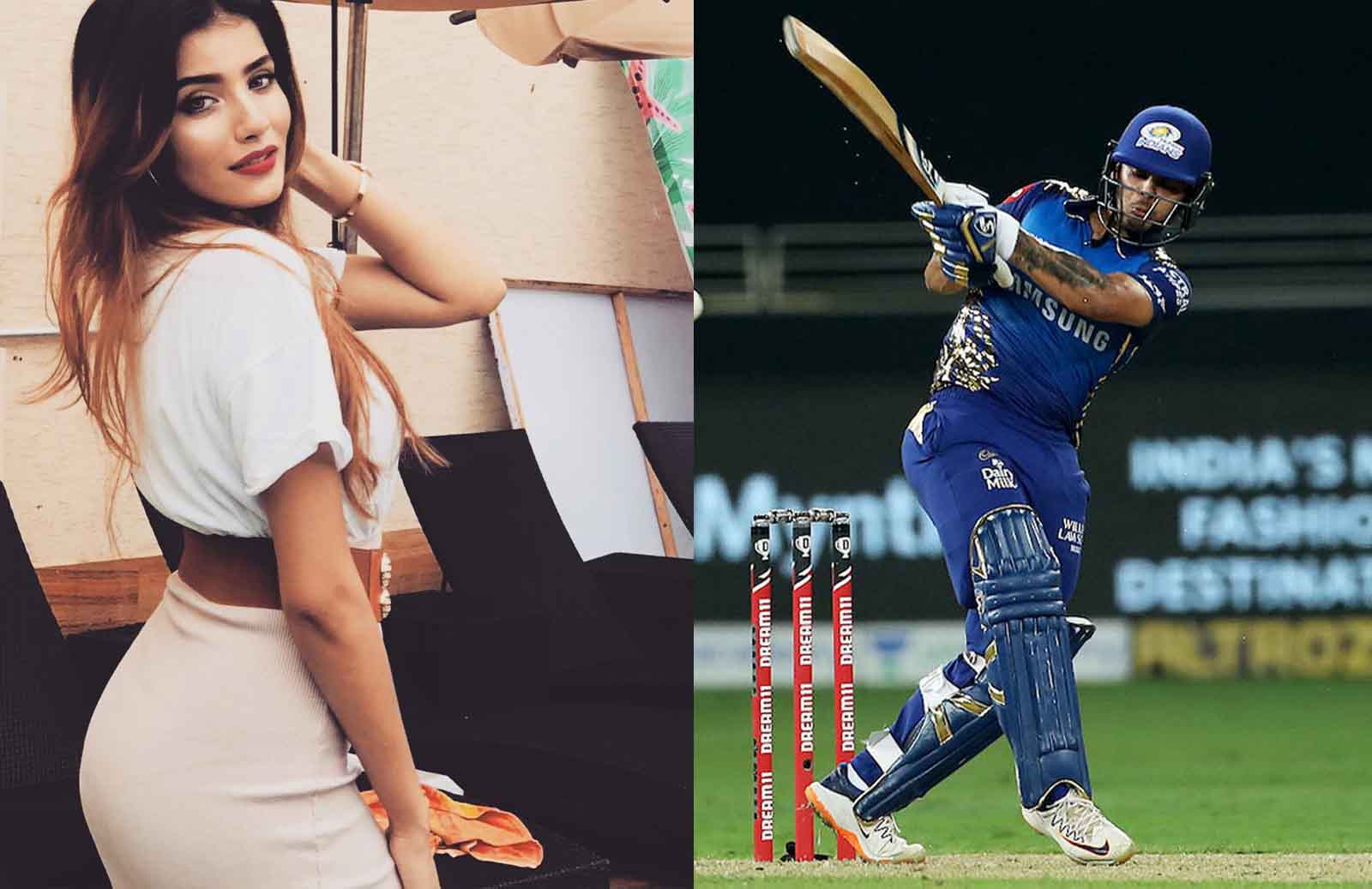 Ishan Kishan performed remarkably well against RCB in his first appearance of IPL 2020. In the first couple of games, he was not picked in the team. But, he got his first match against RCB after middle-order batsman Saurabh Tiwary was adjudged unfit. The youngster grabbed this opportunity with both hands. He played his best ever knock in IPL. Soon, Aditi Hundia, his rumored girlfriend came out cherishing posts on social media.

The 22-year-old did something that the majority of the fans had not expected from him. RCB posted 201 runs in stipulated 20 overs. Mumbai Indians were expected to get off the mark with a convincing win. But that was not the case. Rohit Sharma looked under pressure and played an irresponsible stroke off Washington Sundar and he was caught near the boundary line by Pawan Negi. Quinton de Kock and Hardik Pandya also failed to score a breakthrough knock for their side.

Ishan Kishan gets applauds from fans and his rumored girlfriend

The run-rate was increasing with each passing over. And, MI batsmen began feeling the pressure before Ishan Kishan took things in his hands. He took some balls to get settled on the wicket. And, in a dramatic comeback, he single-handedly took his side close to winning the match. He smacked 99 runs off 58 balls studded with 9 sixes and two boundaries. Kishan was batting in his best form against RCB.

He smacked two sixes in an over of Navdeep Saini and cleared his intention. Soon, he got the support of Kieron Pollard and took the game towards the final overs of the innings. Before he was dismissed on the penultimate ball of the 20th over, he had already done his work.

On the final delivery, Pollard smacked four, and fans were tipped to watch the second Super Over of the tournament. RCB quick Navdeep Saini bowled decently well and gave only 7 runs. In the end, AB de Villiers and Virat Kohli chased down that target on the final delivery off Jasprit Bumrah.

Although Kishan’s knock went in vain. But, he received lots of applauds from the fans on social media. Soon, Aditi Hundia, his rumored girlfriend also joined the bandwagon. She took to her Instagram handle and posted a story.

Here is the story