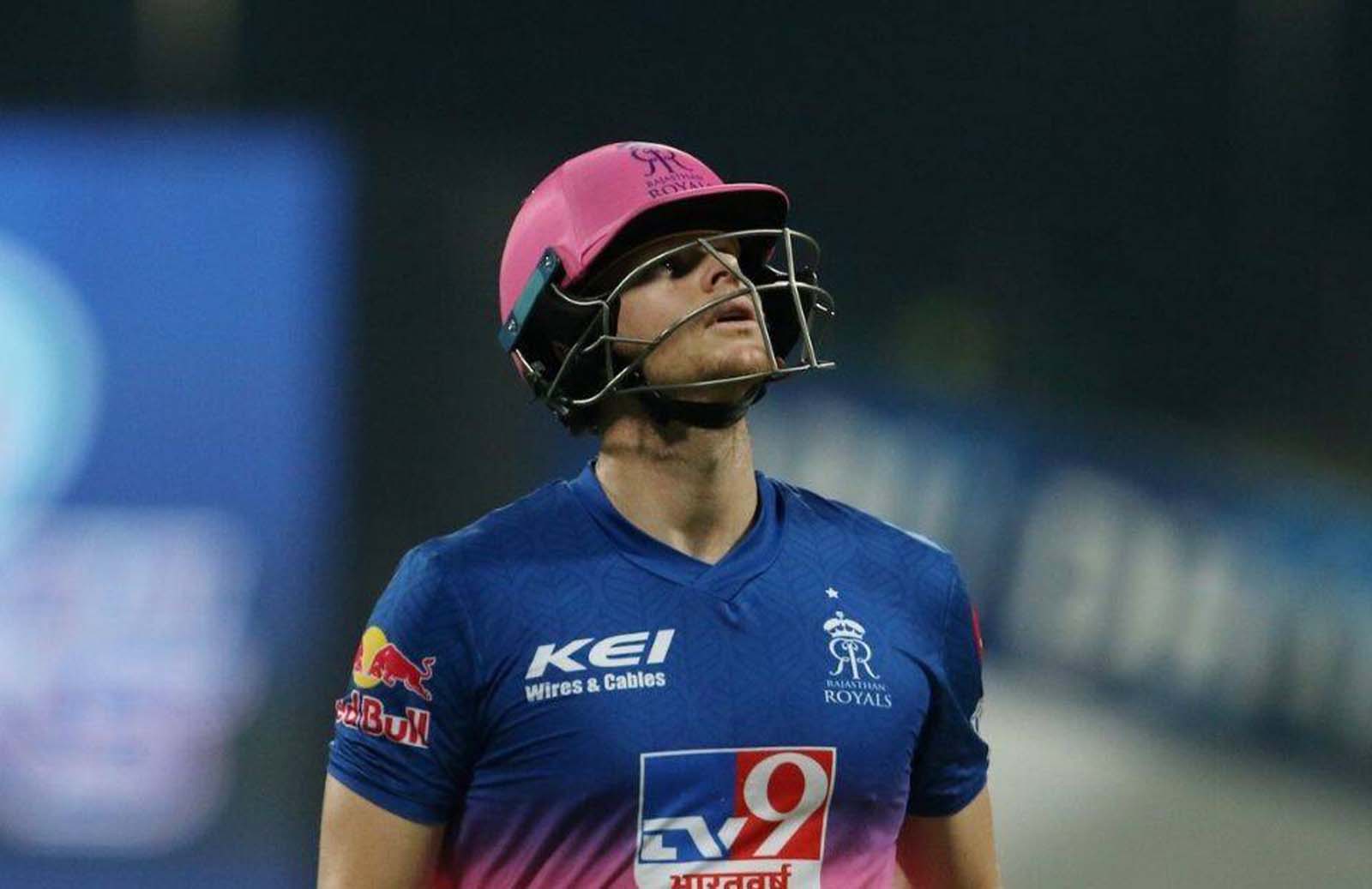 Rajasthan Royals lost a big game against Delhi Capitals by a margin of 13 runs. This defeat came as a big blow for their side in the quest to qualify for the play-offs. And, Steve Smith is not happy with his players’ performance and inconsistency.

Royals have struggled a bit hard in IPL 2020. They have so far failed to gain momentum in this edition. In one game, their players perform extraordinarily well and in the next, they get failed to replicate the same. On Wednesday, RR bowlers restricted DC at an average score of 161 runs in 20 overs. However, the strong batting unit of the Royals failed to chase that target as well. Steve Smith and Co. could score only 148 runs in stipulated 20 overs. Ben Stokes finished as the leading run-scorer with 42 runs off 35 balls.

Steve Smith Not Happy With His Players

Royals skipper Steve Smith was unimpressed with player’s performances. After the game, he opened up saying that the batsmen failed to score 50 or 60 runs in their innings after getting good starts. This is the reason why RR had to face its 5th defeat in this T20 tournament.

“The opening partnership got us ahead in the game but we couldn’t extend those partnerships. The guys kept getting in and kept getting out, not going on to make 50 or 60. It has been the trend in the tournament,” Smith said after the match said as quoted by Hindustan Times.

“The wicket slowed up a bit as the game went on. The team got off to a good start with Jos and Stokes, then we lost a couple of wickets and got another partnership between Stokes and Sanju, then again lost wickets in clumps, and on slow wickets, it is hard to make up too many runs at the backend.

“Needed to take it a bit deeper from some of our batters and we were not able to do that. We thought we bowled well at the backend and restricted them to 160-odd, that was probably around par on this wicket,” Steve Smith added.