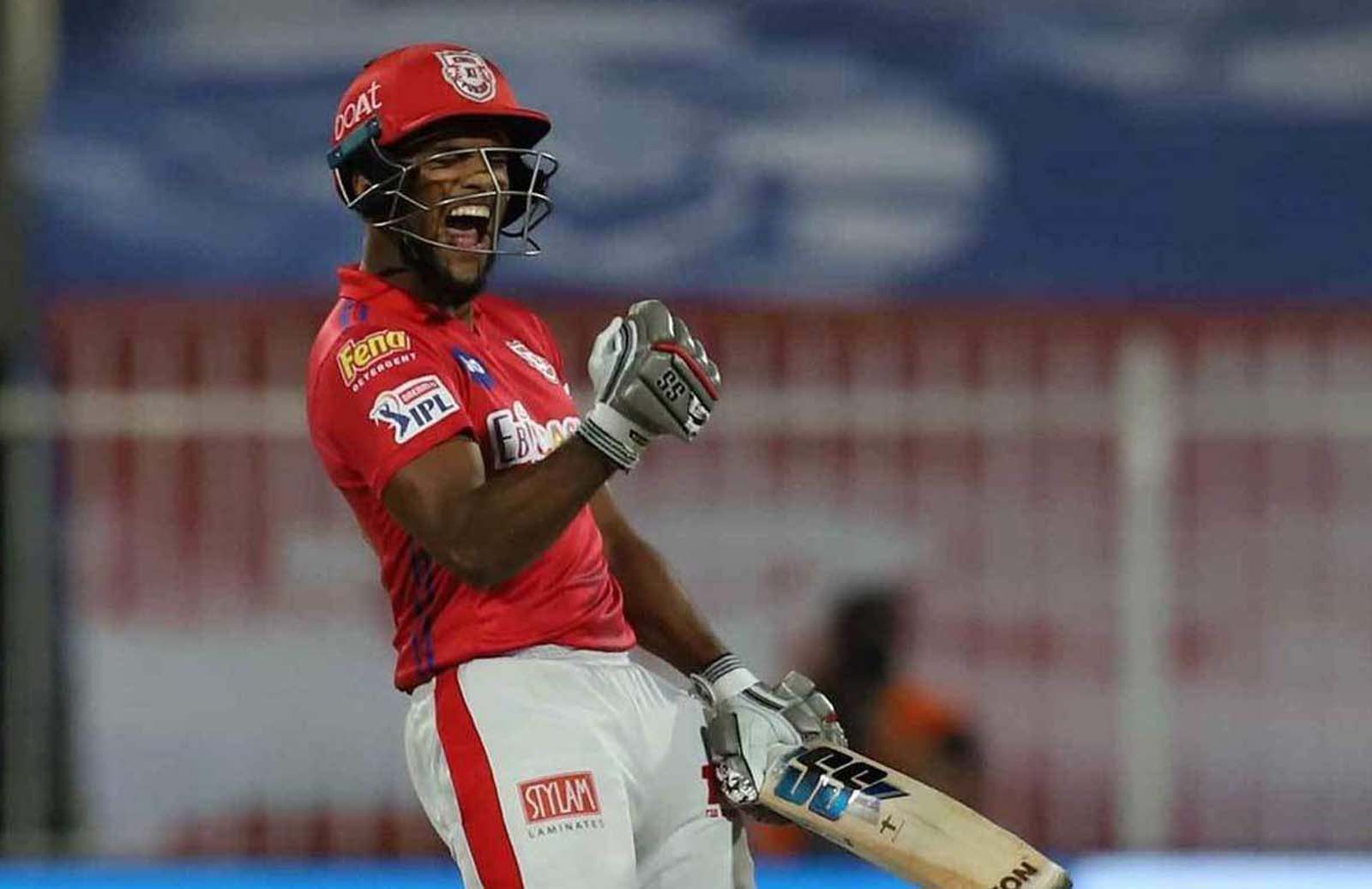 Chris Gayle played a match-winning knock against Royal Challengers Bangalore and played a vital role in making his side win the match. It was his first appearance in this edition and he managed to pull off a brilliant inning with the bat. And, Nicholas Pooran seems to be full of praise for his KXIP and national teammate.

RCB won the toss and elected to bat first. They managed a score of 171 runs for a loss of 6 wickets in stipulated 20 overs. Virat Kohli once again scored a brilliant knock of 48 runs followed by a vital contribution of Shivam Dube and Chris Morris. AB de Villiers failed to score well with the bat and scored only 2 runs off 5 balls.

However, KXIP managed to turn their fate and got their hands on the 2nd win in the tournament. KL Rahul again finished as the top scorer for Kings with 61 runs. However, the star of the inning was Chris Gayle, who smashed 53 runs off 45 balls. He smashed the bowlers all across the park on the back of his brilliant batting. After scoring fifty, the Universe Boss also raised his bat in the air and showed that he is still the boss of the game.

Now, Nicholas Pooran has come out praising his teammate. He said that Gayle is the greatest T20 player ever played in the history of cricket. KXIP middle-order batsman added that team always has a chance of winning the match if Gayle is batting on the field.

“For me, Gayle is the greatest T20 player who has played the game. When Chris is batting, you always have a chance of winning the game. Once he is there, it is a different mood in the camp obviously. He started off slowly, but he had not played cricket for a long time…He has shown once more why he is the greatest T20 batsman. It is wonderful to see him get runs,”

“The last over started, it was like deja vu. Last three balls, one run. It was like the Delhi game all over again but the difference was that I was in the dugout. A million things were running in my mind. I was not clear, to be honest, what I was gonna do. I never wanted to be in that position. After sitting out for so long, I have to bat the last ball,” Pooran said as quoted by Hindustan Times.