IPL 2020: Rahul Tewatia loses His Control In a Heated Exchange With Khaleel Ahmed 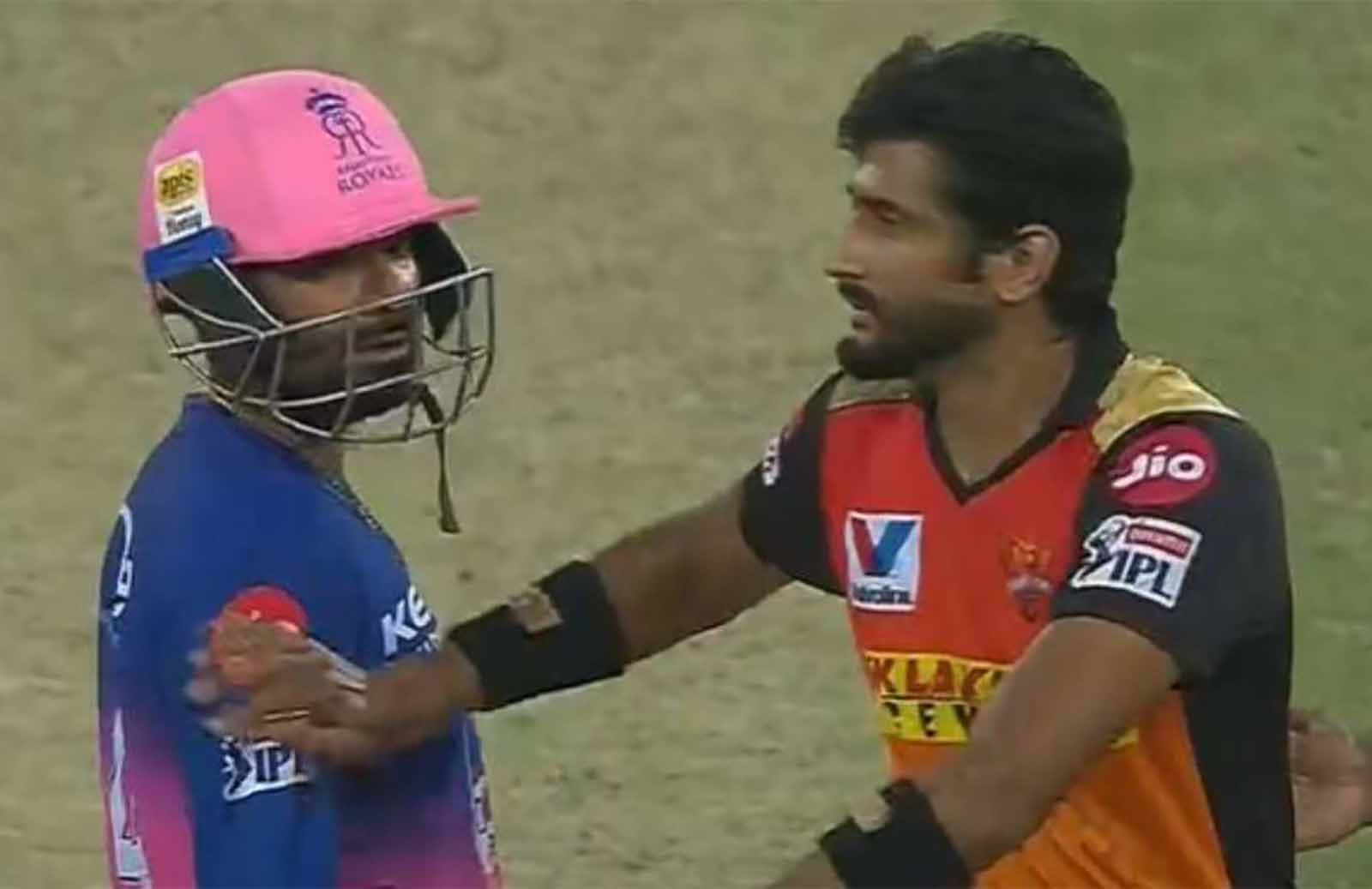 Rahul Tewatia and Riyan Parag masterclass guided Rajasthan Royals to an impressive win against Sunrisers Hyderabad by 5 wickets. The duo played at their helm to bring back their side on the winning track. In that nail-biting affair, Rahul Tewatia and SRH bowler Khaleel Ahmed got involved in a verbal spat. And, the verbal fight increased to a level that in the end, David Warner had to intervene to sought things out between the aforementioned players.

SRH won the toss and elected to bat first. But, their decision backfired and Orange Army could only manage a total of 158 runs in stipulated 20 overs. Courtesy to David Warner and Manish Pandey vital knocks that helped the Orange Army in order to get to a respectable total. Once SRH was looking out of the match.

But, it was their bowlers’ performance that brought the team back into the match. It looked like Sunrisers will easily win the match after dismissing the top four batsmen of the Royals early in the game. However, it was Rahul Tewatia (45 runs) and Riyan Parag (42 runs) that turned the match in the favor of their team.

Rahul Tewatia and Khaleel Ahmed involved in a heated exchange

During the exciting chase, the Royals all-rounder was smacking the bowlers across the park. And, Khaleel Ahmed tried to break the focus of Rahul Tewatia in the last over. This led to a heated exchange between the two players. The Royals all-rounder took it to his heart and got seriously angry. After the match concluded, the feud continued between them. This time David Warner had to come between the Khaleel and Rahul to cool things off. In the end, the things got cleared between them and Khaleel was spotted with arms around Rahul Tewatia’s shoulder.

Rahul Tewatia was awarded Man of The Match for playing a swashbuckling knock of 45 runs off 28 balls studded with four boundaries and two sixes. Now, the Royals will be next seen in action against Delhi Capitals on October 14.