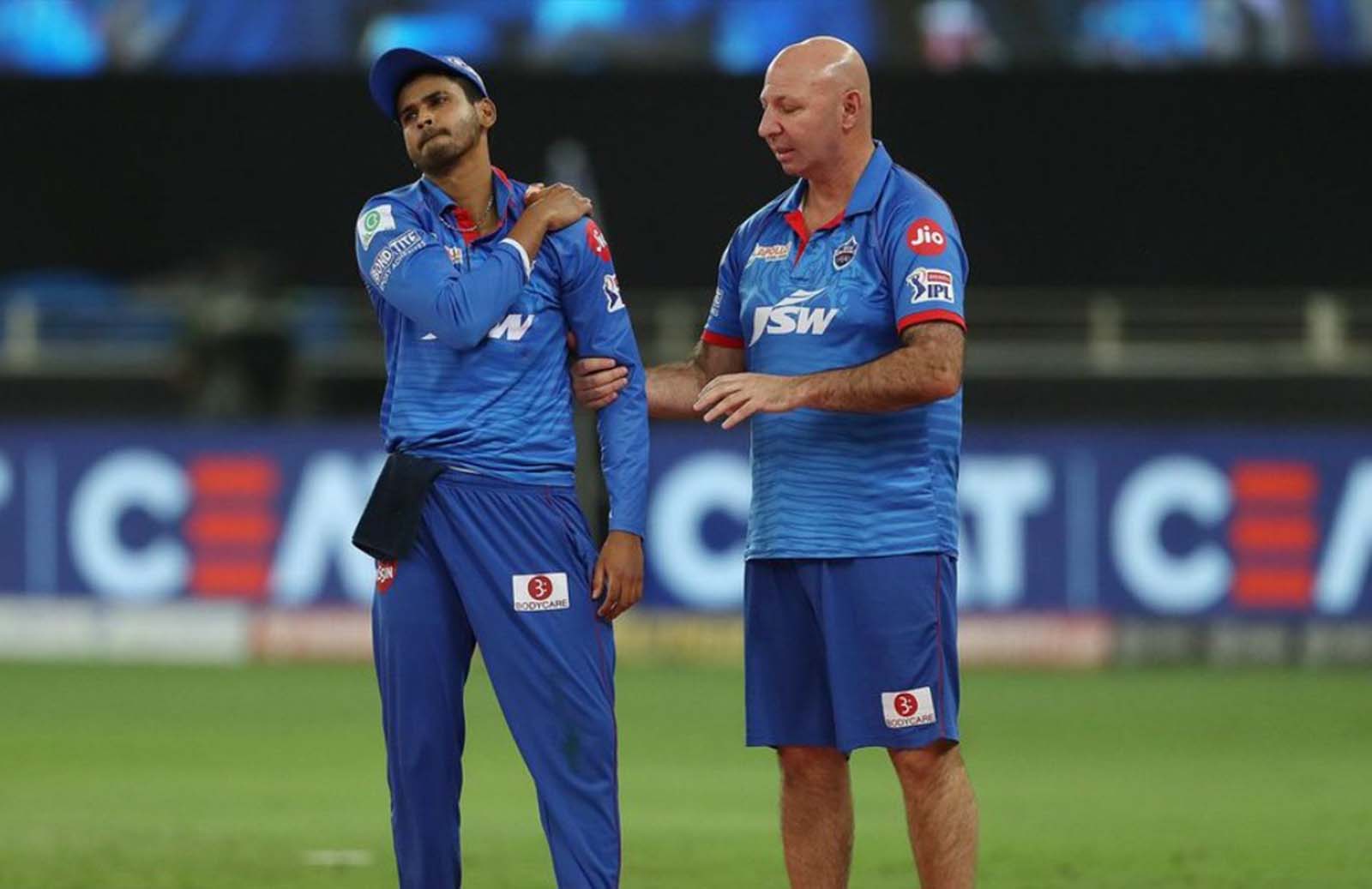 Delhi Capitals registered a convincing win over Rajasthan Royals and increased their chances of qualifying into the play-offs. However, they suffered a big blow after Shreyas Iyer injured his shoulder during fielding which sent a sense of shock in the team and dugout. Now, Shikhar Dhawan, who led the side in the absence of Shreyas Iyer has given a big update over the same.

DC batting unit stumbles in front of RR bowling line-up and managed only 161 runs in stipulated 20 overs for his side. Dhawan managed his 2nd consecutive fifty in the tournament. Shreyas Iyer also played a captain’s knock of 53 runs. Prithvi Shaw’s run with the bat continued and he was dismissed on his first delivery of the game.

Coming onto the chase, Ben Stokes started off well in the game. He was smashing the bowlers in one go. He scored well 42 runs in the game. But, didn’t get enough support from the other batting end. This is the reason why RR was left well short of 13 runs while chasing the target.

After winning the game, Shikhar Dhawan gave a big update over Shreyas Iyer. He said that the right-handed batsman was a bit in pain. But his shoulder is still moving. Dhawan also added that everyone is hopeful that it is not going to be a big injury, “He’s (Iyer) in pain but his shoulder is moving. We’ll get a proper report tomorrow,” Shikhar Dhawan said after the game.

The Indian opener took reigns after Iyer sustained an injury and led his side to a brilliant victory. He praised youngster Tushar Deshpande, who took the wicket of dangerous-looking Ben Stokes. Moreover, he bowled crucial 20th over of the innings against RR. Meanwhile, he gave less than 10 runs in that particular one and took one wicket on the final delivery of the game. Tushar registered brilliant bowling figures of 2 for 37. However, in the end, Man of The Match was awarded to Anrich Nortje, who took 2 wickets giving just 33 runs in his 4 overs.

“He took the very important wicket of Stokes and from there the momentum changed for us. It was important for us to win, have to keep the momentum. It’s a long tournament. Will keep the process going.”

“It was important we stayed positive as a team. We knew their batting isn’t deep and if we got their top-order we can get them. Our bowling unit is quite experienced, right from our fast bowlers to the spinners,” he said.