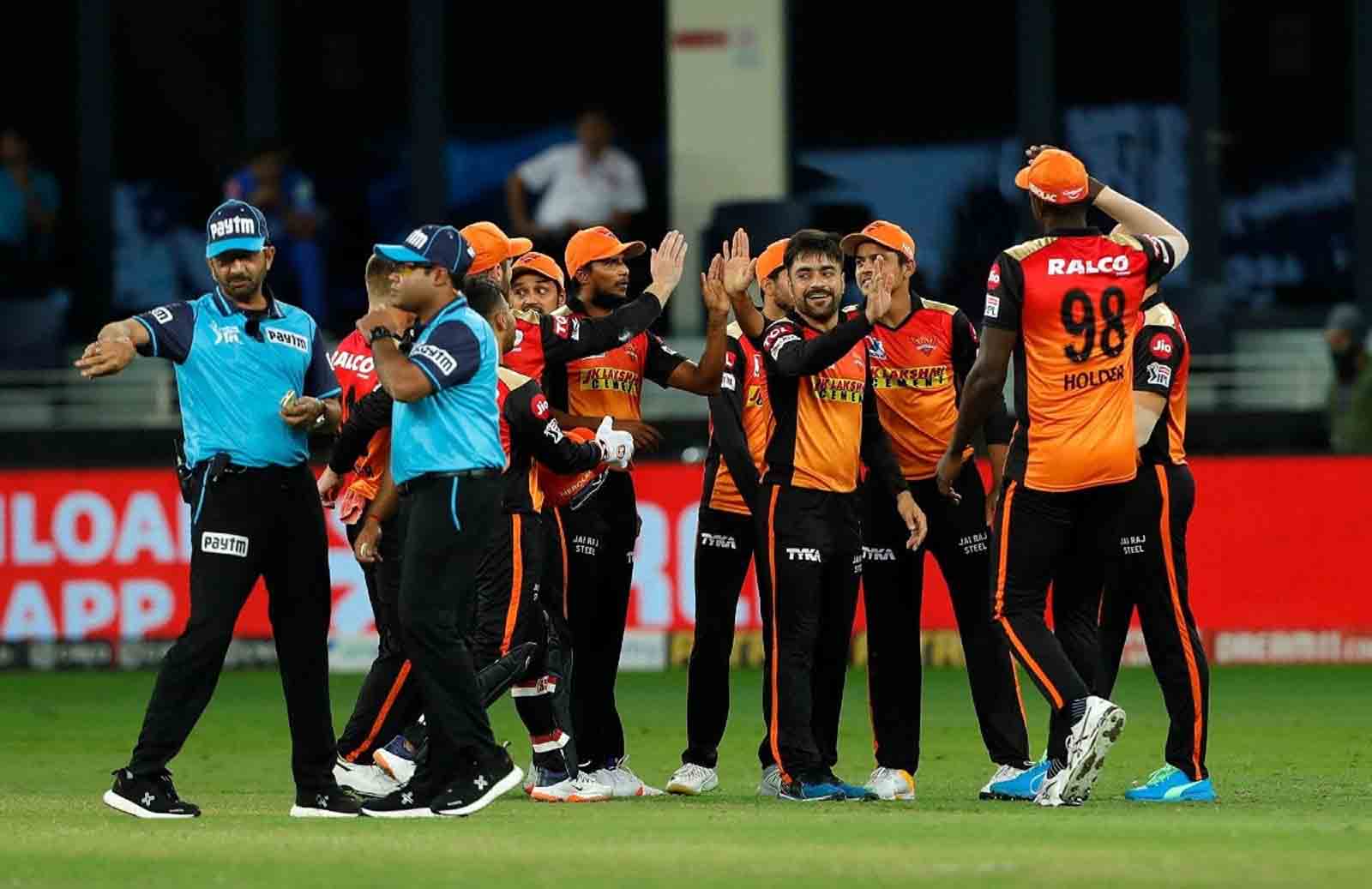 Sunrisers Hyderabad marked a strong comeback in the tournament and defeated Delhi Capitals by a big margin of 88 runs. Wriddhiman Saha emerged as the star for the orange army for playing a swashbuckling knock. But, the game attracted controversy after the on-field umpire Anil Chaudhary seemingly influenced the DRS decision during the IPL 2020 match.

Delhi Capitals won the toss and elected to field first. The decision didn’t go in their favor and their bowlers were smacked all across the park from the word go. Wriddhiman Saha unleashed his beast mode and smashed 87 runs off 45 balls studded with 12 boundaries and two sixes. SRH skipper also well supported Saha from the other end and they were involved in an opening partnership of 107 runs.

Meanwhile, the controversial instance happened in the 17th over of the innings. Sandeep Sharma was the designated bowler, who bowled an inswinger that struck R Ashwin’s pads. He appealed for lbw. The umpire said not out and tapped on his knuckles to indicate that there was an inside edge. And, David Warner, who was about to take a review then decided not to take a review for the same.

According to IPL rules, no player is allowed to consult before deciding, “Under no circumstances is any player permitted to query an umpire about any aspect of a decision before deciding on whether or not to request a Player Review,” reads Article 3.2.3 of IPL’s playing conditions.

“If the on-field umpires believe that the captain or either batsman has received direct or indirect input emanating other than from the players on the field, then they may at their discretion, decline the request for a Player Review. In particular, signals from the dressing room must not be given. Breach of this provision will be liable for reporting under COC.”

Commentators Conversation In The Commentary Box

The commentators at that time also raised questions over the actions of the on-field umpire.

Scott Styris: Should the umpire be doing that? Standing there saying ‘bat’?” asked Styris. “With the ability now of teams to have reviews, should he be giving a clue to the players? When we played before DRS was around, we would often see umpires do that, and there was no problem because he was then helping the fielding team out as to say why it was given not out – ‘I believe he hit it’. But now, with the DRS…”

Bangar agreed with Styris: I’m with your there, Scottie, on the umpire giving an indication to the players when they have to make a decision within those 15 seconds,” he said. “If at all they (umpires) want to convey something to the bowlers or to a player who might have just questioned him, he should be doing that after the 15 seconds. Not straight away after the event has happened.

Brett Lee also agreed: Watch the umpire here, tapping his hand, which is the universal umpire’s signal for ball hitting the bat. It basically says to the fielding side, the bowler – ‘I believe he’s hit it, so there’s no point reviewing’. You still have your right to review, of course, but you’re not going to.”