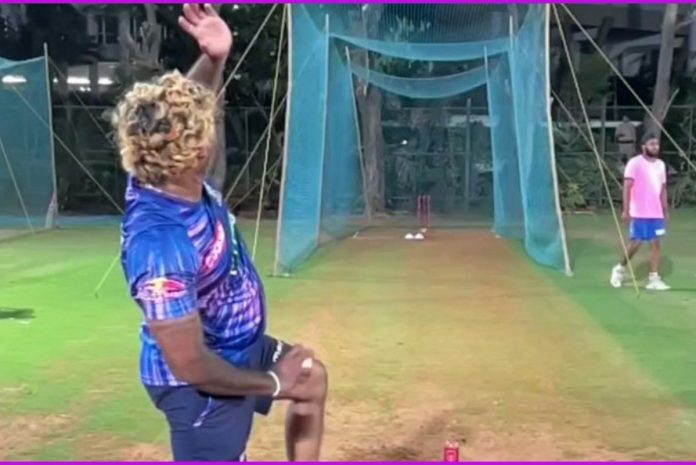 Rajasthan Royals are currently preparing for the upcoming season of the Indian Premier League that is slated to begin from 26th March. The first IPL season winners didn’t had a good stint in the past few years and they will look to get their hands on the silverware in the 15th season.

This year Royals will be with a totally new squad alongside very experienced support staff. Meanwhile, they have also recruited former Sri Lankan pacer Lasith Malinga and the Royals shared a clip of him bowling in the nets that shows the former pacer still has a lot to contribute with the ball.

The Jaipur-based franchise took to their official Twitter handle and shared a clip in which Malinga was spotted bowling a perfect yorker for which he is known in international cricket. RR social media team also gave a caption to their post that read,”Lasith Malinga, he’s still got it!.”

The former pacer has been appointed as RR’s bowling coach. In a recent interview, Malinga said that

“The first thing that always stayed with me was the color – pink. I always saw the team have good international and local players, and whenever I used to face them, it was tough. I think they were always very competitive, and could beat any team on their day.”

“I think we have a fantastic pace attack. You’ve got experienced overseas players like Boult and Coulter-Nile, with whom I’ve worked before. Then we’ve got genuine Indian fast bowlers in Prasidh and Saini, who have proven themselves at the highest level, and some new faces in Anunay Singh, Kuldeep Sen and Kuldip Yadav. In T20 cricket, I think little margins really matter, and I’m here to guide them to deliver their best in all situations,” stated Malinga.

“It was actually last year that Kumar (Sangakkara) asked me if I was interested. But with COVID and all the bubble restrictions, I didn’t want to stay away from my family. But this year, having also worked with the Sri Lankan team, I felt I could use my experience and give back to the game that I love, by working with this group of players,” expressed IPL’s highest wicket-taker.