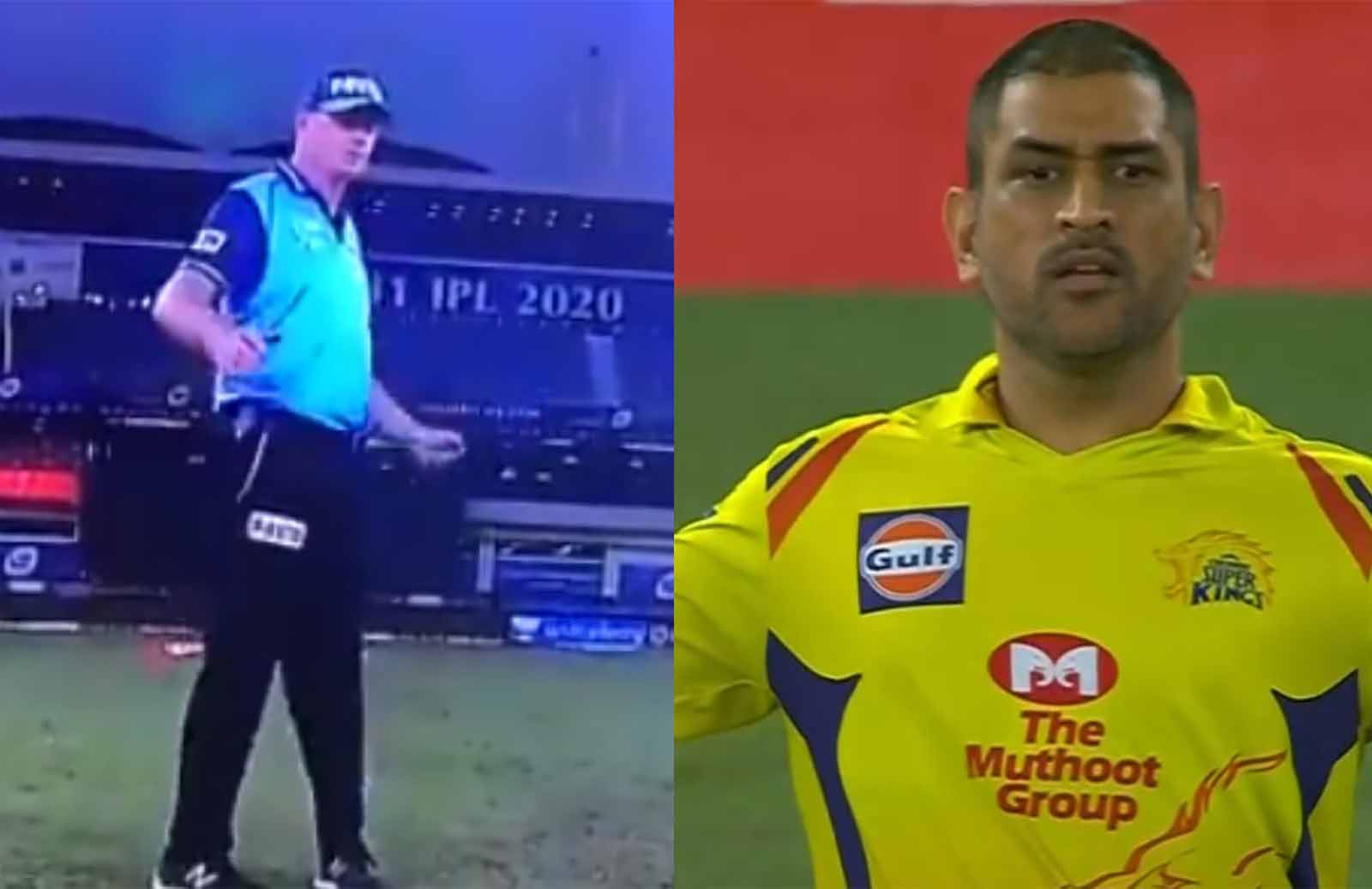 CSK and SRH game attracted a controversial moment after on-field umpire Paul Reiffel changed his decision during the penultimate over of the IPL 2020 game. And, former West Indies international Ian Bishop feels that the umpire took such a decision due to MS Dhoni. Chennai Super Kings won the low scoring affair by a margin of 20 runs. Ravindra Jadeja was awarded Man of The Match for his amazing contribution with the bat and ball.

Chennai Super Kings won the toss and elected to bat first. It was the first occasion when the MS Dhoni side decided to bat first and give a target to the opponents. The three-time IPL winner managed 167 runs on the scoreboard. While chasing the target SRH got off to a stumbling start and lost their in-form opener, David Warner, during the 4th over of the innings. Manish Pandey, who came out to bat at number 3, also joined his skipper back in the dugout after getting dismissed in the same over.

Meanwhile, Kane Williamson looked pretty much on the mark and was smashing the bowlers across the park. He scored a magnificent fifty against fifty before he got out off Karn Sharma. After that none of the batsmen managed good knocks with the bat. In the end, SRH ended up losing the game by 20 runs.

However, the controversial instance happened during the penultimate over of the match. The on-field umpire was about to give the second delivery bowled by Shardul Thakur a wide. But, the official stopped after watching an angry look from MS Dhoni. The fans and SRH players were not happy with that decision. Even David Warner gave a tough look from the dugout expressing his disappointment.

Now, Ian Bishop has opened up over the same instance. The former player said that the umpire changed his decision due to MS Dhoni,” It was wide, it should have been called a wide. He [umpire Paul Reiffel] started calling a wide. He looked up, he saw Dhoni, and he changed his mind,” Bishop was quoted as saying in ESPNcricinfo.