‘It is not just from the captain,’ Graeme Swann explains why CSK win so many titles 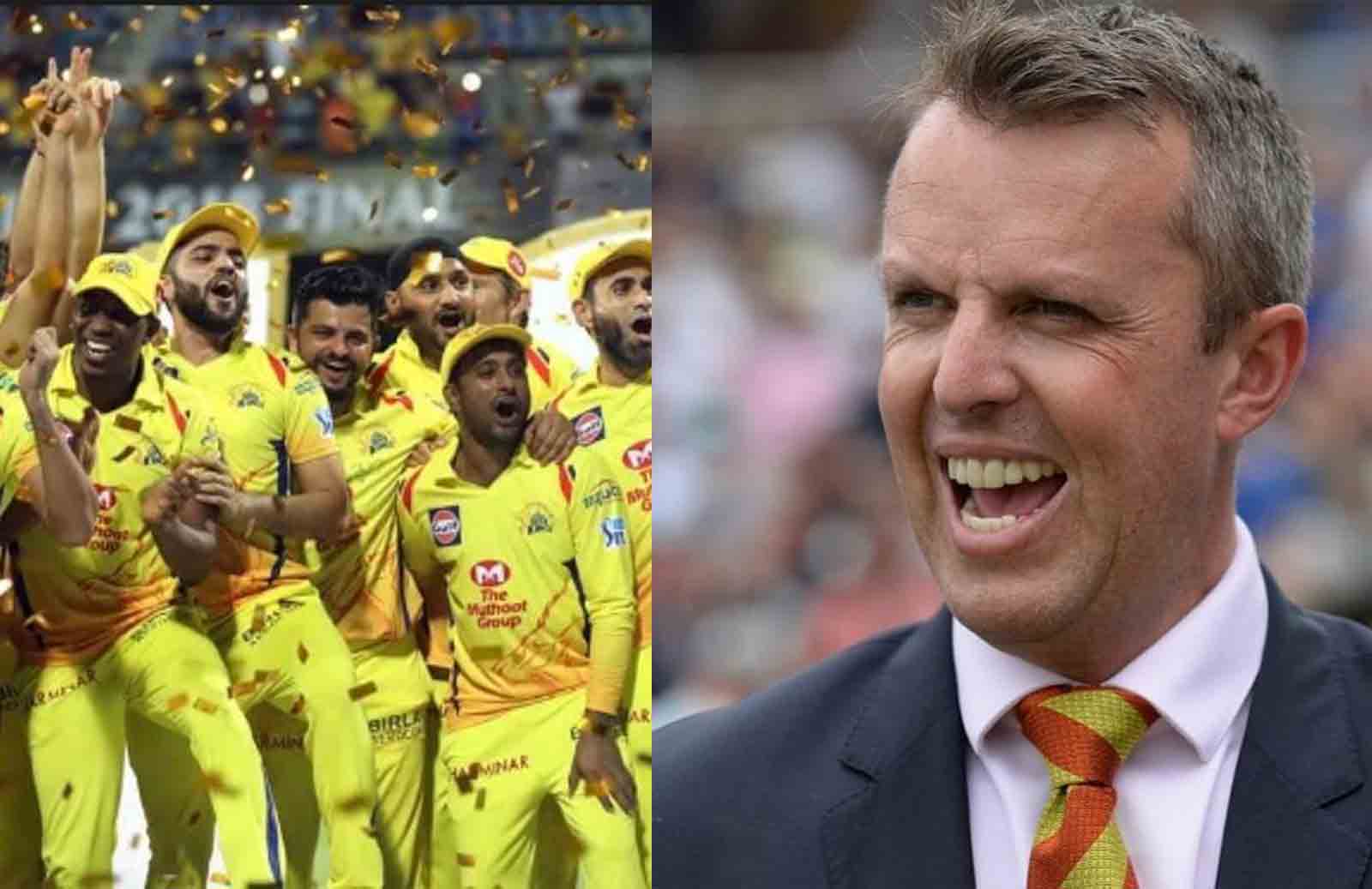 Chennai Super Kings (CSK) has finally managed to get back on the winning track after suffering back to back defeats in IPL 2020. Courtesy to their openers, who performed remarkably well against Kings XI Punjab. Now, Graeme Swann, the former England spinner has come out talking about why CSK is one of the most successful teams in the history of the Indian Premier League.

CSK is the only side that has managed to qualify for the playoffs in all 12 seasons. Moreover, they have won three IPL title. And, it is just one less than the current champions Mumbai Indians. The yellow army is led by former Indian skipper MS Dhoni, who is reckoned as one of the best skippers in the cricketing history.

In IPL 2020, CSK got off the mark with a brilliant win against MI. But, they soon went off track and suffered two consecutive defeats. Meanwhile, the fans brought CSK opener, Shane Watson, under the scanner. He was struggling to score runs with the bat. But, management showed faith in his caliber. And, he soon repaid by performing well against Kings XI Punjab. He hammered 83 runs off 53 balls and was awarded Man of The Match for his swashbuckling knock.

Graeme Swann, the former spinner opines on the success of CSK. He feels that it is not just MS Dhoni due to which Chennai Super Kings have managed to churn out success in IPL. But, it was made possible only because of the support and backing of their management as well as players.

“It (backing) is not just from the captain, even though it’s MS Dhoni who is a huge figure. But it comes from the coach and the whole squad. Knowing that he will come good, Shane Watson always comes good,”

“Remember 2 years ago, he was next to useless in the first part of the IPL but a brilliant hundred in the final. They stuck with him and it’s very good quality. It’s why they win so many titles. They are sensible and they don’t panic,” Swann said on Star Sports.