“It Was a Stunning Performance,”- David Warner “chuffed” For Manish Pandey, Vijay Shankar 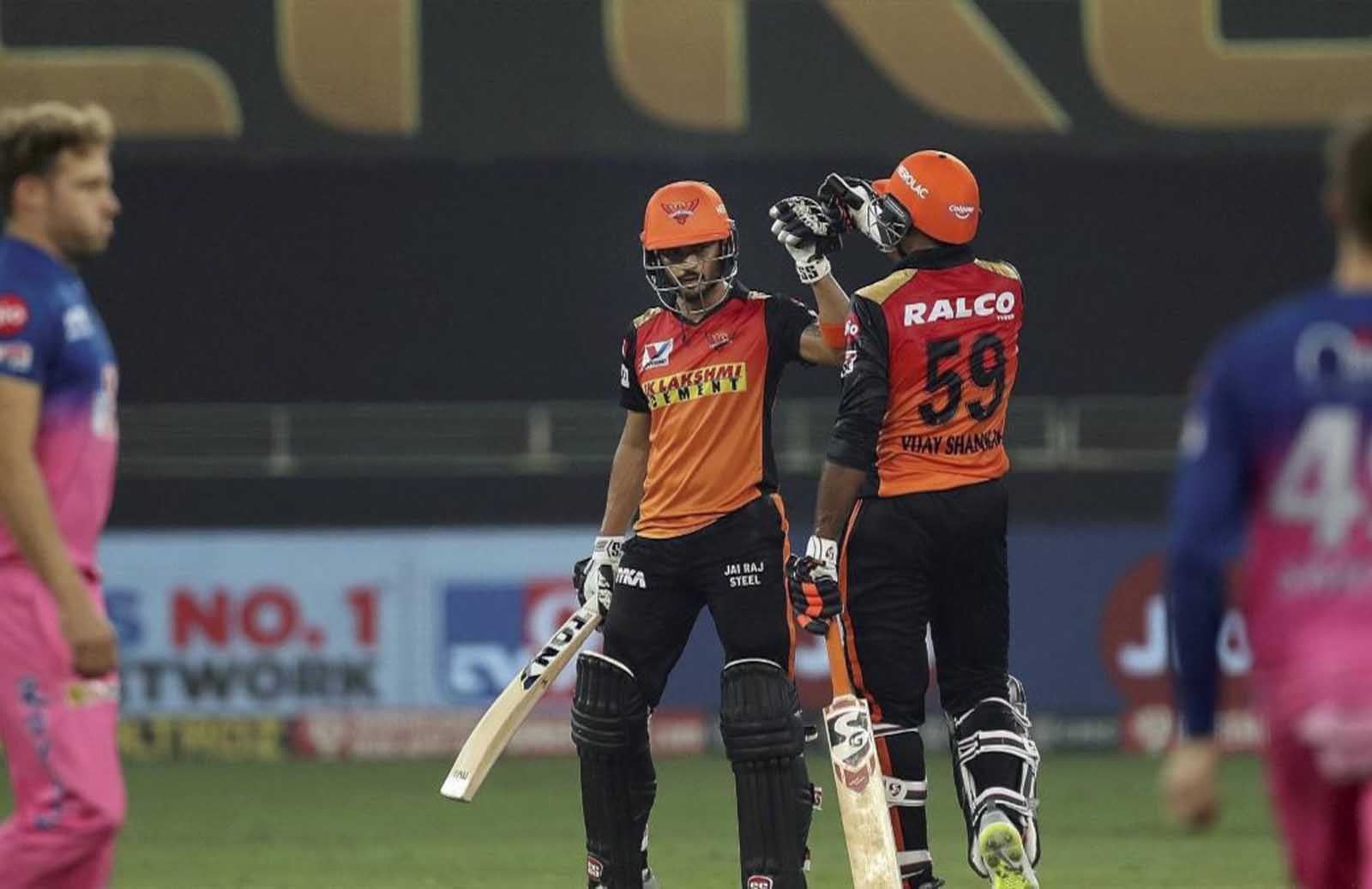 Manish Pandey and Vijay Shankar impressively guided Sunrisers Hyderabad to a convincing win in an important game. And, SRH skipper David Warner is quite happy with the performance of their batsmen against the Royals. He praised his batsmen’s performance in the post-match conference.

SRH won the toss and took a surprising decision to field first on a ground where the chasing side has ended up losing several games. However, SRH bowlers did a great job with the ball. They restricted the opponent at a score of 154 runs. Sanju Samson and Ben Stokes scored in the ’30s for their team.

SRH got off the mark with the worse possible start to their innings They lost the wickets of David Warner and Jonny Bairstow within the first three overs. It looked Royals will easily win the game looking forward to the poor form of SRH’s middle -order. But, that was not the case.

Manish Pandey and Vijay Shankar stitched a partnership of 140 runs and led their side to an important win in the tournament. The former scored 83 runs off 47 balls whereas the latter managed his first fifty in this season. In the end, SRH chased the target with 11 balls to spare in their kitty.

In the post-match conference, David Warner praised Manish Pandey and Vijay Shankar batting performance under pressure situations. He said the duo showed what they are capable of doing with the bat.

“For them to come out and play like this, I am so happy for them. They showed they can build a platform for us to get across the line. Or set a big total. I am chuffed for them. It was a stunning performance. Starts with the toss where you (broadcaster Mark Nicholas) questioned my decision to chase. We were able to bring them back after Powerplay. All in all, the kind of game we were asking for,”  said the SRH skipper during the post-match press conference.

Now Sunrisers Hyderabad has grabbed a couple of points and reached 5th position in the league table. And will be next spotted in action against Kings XI Punjab on October 24.