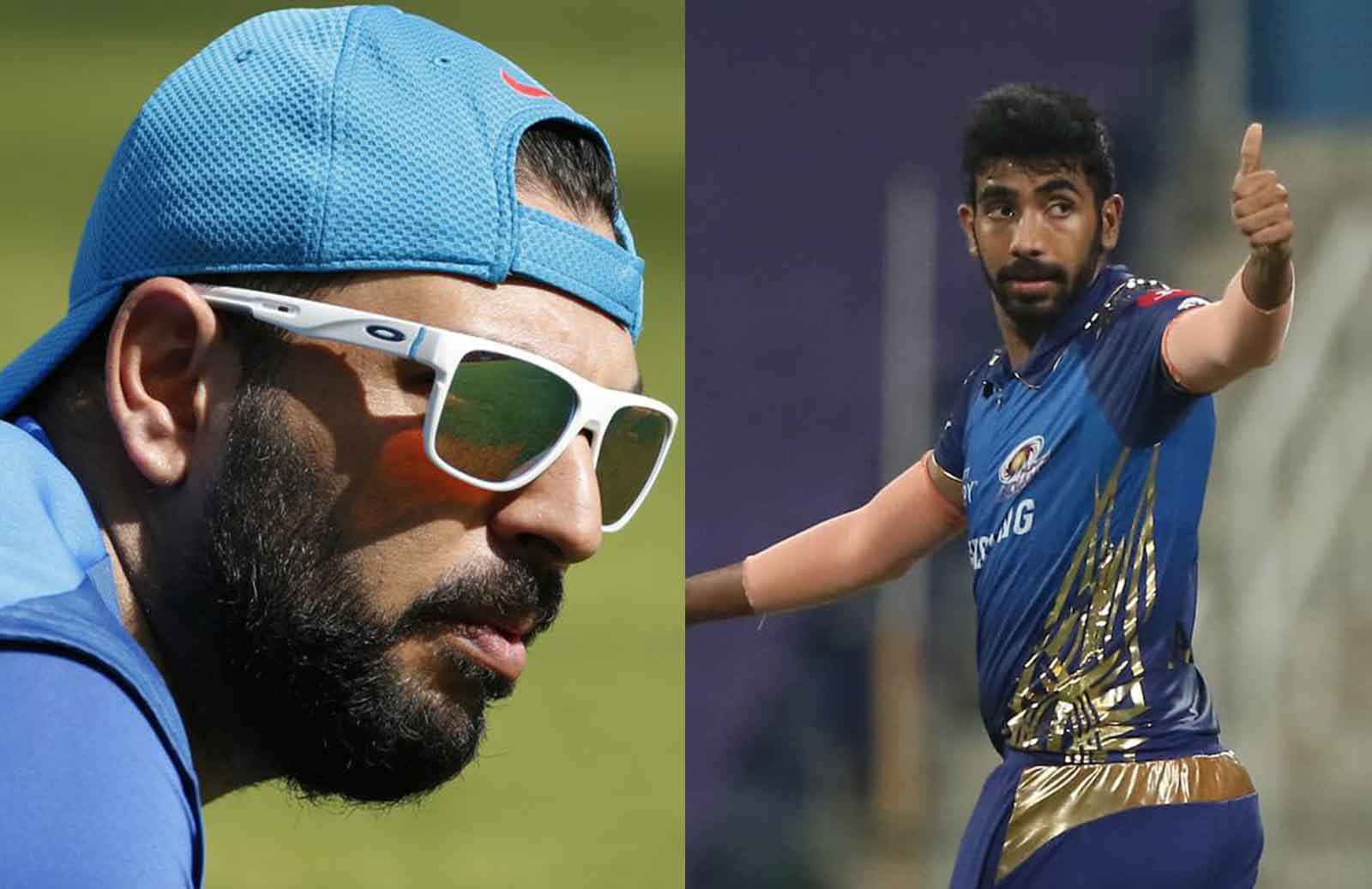 Mumbai Indians clinched win in IPL 2020 after defeating Rajasthan Royals by a margin of 57 runs. And, Suryakumar Yadav was awarded Man of The Match for playing a blissful knock of 79 runs off 47 balls studded with 11 boundaries and 2 sixes. Meanwhile, Jasprit Bumrah also stole the limelight with his remarkable performance with the ball. And, Yuvraj Singh, the former Indian cricketer praised his former IPL teammate in a hilarious fashion.

Bumrah is currently rated as one of the finest fast-bowlers across the globe. His toe-crushing yorkers, inswingers make batsmen struggle on the crease. In the previous IPL game, he was bowled at his best. After a long time, fans got to watch the old dangerous and our very own Bumrah.

Yuvraj Singh praises Jasprit Bumrah in his own style

He took a four-wicket haul in his quota of overs. The right-handed bowler dismissed RR skipper Steve Smith, Rahul Tewatia, Jofra Archer, and Shreyas Gopal. The way he dismissed the former Aussie skipper was a treat to watch. He bowled a peach of a delivery that took an inside edge of the bat and went directly into the gloves of Quinton de Kock. Soon, the netizens took to the micro-blogging site and began praising Jasprit Bumrah for his exceptional performance against RR.

Later on, Yuvraj Singh also joined the bandwagon. He took to his official Twitter handle and hilariously praised the premium fast-bowler of India. He wrote,” Jassi Jaisa koi Nahi ! Great spell @Jaspritbumrah93 my man of the match !! along with @surya_14kumar #IPL2020 #MIvRR.”

Coming onto the game, MI scored 193 runs in stipulated 20 overs. Suryakumar Yadav finished as the top-scorer with 79* runs. Hardik Pandya also made a valuable contribution by scoring 30 runs off 19 balls. However, RR never looked on track while chasing the target. Except for Jos Buttler (70 runs), none of the other batsmen could manage to click a good knock with their willow.

MI easily grabbed two points against RR. And, now they are leading charts by 8 points off 5 games. On the other hand, RR is at 7th position in the league table.