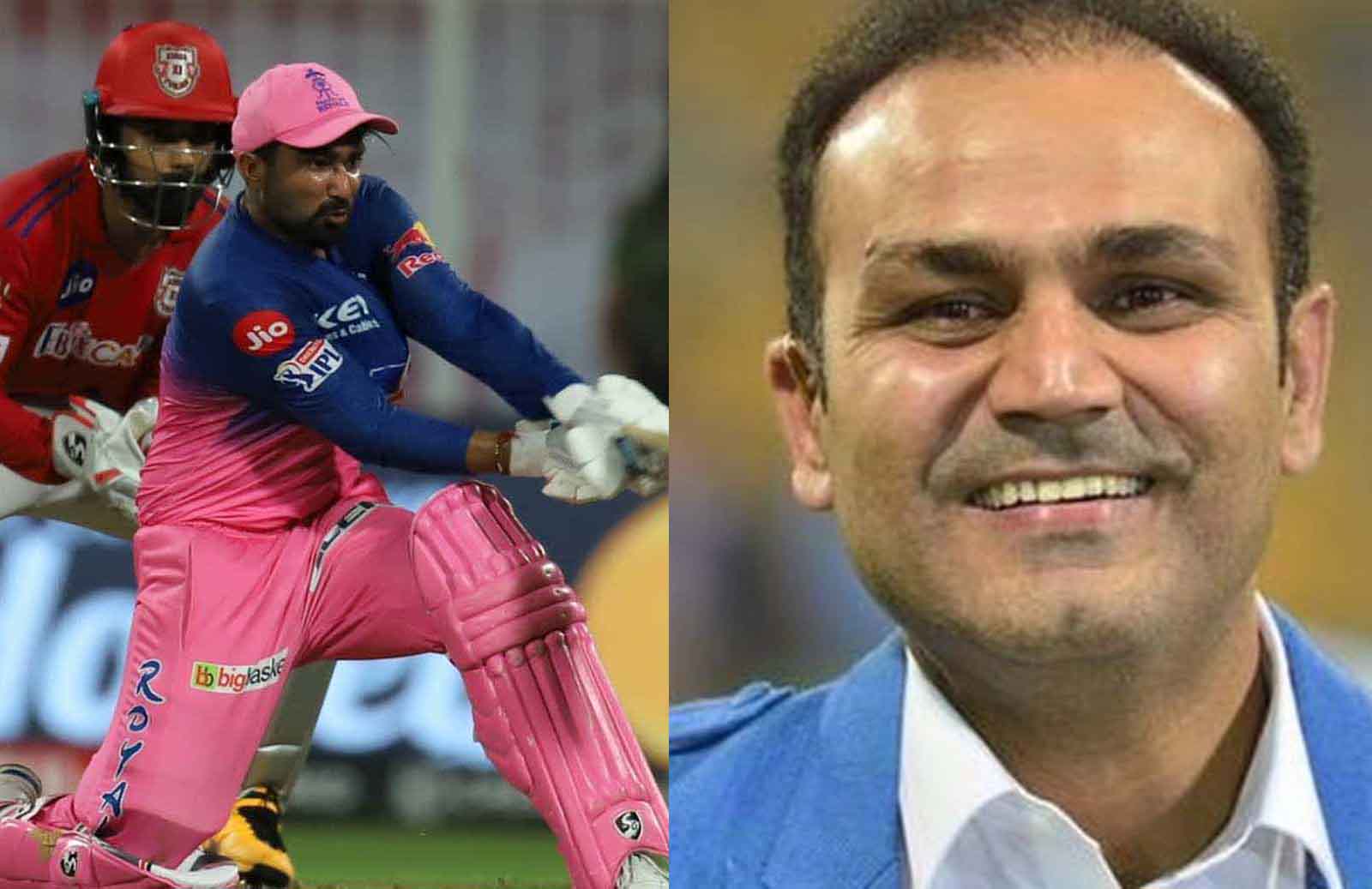 Rahul Tewatia heaped praise from every nook and corner for his fantabulous knock against Kings XI Punjab. Many cricketers congratulated him for the same. Now, Virender Sehwag has also joined the bandwagon. And, the former cricketer is happy to watch on how Tewatia took the game away from KXIP.

RR bowlers performed quite badly due to which KXIP could manage a mammoth total of 223 runs in stipulated overs. But, after Kings batting, nobody knew that RR will create history by chasing the highest total in IPL history. The biggest of all was that Rahul Tewatia will emerge as the star for Rajasthan Royals. Some might have expected good knocks from the likes of Jos Buttler, Steve Smith, and Sanju Samson. And, KXIP came out with some preparations for them. However, Tewatia came out of the syllabus for Kings.

Virender Sehwag reacts in his style

After the dismissal of Smith, RR in a shocking move send all-rounder Rahul Tewatia to bat in the middle. He struggled to score boundaries in his first 19 balls. And, netizens began trolling RR on social media for sending Tewatia ahead of Riyan Parag, Tom Curran, and Robin Uthappa. However, it took only one over for the Haryana born all-rounder to shut down his critics. He was extremely under pressure with the game going away from his side. In the 17th over, Tewatia smacked 5 sixes in an over of Sheldon Cottrell that brought RR back into the game. He showed his potential against an international bowler. In the end, Jofra Archer and Tom Curran finished the game for the Royals in style.