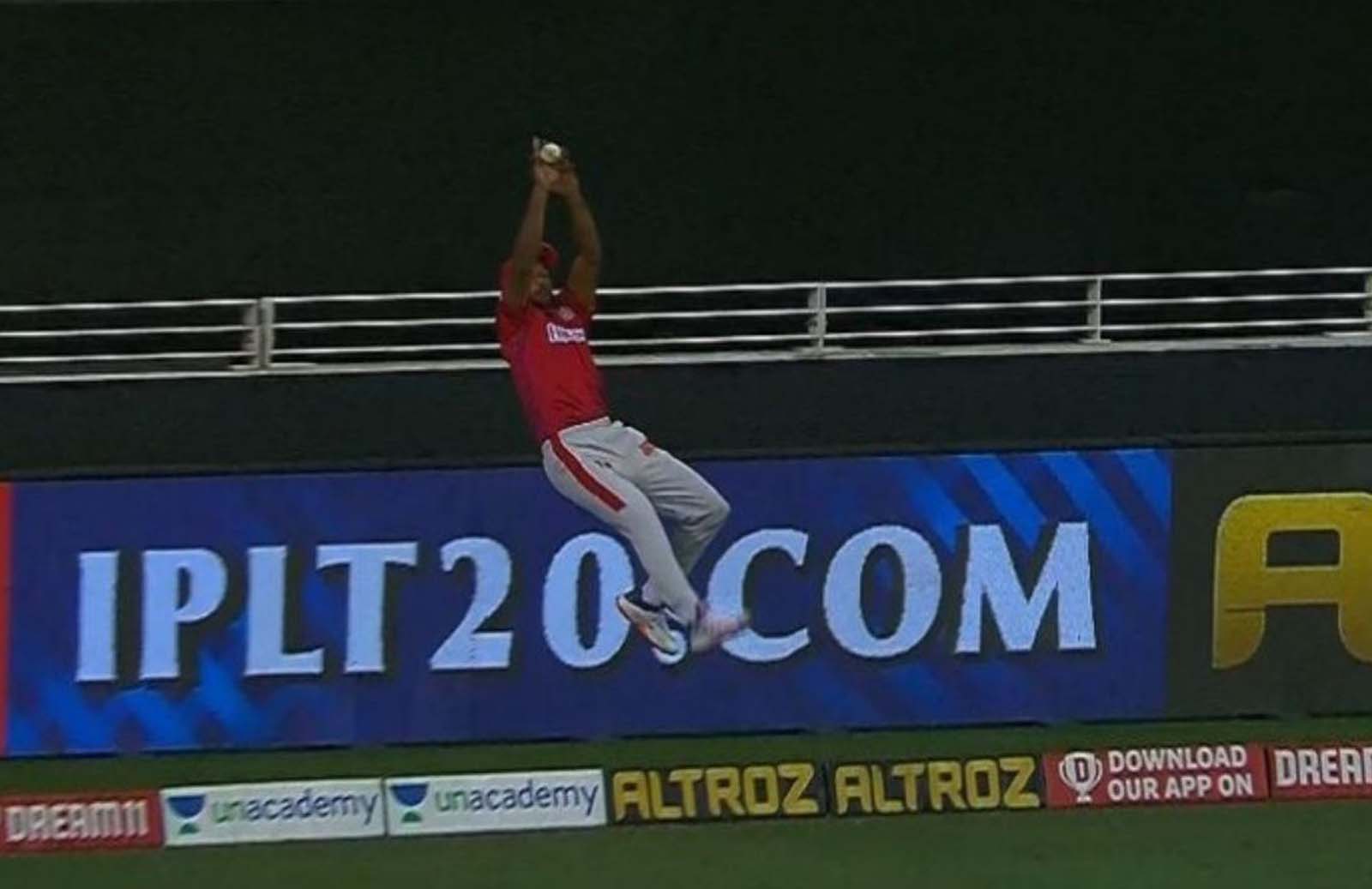 IPL 2020 is in its full swing and on Sunday evening the cricketing extravaganza recorded one of the best games ever played in its past 12 seasons. When Kings XI Punjab took the field against defending champions Mumbai Indians nobody had expected that this is going to be a historic one. For the 1st time in the history of IPL, the teams were involved in two Super-Overs. In this thrilling contest, Mayank Agarwal stole the limelight with his commendable fielding effort in the Super-Over.

MI skipper won the toss and elected to bat first as per the trends. The decision didn’t go down well and Mumbai Indians could only manage a score of 176 runs. And, KXIP also managed the same score during the chase in stipulated 20 overs. The game entered in back to back Super-Overs before KXIP was adjudged as the winning side. From KXIP, KL Rahul once again proved his worth with the bat and scored a brilliant knock of 77 runs. Deepak Hood, Nicholas Pooran, and Chris Gayle also did vital contributions with the bat.

In the first Super-Over, KXIP scored only 5 runs and Mohammed Shami got only 6 runs to defend. The majority had expected that the Indian pacer will successfully defend that total against Rohit Sharma and Quinton de Kock. However, he gave a standout performance and defended that target well. The game then reached into the 2nd Super-Over and KXIP bowler Chris Jordan bowled fine yorkers against Kieron Pollard and Hardik Pandya. The England pacer restricted them from going big.

The game-changing moment came in the 2nd Super-Over when Mayank Agarwal saved a six in the deep mid-wicket that played a crucial role in the end. Kieron Pollard went for a big six against Jordan and the Mayank, who was standing at deep mid-wicket took a long sleep in backward directions and threw the ball inside the ground in a successful attempt to save 6 runs for his side. This restricted MI at a score of 9 runs in 6 balls. In the end, Gayle and Mayank guided their side to their third victory in IPL 2020.