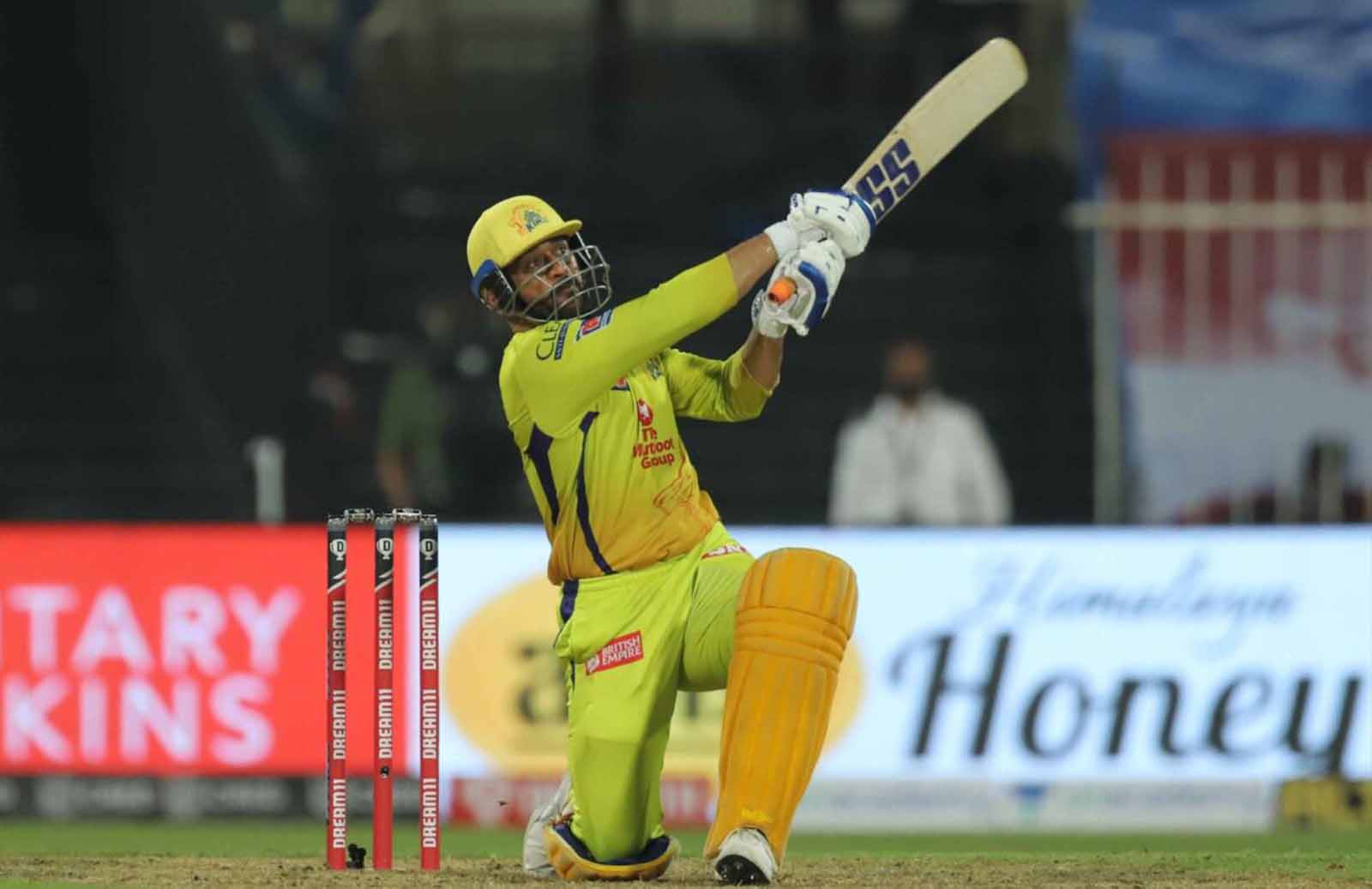 Chennai Super Kings lost the game to Rajasthan Royals by a margin of 16-runs. But, still, the cricket fans will be satisfied after watching MS Dhoni hitting the ball out of the park in his style. He showed a trailer of what fans can expect from him going ahead in IPL 2020. Meanwhile, a fan got a big gift in the form of a ball that was smacked by the former Indian skipper for a six.

RR managed a mammoth total of 216 runs on the scoreboard for CSK to chase. Earlier, it looked that the three-times title winners batting line-up will easily go past that total. But that was not the case. Royals bowlers bowled brilliantly and didn’t give any room to CSK batsmen to open their arms. This is the reason why Chennai Super Kings lost the game by 16 runs. Faf du Plessis played a glittery knock of 72 runs off 37 balls studded with seven sixes and one boundary. After his departure, the responsibility came onto the shoulders of our very own “Thalla”.

MS Dhoni hits one out of the park

The fans expected that MSD might be able to turn the things in favor of CSK. But, that was not the case. Although, former champions suffered a defeat. But, still, they will be satisfied to watch MS Dhoni hitting long sixes all across the park towards the end of the innings.

RR picked Tom Curran to bowl the final over of the innings. CSK needed 38 runs off 6 balls. And, the equation came down to 36 runs off 4 balls when Dhoni took the charge in his hands. He slammed three back to back sixes off Curran and showed that there is still a lot of cricket left in him. The first six that Dhoni managed with his willow delivered the ball into the streets of Sharjah.

Soon camera captured that a fan standing outside the stadium picked the ball and went to his home. Undoubtedly, it is going to be one of the biggest gifts for the fan.

Here is the clip of MS Dhoni six

Here is how a fan picked the ball and went away