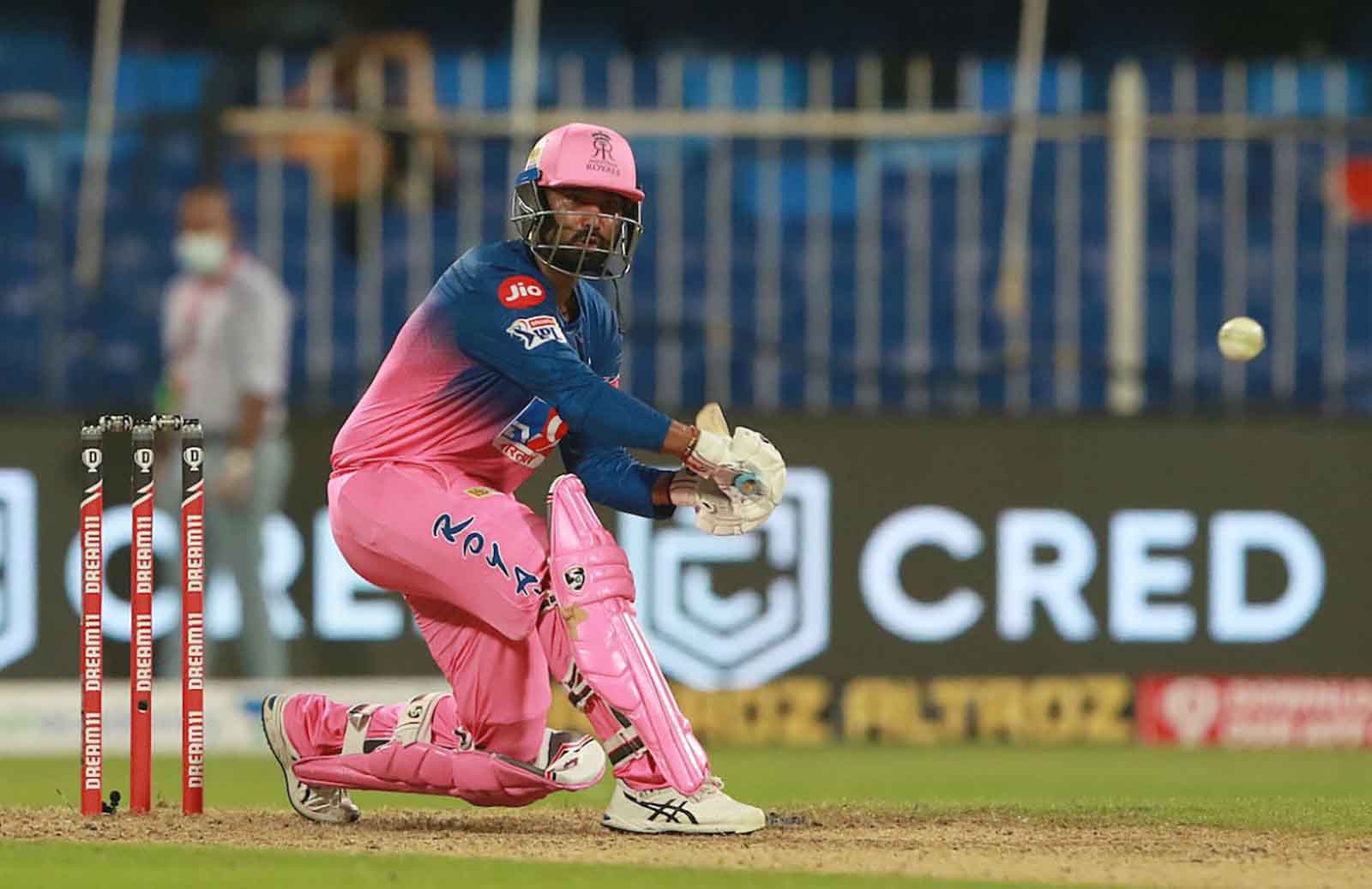 Rajasthan Royals had a fantastic match against Kings XI Punjab. And, it turned out to be a memorable one for Rahul Tewatia, who turned his biggest nightmare into a dream come true game. RR chased the highest ever total in the history of IPL. Courtesy to Steve Smith, Sanju Samson, and Rahul Tewatia’s contribution with the bat.

RR won the toss and elected to field first. But, this decision didn’t go down well for the Royals. KXIP opener Mayank Agarwal (106) and KL Rahul (69) came out with an intent to smack bowlers all across the park in Sharjah. They stitched a record-breaking partnership of 183 runs for the first wicket. Royals bowlers looked pretty much helpless throughout the game and they didn’t get enough assistance from the wicket.

Finally, after 16 overs, Tom Curran managed to get a breakthrough for his side. He dismissed Mayank Agarwal on his third delivery. Soon, KL Rahul also got out in his quest to score runs at a higher strike rate. However, the damage was already done and the Royals knew that they will have to chase a mammoth target. In the end, Nicholas Pooran smacked 25 off 8 and KXIP ended up scoring 223 runs on the scoreboard.

Coming onto the chase, RR lost their dashing opener, Jos Buttler, at a score of 19 runs. He tried to smack Cottrell for a boundary. But, he ended up giving a catch to Sarfaraz Khan inside the 30-yard circle. The fans thought that it is going to be an easy game for KXIP. But that never turned out to be one. Steve Smith and Sanju Samson hammered bowlers in every direction of the ground. The Aussie batsman scored 50 runs off 27 balls before he was dismissed by James Neesham in the 8th over.

The target looked way beyond RR’s reach and Samson was trying his best to create a history in IPL. In a twist, the Royals send Rahul Tewatia to bat at number 4. And, for the first half-hour, it turned out to be a nightmare for the youngster. He was not able to gather boundaries and sixes with the bat. Meanwhile, Samson was also dismissed by KXIP quick Mohammed Shami. After Samson’s dismissal, the majority of the fans lost their hopes. But, there was still a lot of drama left in the game.

In the 17th over of the innings, he certainly revived his career by smacking five sixes against Sheldon Cottrell. At one moment, RR was in need of 51 runs off 18 balls. But, in the 18th over equation came down to 21 runs off 12 balls. In the end, a couple of sixes from Jofra Archer’s bat and a boundary from Tom Curran helped RR chased down the highest total in IPL history with 3 balls to spare.