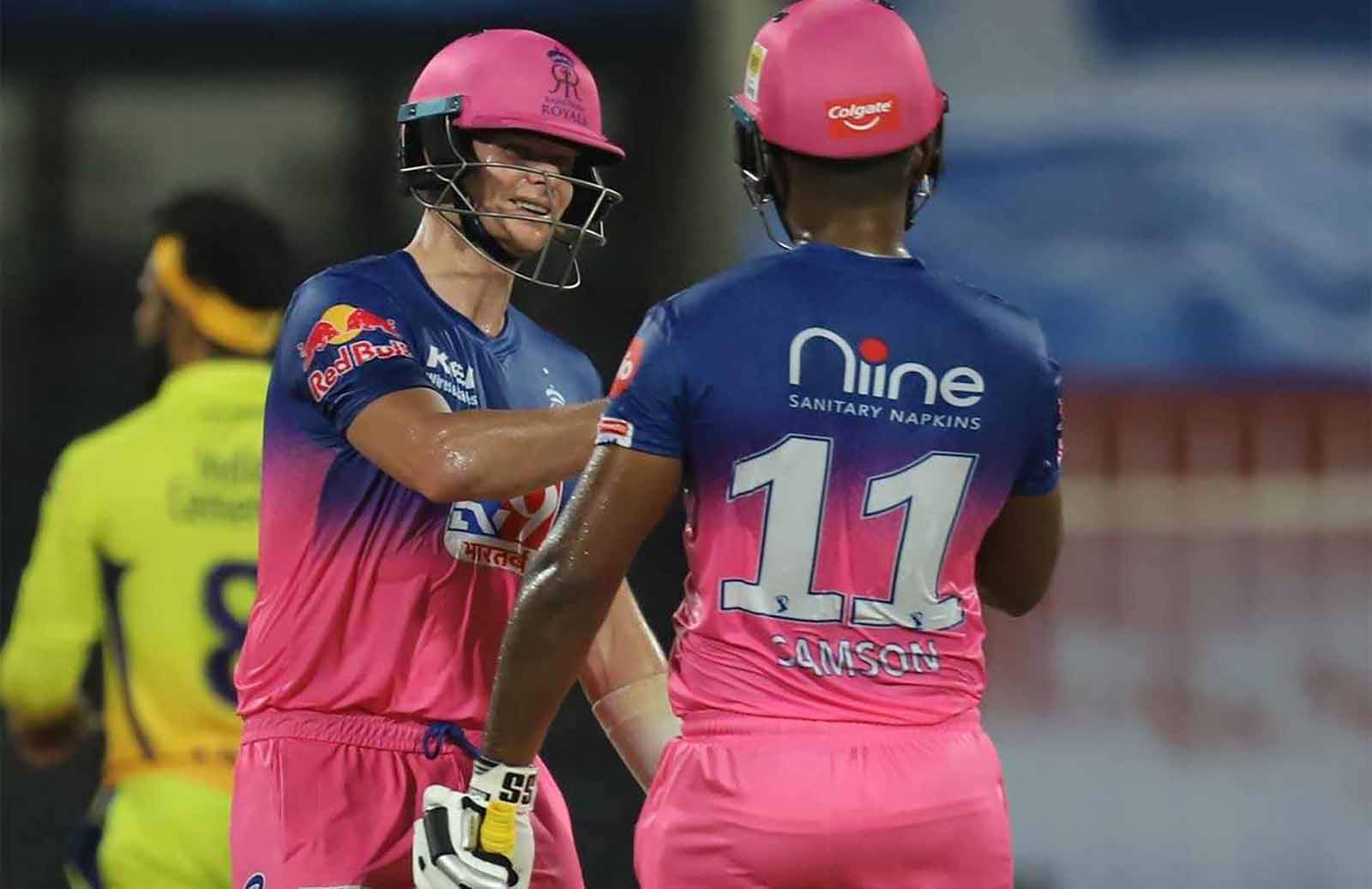 Rajasthan Royals turned their fortunes against Chennai Super Kings on September 22. The former defeated latter in a high scoring encounter 16 runs. Courtesy to Sanju Samson and Steve Smith’s knock that made it possible for RR to defeat three-times IPL winners. And, Royals have finally managed to break their losing streak against CSK.

CSK skipper MS Dhoni won the toss and invited RR to bat. And, the bowlers proved their skipper decision right by dismissing debutant Yashaswi Jaiswal in the second over off Deepak Chahar. From that point onwards, things began slipping down from the hands of CSK.

Steve Smith and Sanju Samson stitched a magnificent partnership of 121 runs and rescued their side from the early setback. Smith scored 69 runs off 40 balls and Samson managed 74 runs off 32 balls. The duo gave a much-needed momentum to the side.

CSK quick Lungi Ngidi broke the dangerous-looking partnership of Samson and Smith in the 12th over of the innings. Afterward, Sam Curran tried to revive his side by taking wickets in back to backovers. He took three wickets in his four-over spell. He finished as the best bowler from CSK in the match. To a point, Chennai Super Kings had brought down the momentum of RR to a halt. But, Jofra Archer’s blitz in the final over changed the whole game scenario. RR scored 30 runs in six deliveries that helped them in scoring 216 runs in stipulated 20 overs.

Coming onto the chase, CSK looked on backfoot after a slow start. Murali Vijay and Shane Watson failed in giving a flying start to their side. The latter tried his best on scoring at a high strike rate. But, Vijay was in no mood to smack the bowlers during the game. After the former Aussie batsman, Faf du Plessis came out to bat at number three.

He played a remarkable inning in the previous outing against MI. And, Proteas batsman was on fire against RR as well. He turned the one-sided game into a thrilling game going ahead in the match. du Plessis scored 72 runs off 37 balls studded with seven sixes and one boundary.

However, he didn’t get enough support from the receiving end. Kedhar Jadhav scored only 22 runs off 16 balls. In the end, Dhoni tried some strokes but the game was already finished until then. In the stipulated 20 overs, CSK scored 200 runs and lost the game by 16 runs. After the game fans took to social media and gave an applauds to RR’s performance against CSK.

Here is how fans reacted on social media: