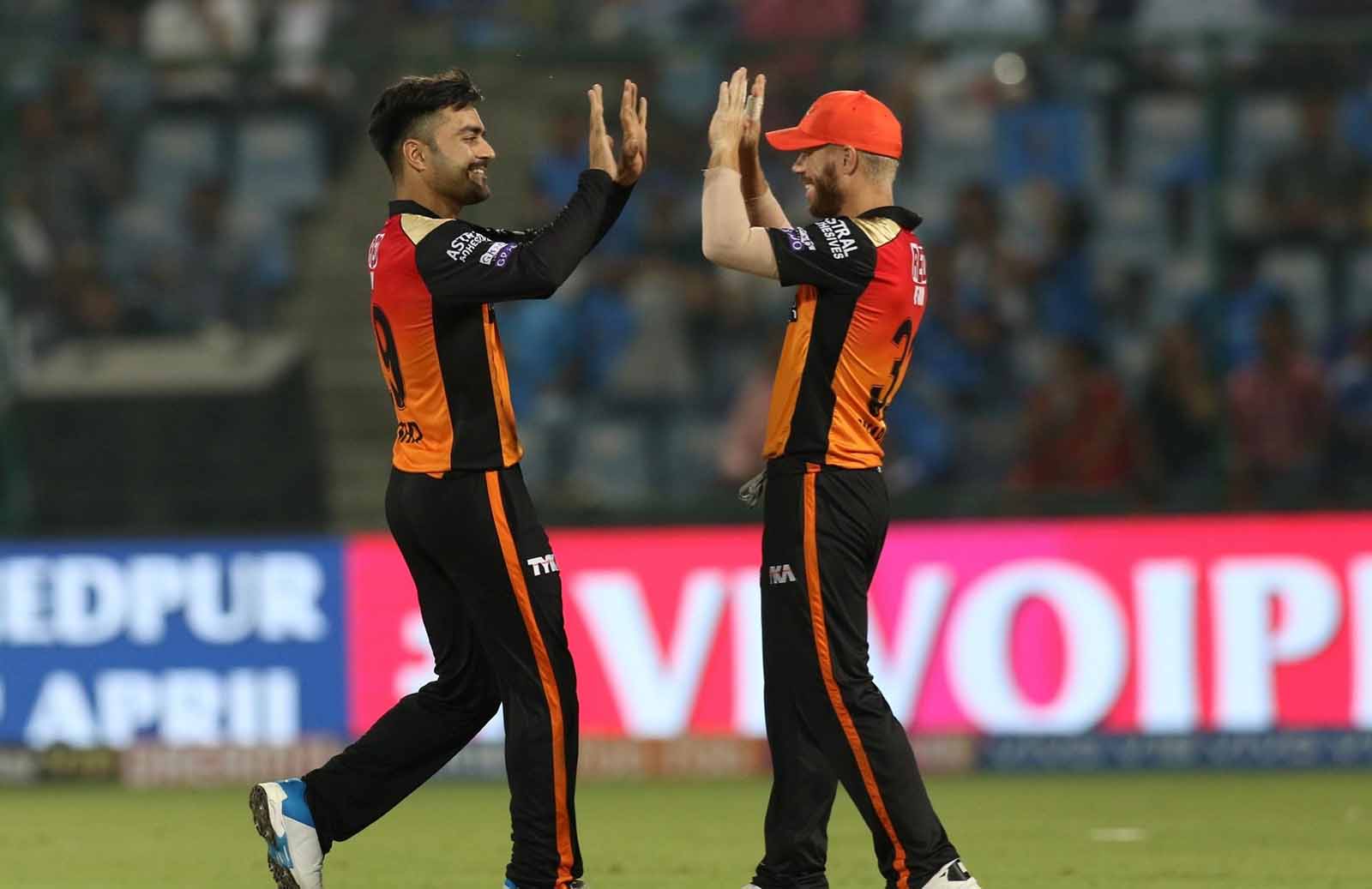 Rashid Khan starred in SRH maiden win in IPL 2020. He grabbed three-for against the in-form side of Delhi Capitals. After the game, he revealed what David Warner said during the game that helped him in performing well with the ball for his side.

SRH locked horns with DC in Match 11 of the Indian Premier League. The former scored 163 runs in 20 overs. And, in reply Shreyas Iyer fell short of 15 runs. This was the first victory of Sunrisers Hyderabad in this edition. Courtesy of the amazing bowling effort of Bhuvneshwar Kumar, T. Natarajan, and especially Afghanistan spinner Rashid Khan, who registered amazing bowling figures of 3 for 14 in a low scoring affair.

The 22-year-old spinner said that David Warner always backs him to perform better in every game. As per Rashid, he always tries to come up with a good approach in the games. The leg-spinner also added that he doesn’t take the pressure of the game.

Rashid opined that every game and bowling conditions are different. So, he waits for the first three-balls to assess the nature of the track in order to get the best turn out of it.

“Warner always backs me and tells me that you know what’s best for the team. That’s what we discuss in the field. I don’t put pressure on myself, I just keep myself calm and composed and focus on what I can do. I just go out there and do the basics right. I bowled quicker today, when I started and bowled my first ball, I realized it. You need two-three balls to know what the right pace is. In these conditions, you need to bowl back of a length to the batsmen,” Rashid Khan said as quoted by Hindustan Times.

The Afghan spinner also added that the last one and a half-year was quite difficult for him as a player. He expressed his pain saying that the demise of his father was a major setback for him.

“Tough one and a half years for me, first my dad expired and it took a bit of time for me to come back. My mom was my biggest fan, especially in the IPL and when I was the MoM, she would always talk to me through the night,” the Rashid said.