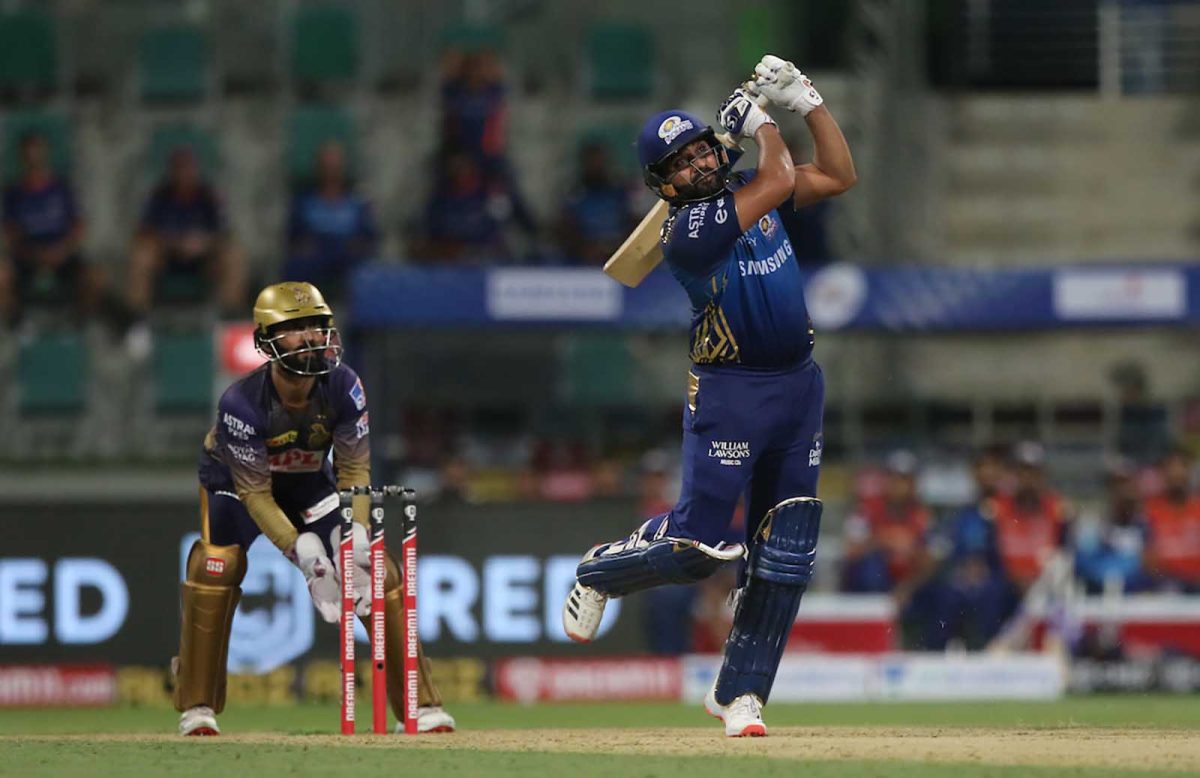 Kolkata Knight Riders were involved in a cricketing battle with Mumbai Indians on September 24. The defending champions came out all guns blazing against the former champions and registered thumping victory by 49 runs. Rohit Sharma played a memorable knock in the tough and hot conditions of Dubai that guided MI to their first win in IPL 2020.

KKR skipper Dinesh Karthik won the toss and asked MI to bat first. Quinton de Kock once again failed to perform well for the blues. He scored only one run before he was dismissed by young Indian pacer Shivam Mavi. Suryakumar Yadav, who came out to bat at number three came batted with an aggressive approach alongside Rohit Sharma.

Suryakumar played a quickfire knock of 47 runs off 28 balls. And, he got run-out due to a miscommunication with his partner on the field. Until then Rohit got settled on the wicket. And, he soon banging fours and sixes all across the park. He was certainly dealing in sixes with his willow. He managed 80 runs off 54 balls studded with six sixes and three boundaries. Saurabh Tiwary and Kieron Pollard also contributed well with the bat. And, Hardik Pandya, who was batting brilliantly got hit-wicket out.

Shivam Mavi emerged as the best bowler for KKR. He took two important wickets in the game at an economy of 8.00. MI managed a total of 196 runs in stipulated 20 overs.

Coming onto the chase, KKR didn’t get an expected start to their innings. Both, their openers failed to score runs in double-digit. MI pace battery Trent Boult and James Pattinson dismissed them with ease.

Afterward, KKR skipper Dinesh Karthik and Nitish Rana spent some time on the wicket. They stitched a partnership of 47 runs but at a low strike rate. DK was dismissed by Rahul Chahar. Soon Nitish Rana was also dismissed by Pollard, who was playing his 150th game for Mumbai Indians.

Then things went from bad to worse after Eoin Morgan and Andre Russell failed to click good knocks with the bat. Pat Cummins came out to bat in the lower order entertained fans with his quick knock. But, it was too late for KKR. He mustered 33 runs off 12 balls. Finally, KKR could score only 146 runs in 20 overs and suffered defeat by 49 runs. And, Rohit Sharma was awarded Man of The Match for his glittery knock.