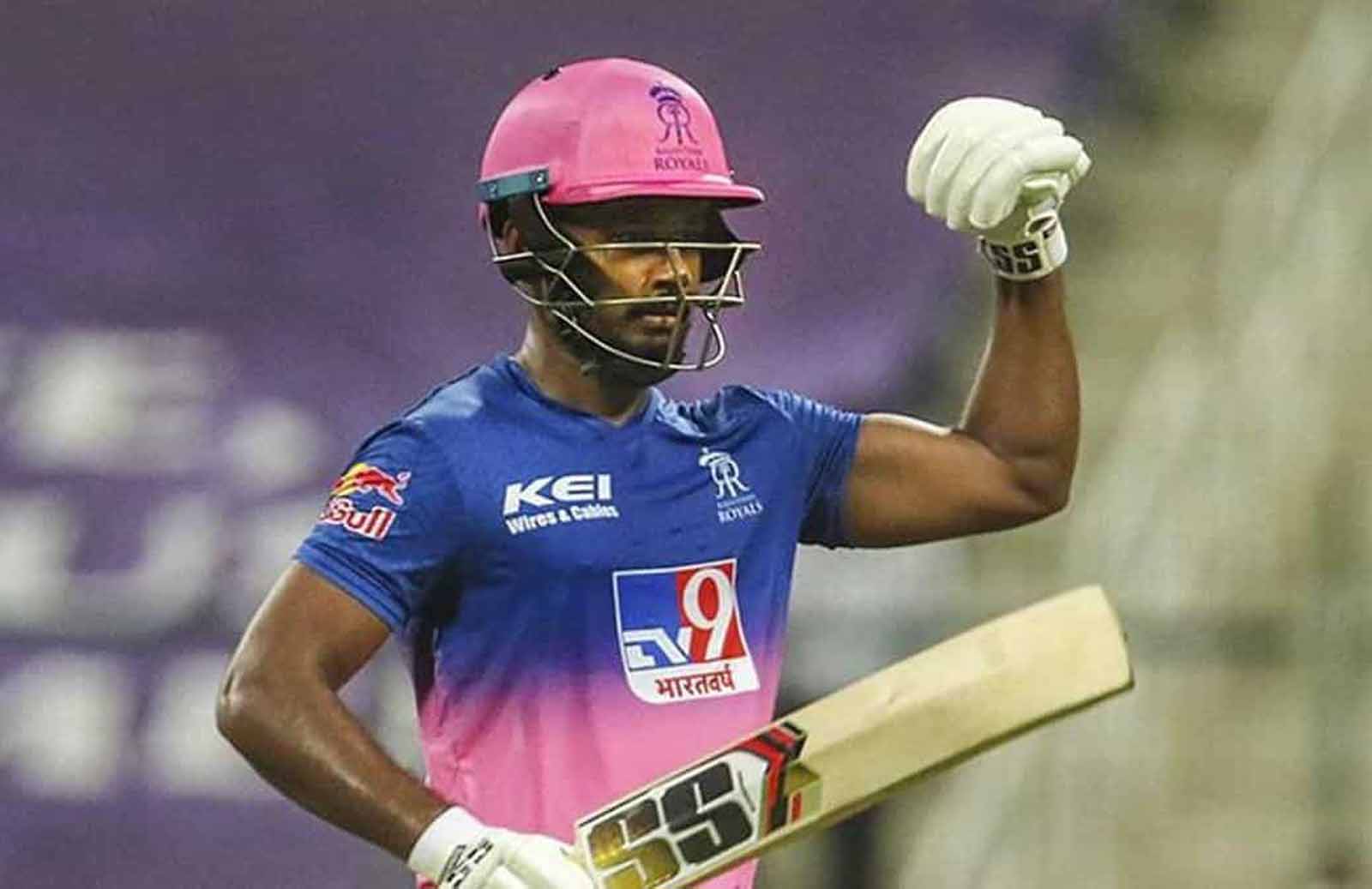 Sanju Samson was back in his top-notch form against Mumbai Indians. He smashed 54 runs off 31 balls and played a key role in making his team win the must-win game. The Kerala-born batsman celebrated his half-century in style by showing his biceps. Now, he has revealed the main reason behind the same.

The 25-year-old is now a senior player when it comes to playing in the Indian Premier League. Although, he doesn’t have vast experience of playing in international cricket. But, he has been playing in the cricketing extravaganza since 2013. And, management had expected to him to set the stage on fire with his blitzkrieg knock. Also, he lived up to the expectations of his franchise.

Samson unleashed his beast mode against MI bowlers and smashed them for boundaries and sixes in every region. His swashbuckling knock was studded with three monstrous sixes and four boundaries.

Sanju Samson Opines on His Glittery Knock Against Mumbai Indians

In the post-match conference, Samson said that he acquired a bit different approach against Mumbai Indians. He tried to give himself some time to get settled on the wicket before taking the charge. The right-handed batsman accepted that he was going against Rahul Chahar. But, didn’t get his timing right. So, he thought to first read the wicket before going for maximum.

Samson also asserted that while he was in the middle, he kept himself reminding that he is the strongest man in the world and can hit sixes.

“I kept on believing in myself. When you play 14 games, you’ll have to go through ups and downs. I worked a bit on my game plan. In bigger grounds, on different wickets, you need to take more time, play more cricketing shots, that was the difference I did today. It was amazing (batting with Stokes). We have spent a good time out in the middle in the last three games, this was the best time with him, really enjoyed it,” Samson told the host broadcaster Star Sports at the post-match presentation.

“I did give myself some time but at the same time I was looking for boundaries, I was trying a few hits against Chahar but couldn’t. The intent was there, I took 5-6 balls to get in and then started showing intent. No method (to hit sixes), just watch the ball and hit it. Reminding myself what my name is, I think Samson is the strongest man in the world, I keep remembering that. I am very strong and I can hit more sixes.” Sanju Samson said in the post-match conference.