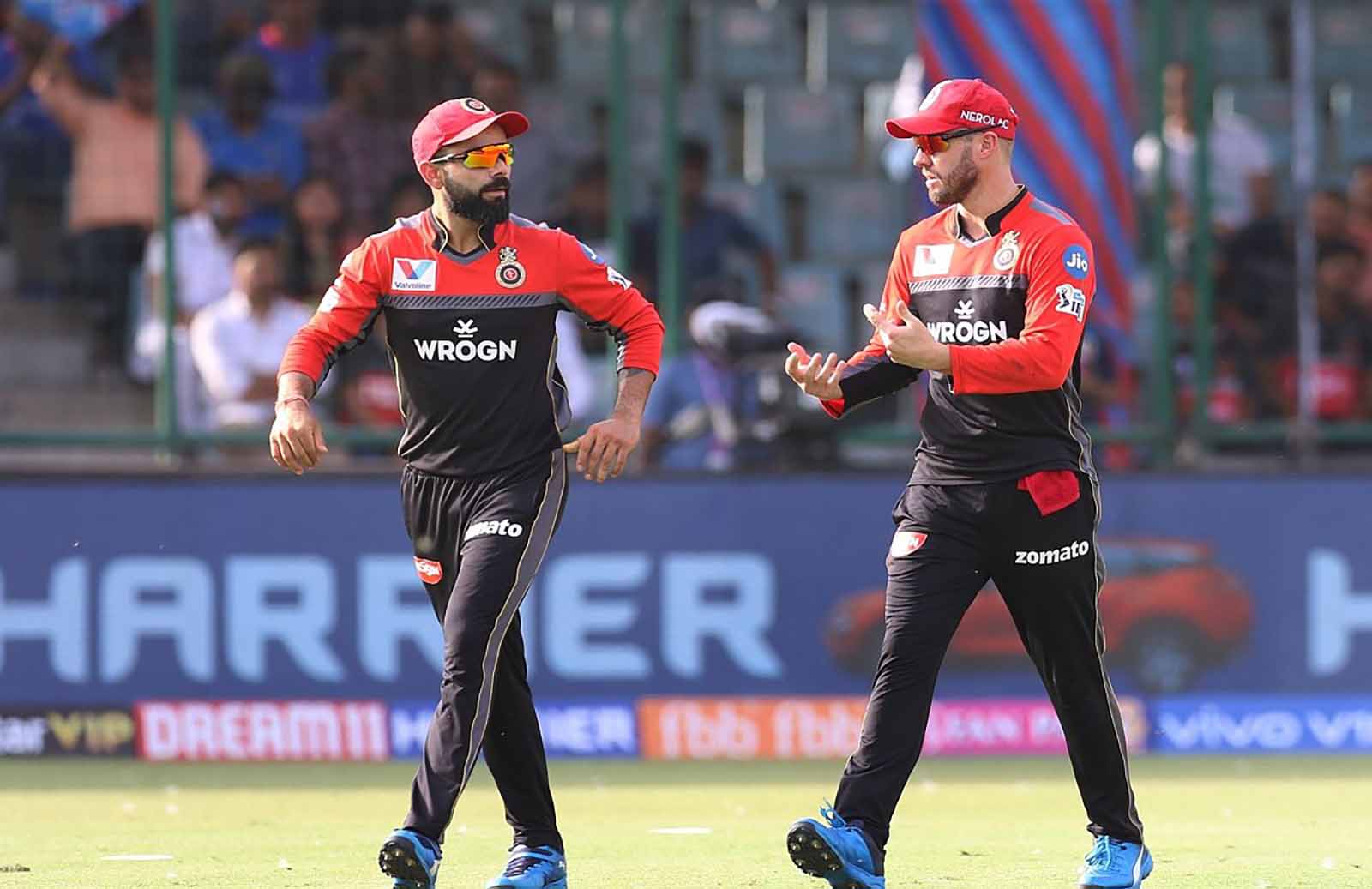 RCB is all set to open their campaign against Sunrisers Hyderabad on September 22. And, fans are ready to watch some big names like Virat Kohli, AB de Villiers back on the field after a long span of time. And, there is news that the whole RCB side will wear a different type of jersey throughout IPL 2020. Moreover, Virat and ABD were spotted wearing that jersey during the practice session in a tribute to Corona Warriors.

IPL 2020 began on September 19 with a match between Mumbai Indians and Chennai Super Kings. It is known that the cricketing extravaganza was all set to begin from the last week of March. But, due to novel virus, the tournament got postponed for an indefinite period. Meanwhile, lakhs of people across the people lost their lives. And, Corona warriors tried their best to protect the maximum lives possible from the killer pandemic.

Ahead of the SRH game, AB de Villiers has revealed that a guy named Paritosh fed two needy people during the lockdown. In a heartwarming gesture, he will be wearing a jersey with his name engraved on the back of his uniform. He also changed the name of his official Twitter handle to Paritosh. He took to his official account on the microblogging site and informed his fans about the same.

“I salute Paritosh, who started ‘Project Feeding from Far’ with Pooja & fed meals 2 needy during the lockdown. I wear his name on my back this season 2 appreciate their challenger spirit,” De Villiers wrote on his Twitter handle, which was also renamed as Paritosh Pant.

Similarly, Virat Kohli also followed the footsteps of his teammate and changed the name of his Twitter handle to another Corona Warrior with the name of Simranjeet Singh. RCB skipper revealed in his tweet that read, “My COVID Heroes jersey as a sign of solidarity and gratitude to everyone who is right now going the extra mile to support the community at large. They have batted day and night and fought on the field, and I am honored to call them my heroes.”