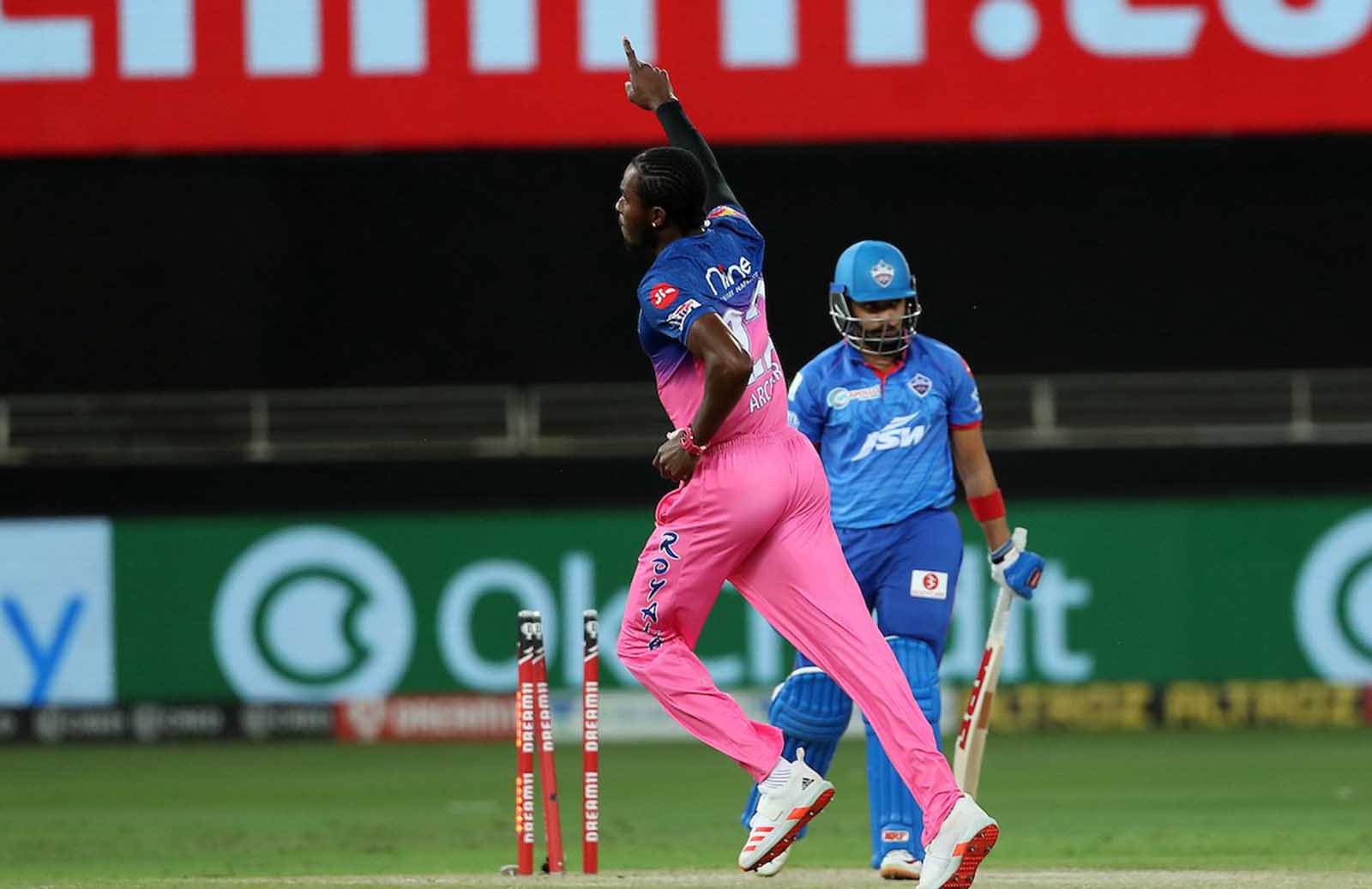 Jofra Archer, the Rajasthan Royals fast-bowler bowled at his best against Delhi Capitals. However, leaving his performance aside, he was also spotted doing Bihu dance after dismissing Prithvi Shaw for a golden duck.

Rajasthan Royals lost the game to Delhi Capitals by 13 runs. But, one positive thing that they can take forward is the performance of their bowlers. They restricted the table-toppers at a par score of 161 runs. Archer took three wickets followed by Jaydev Undakat, who took two wickets.

However, it was their batsmen that couldn’t perform well with the bat. Only Ben Stokes and Robin Uthappa were the players, who contributed well with the bat. The former scored 41 runs off 35 balls studded with six boundaries and the latter scored 32 off 27 balls. RR managed only 148 runs for a loss of 8 wickets in stipulated 20 overs. And, ended up losing the game by a small margin of 13 runs.

Jofra Archer and His Bihu Dance Steals The Show

RR bowlers performed well and Jofra Archer was the star of the night for them. He got off the mark with a wicket in the match. He bowled a peach of an inswinger that uprooted the stumps of the batsman on strike. Prithvi Shaw himself couldn’t believe that he got out without scoring a single in the game. Soon after, the ground camera’s recorded Jofra Archer performing a trademark step of Bihu dance and flaunting it in front of Riyan Parag, who introduced this form for the first time in the tournament.

After smashing the match-winning six against Sunrisers Hyderabad in the last game, he was spotted performing the Bihu dance on the field. In that match, he scored a match-saving knock of 42 runs off 26 balls that helped Rajasthan Royals in registering a close win over the former IPL champions.