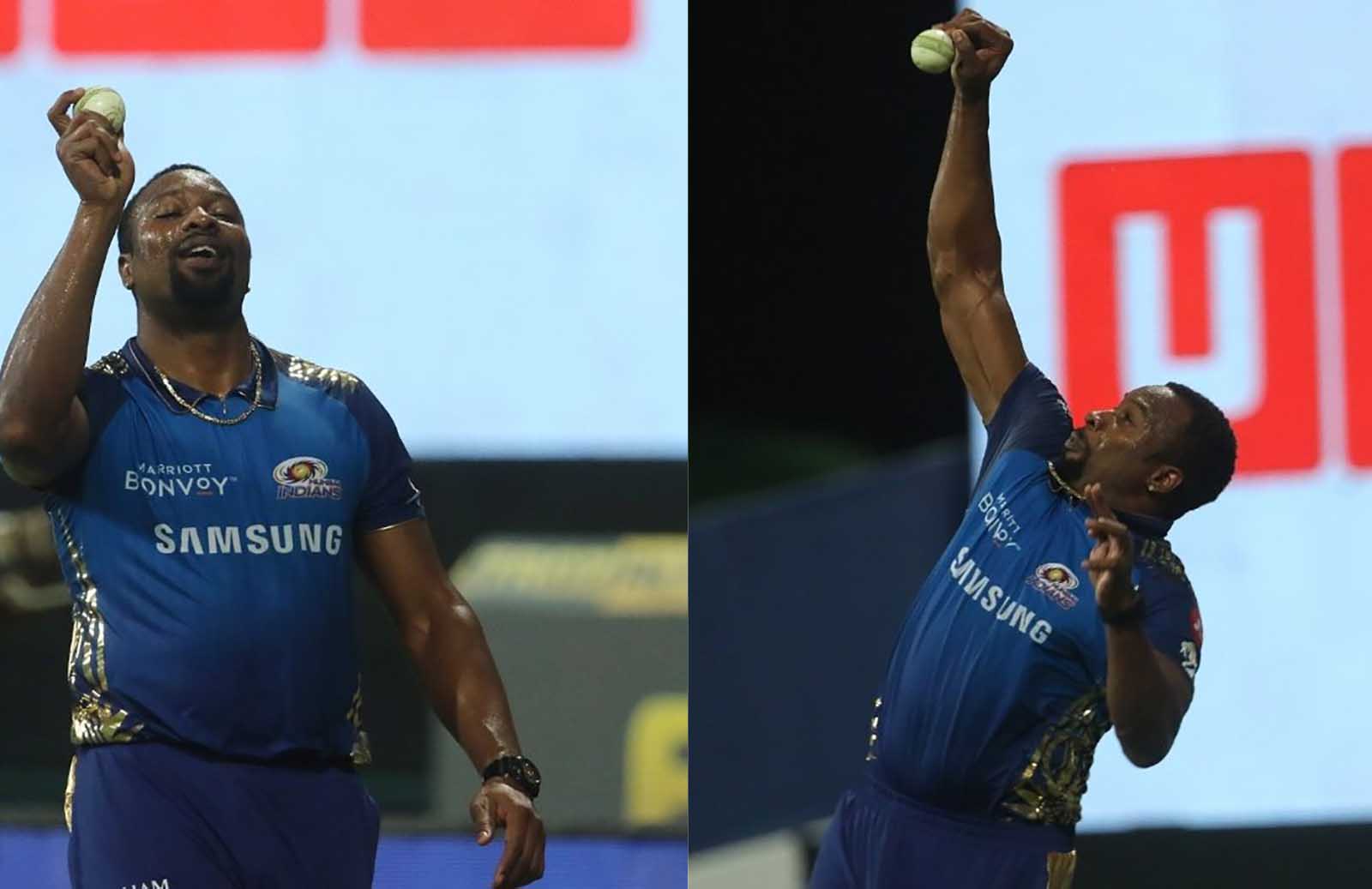 Mumbai Indians thrashed Rajasthan Royals by 57-runs and registered their fourth win in IPL 2020. MI batsmen performed brilliantly that led their side to a mammoth total of 193 runs. Suryakumar Yadav was awarded Man of The Match as he stole the limelight on the back of his swashbuckling knock of 79 runs off 47 balls. But, it was Kieron Pollard catch near the boundary rope that became the talking point between the fans.

MI won the toss and elected to bat first. They managed a big total on the scoreboard of 193 runs. Coming onto the chase, RR lost their first wicket on the second delivery of the innings. They got off to a worse possible start as Yashaswi Jaiswal was sent back to the pavilion by Trent Boult. Steve Smith also failed to spend some time on the wicket. And, he got out after scoring 6 runs. The poor show of Sanju Samson with the bat continued against MI as well. He played an irresponsible stroke off Boult and ended up giving an easy catch to Rohit Sharma.

Kieron Pollard lights up the ground with his world-class catch

RR was struggling at a score of 12 runs for 3 wickets. However, the Royals were still in the game as their opener Jos Buttler was still on the crease. He took some time to get settled on the wicket before taking the charge against the bowlers. The right-handed England opener was the only man standing between MI and their fourth win in IPL 2020. He scored 70 runs off 44 balls at a strike rate of 159.09 before he was caught by Kieron Pollard near the boundary rope.

On the 3rd delivery of the 13th over, James Pattinson bowled a full-length delivery. And, Buttler eyes light up and he soon took a step back in order to dispatch the ball for a six. However, he failed to get his time right. And, Kieron Pollard, who was standing at the long-on, took a long leap in order to get his hands on the ball.

In a successful attempt, the ball first slipped out of his hand. But, he grabbed it in his second strive. It was splendid catch taken by Pollard to dismiss dangerous batsman Buttler. It showed that the West Indies international grabbed a catch that was at a height of 9.8 feet high from the ground.

In the match, Anukul Roy also took a world-class catch to dismiss Mahipal Lomror earlier in the game.