Watch: MS Dhoni Lost His Cool That Leads Umpire To Change His Decision Against SRH 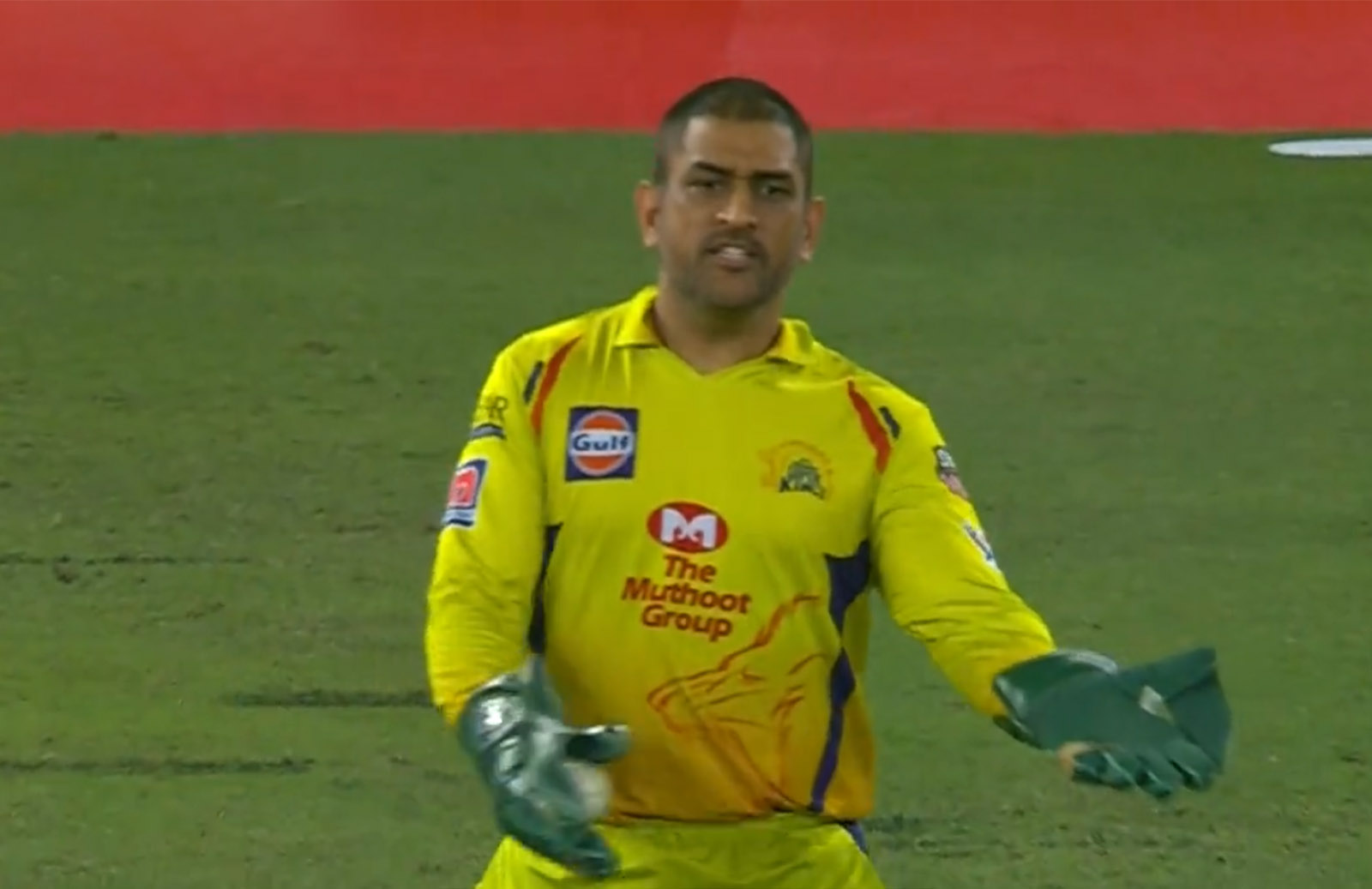 Chennai Super Kings registered a dramatic win over Sunrisers Hyderabad by a margin of 20 runs. However, this game attracted controversy after Umpire Paul Reiffel changed his decision of giving a wide during the penultimate over of the inning bowled by Indian pacer Shardul Thakur. And, it was pretty much visible that MS Dhoni was the reason standing behind the stumps that forced Umpire to change his decision.

MS Dhoni & Co came out to bat first in the match. Shane Watson and Ambati Rayudu scored good knocks in forty’s that helped Chennai Super Kings in posting a respectable total on the scoreboard of 167 runs in stipulated 20 overs for a loss of 6 wickets. SRH got off to a worse possible start and they lost their skipper David Warner in the 4th over. The Orange Army suffered back to back blows in the same over following the loss of Manish Pandey. Courtesy to Dwyane Bravo’s amazing fielding that sent Indian batsman back to the pavilion.

CSK was well in the game before Kane Williamson came out to bat. The latter tried his best to turn the game in his side’s favor. Most importantly, he almost managed to do so. He scored 57 runs off 39 balls studded with seven boundaries before getting dismissed off Karn Sharma. In the end, the equation came down to 25 runs off 12 balls. MS Dhoni gave the penultimate over in which the whole drama took place.

On the second delivery of the over Shardul Thakur bowled a wide yorker to Rashid Khan. It was visible that the ball was bowled away from the tramline. Even, the umpire also felt the same, who was about to give it a wide. But, from behind the stumps MS Dhoni gave a strong angry look that forced Umpire Paul Reiffel to change the decision.

SRH players were not impressed with the same. And, their skipper David Warner also showed his disagreement from the dugout. It seems IPL 2020 is not going well for MS Dhoni. Earlier, he was brought under the scanner due to his poor batting form. But, now, he has attracted controversy due to his anger.