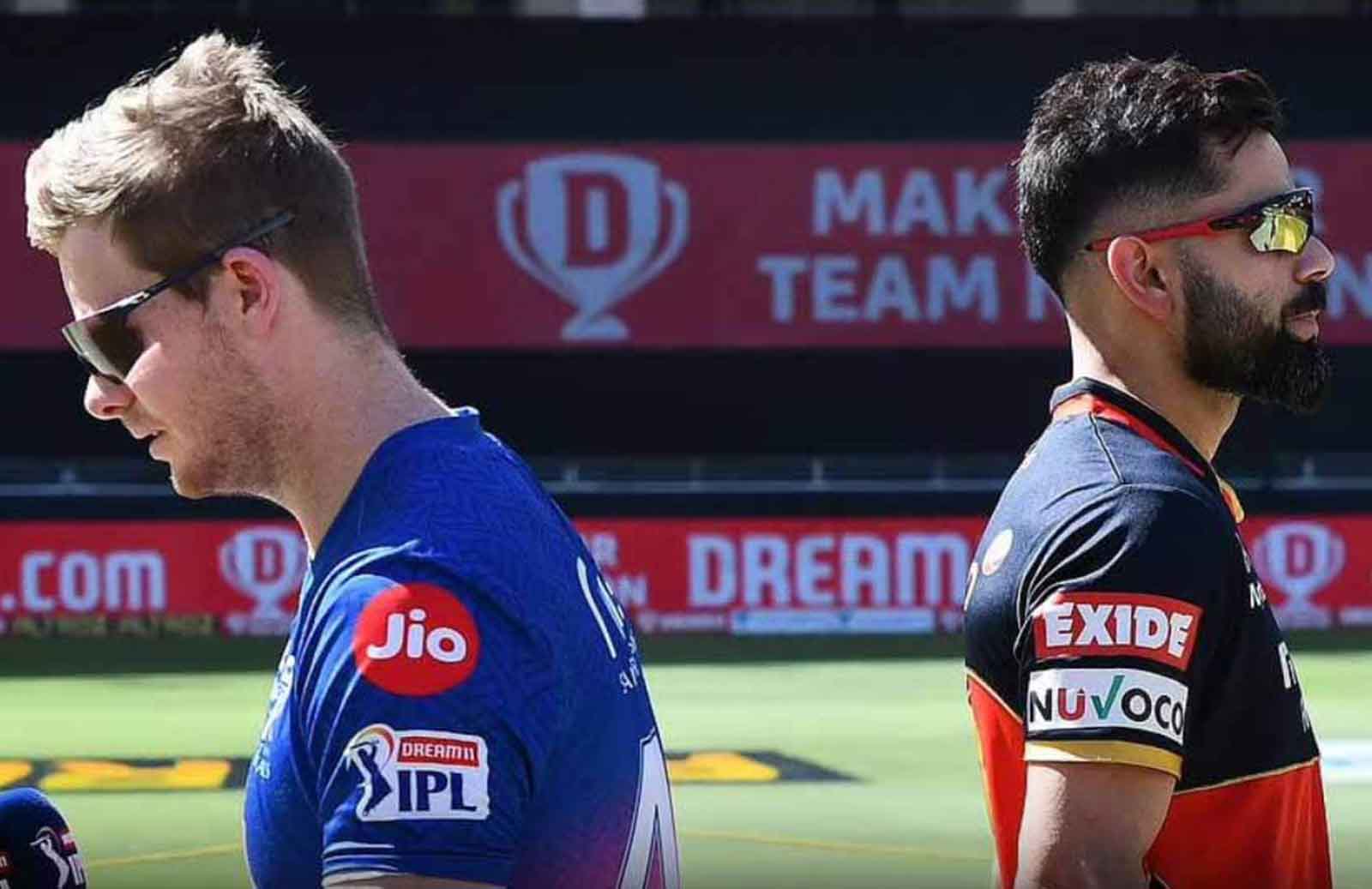 Virat Kohli didn’t have to work hard on the pitch against Kolkata Knight Riders and his side easily managed a win. RCB registered a remarkable victory by 8 wickets and courtesy to Mohammed Siraj lethal bowling spell that broke the backbone of KKR. The netizens have been praising youngsters all over social media for his commendable effort. But another thing that stole the limelight was Virat Kohli, who imitated Steve Smith batting stance before the KKR game, during the practice session.

The RCB skipper always comes out with his fun activities before the game. Recently, he was spotted flaunting dance moves during the practice session. He did the same before the KXIP game in this edition. Every now and then he tries to come with one or another hilarious activity on the field.

Virat Kohli and His Funny Activities

On Wednesday, Royal Challengers Bangalore players were busy gearing up for the Kolkata Knight Riders game. And, Virat Kohli looked in a light mood taking throwdowns from the bowler. With bat in his hand, he imitated how Steve Smith usually bats in cricket. The way the Indian skipper did that was quite funny and the video went viral on social media in a few moments.

Coming onto the match, KKR skipper Eoin Morgan won the toss and elected to bat first. He committed a big mistake by taking a chance to bat first and this was the moment when things began going against the former IPL champions.

KKR got off the mark with the worse possible start in the game and ended up at a score of 84 runs in stipulated 20 overs. Siraj bowled a couple of maiden overs and grabbed three wickets. Yuzvendra Chahal also took two wickets and Navdeep Saini dismissed only one batsman. It looked like a cakewalk for RCB strong and power-packed batting line-up.

They chased down the target in 13.3 overs at a loss of 2 wickets. Devdutt Padikkal scored 25 runs off 17 balls. Virat Kohli managed 18 runs and Gurkeerat Singh Mann muscled 21 runs. Mohammed Siraj was awarded Man of The Match for bowling a dream spell against Knight Riders.