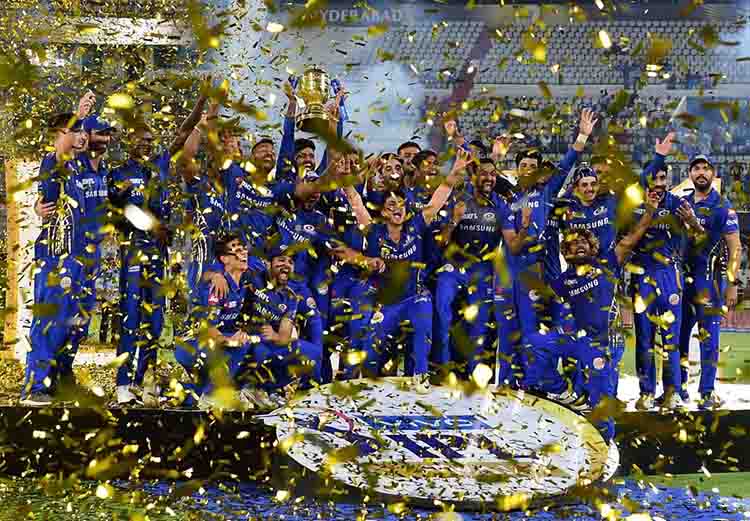 In the wake of the global Pandemic COVID-19 and lockdown extension in India, there is a thick cloud over the starting of the 13th edition of the Indian Premier League (IPL). The Board of Control for Cricket in India (BCCI) has postponed it indefinitely with talks of it being staged later in the year after the improvement in the situation.

Earlier, the IPL was scheduled to kick off on 29 March 2020 but was postponed to 15 April 2020 due to the lockdown. As things stand today, the probability of IPL being conducted in 2020 looks bleak.

Many players have advised for the cancellation of the lucrative league while some have recommended it to be played behind closed doors.

The final decision on the fate of the IPL 2020 is still awaited.

On that note, how about looking back at some previous matches in the Tourney? Let’s try to relive 3 enthralling Finals in the history of the IPL.

The first-ever IPL Final in 2008 was played between Chennai Super Kings (CSK) and Rajasthan Royals (RR). It was played at the DY Patil Sports Complex in Navi Mumbai and decided on the final ball of the game. CSK batted first and posted a healthy 163/5. Parthiv Patel (38 in 33 balls), Suresh Raina (43 in 30 balls) and MS Dhoni (29 in 17 balls) were key contributors with Yusuf Pathan taking 3 for 22 for RR. Yusuf made his contribution with the bat too and hit a fast 56 off 39 balls (4 x 6 and 3 x 4). Other contributors were Swapnil Asnodkar and Share Watson, who scored 28 each. Pathan looked to take RR home, but he was run out by Raina. RR required 8 runs off the last final over with Sohail Tanvir and Shane Watson being at the crease. L Balaji bowled the crucial over, and it went down to the wire with RR needing 1 run in 1 ball. Sohail Tanvir was a bowling Star for RR in the inaugural IPL edition and was not expected to disappoint with the bat too. He pulled a short of a length delivery via wide mid off to kick off celebrations in the Rajasthan Royals camp. For CSK, it was just the starting of the heartbreaks in the next IPL seasons to follow.

The 2017 IPL Final was a low scoring thriller that nobody has expected that the new franchise (now defunct) Rising Pune Supergiant would give Mumbai Indians a fight. MI got the scare of their IPL career, but MI being MI, pulled off a stunner in the end. Mumbai Indians batted first but could not find fluency on a slow Hyderabad wicket. They were in a spot of bother at 78/6 at a stage. However, Hardik Pandya’s late flurry (47 in 38 balls) saw the Team reaching 129/7 at the end of 20 overs. In the chase, Ajinkya Rahane played a knock of 44 in 38 balls, but the scoreboard of the RPS read 98/3 in 17th over after the dismissal of MS Dhoni. But, Pune fans had their hoped pinned on Captain Steve Smith who was unbeaten on a 50. Mitchell Johnson was given the job by the MI to bowl the last over, and RPS needed 11 runs to win the IPL. Manoj Tiwary hit a 4 and looked for another but was out, and that gave Smith the strike. Now, Pune needed 7 runs in 3 balls when the Skipper played a shot that went into the hands of the sweeper cover. RPS wanted a 4 to win off the final ball, and Dan Christian was on strike. He hit the ball to deep square leg to complete a second. However, Washington Sundar got run out while getting the 3rd to make it a Super Over. His run out was the moment that sparked partying in the Mumbai camp.

Mumbai Indians were playing in the 2nd IPL Final in 2 years after having won in 2017. MI won the Toss to make the most of the Hyderabad wicket. Their top 4 batters got starts, but it was Kieron Pollard’s 41 in 25 balls that took Mumbai to a decent 149/8. In reply, the Chennai Super Kings (CSK) started fine, and they needed 67 runs in the last 44 balls. It was the time when Skipper Mahendra Singh Dhoni got run out after making 2 runs in 8 balls. The equation quickly changed with the CSK now needing 62 runs in 30 balls, which looked like a far off target. However, it was not yet a losing cause for the CSK with two big hitters Dwayne Bravo and Shane Watson being at the crease. Bumrah bowled only a 4 run over in the 17th, and then Krunal Pandya and Lasith Malinga gave away 20 runs apiece. Chennai Super Kings now had to score 18 in 2 overs as a tight finish was what now being expected. Bumrah came back to bowl the 19th over and gave only 3 runs. CSK now needed 9 in the last one bowled by Malinga. Malinga used all his expertise of so many Cricketing years behind him, and started pelting Yorkers and it meant that he gave only 4 runs in the first 3 deliveries. With 5 runs required off 3 balls, Watson was on strike, and was batting on 79 in 58 balls. He hit the next Yorker of Malinga to deep point. But he wanted to retain the strike and got run out as there was no extra single in that shot. Now 4 runs were needed in 2 balls with Shardul Thakur on strike. He hit the 5th ball of the last over by Malinga for a couple, and the CSK now needed 2 runs in 1 ball, and at least 1 run for a Super Over. But Lasith Malinga focused on not giving a single and got Thakur out LBW. It meant that MI was through to another 1 run victory in consecutive IPL Final after beating RPS in the 2017 Final. For CSK, it was the perfect case of being so close yet so far again!