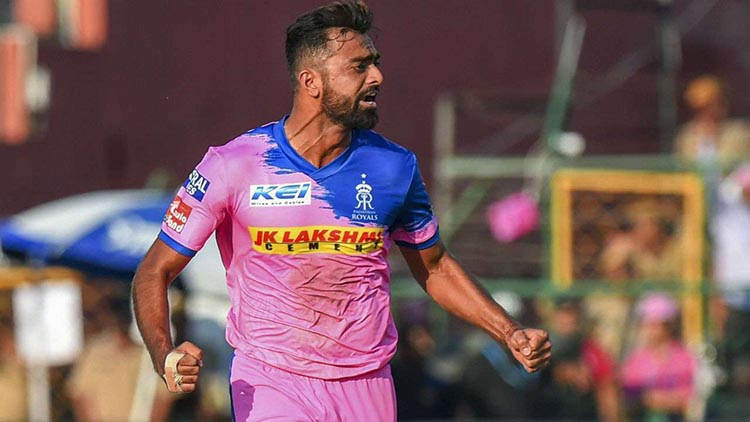 In this article, we are going to look at 3 players who can lead as Rajasthan Royals captain in the absence of Steve Smith.

With the IPL 2020 season all set to start in mid-September, fans are still wondering who is going to lead RR in the absence of Steve Smith. There is no doubt Rajasthan Royals have one of the powerful squads this year. Jaydev Unadkat is expected to captain the team until the Australian players are back. The team has many options, such as Jos Butler and Ben Stokes. However, these players will also miss the first few weeks of the IPL.

The limited-overs series between England and Australia has a major impact on the RR team. Many exceptional players on the team will be absent for a few matches. The names include Jos Butler and Steve Smith. Here are the three players that can captain Rajasthan Royals in the absence of Australian player Smith. Let’s take a look:

Jaydev Unadkat has a good track record in cricket. He became a part of the Rajasthan Royals in 2018. He picked 67 wickets in the Ranji Trophy. Jaydev Unadkat might be an amazing bowler, but he has never had the experience of leading a team. There is a good chance he will get to lead a cricket team for the first time in the 2020 IPL edition.

Unadkat has taken 327 wickets in 89 matches. What’s surprising is his economy rate, which is only 2.94. Besides, he is one of the expensive players in the RR squad. This Gujarat-based cricketer was purchased by Rajasthan Royals for a whopping price of 11.5 Crore in 2018. So far, he has played 73 matches and picked around 77 wickets in the 20-over cricket format.

Miller the Killer has played some big knocks in the IPL for Kings XI Punjab. This left-hander is all set to play for Rajasthan Royals this year. Purchased for 75 Lakhs, David Miller has the experience of leading a team. He led Kings XI Punjab in the IPL 2016 but got replaced after the team lost 6 matches in a row.

This South African player is quite good with the bat. Miller definitely has experience. He has been playing cricket for more than a decade. Miller has played IPL for many franchises. Besides, he plays for the South African international cricket team. Miller played 79 matches and scored 1850 runs with one century to his name.

Another experienced player who could lead the Rajasthan Royals in the absence of Steve Smith is Robin Uthappa. We have already seen his performance in the past few years. Uthappa played for Kolkata Knight Riders for many seasons. Though it is the first time he will play for Rajasthan Royals, his experience will definitely help the team perform well in the absence of the overseas players. He is purchased for 3 Crores for IPL 2020. He has played 177 matches. Uthappa has 3380 runs to his name.