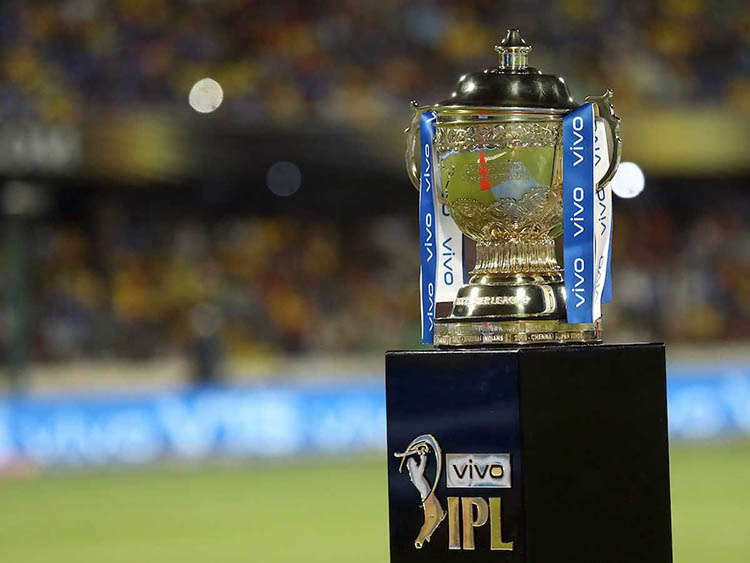 In this article, we are going to take a deep dive into the IPL Business Model & see how do BCCI & IPL Teams make money.

The inception of IPL in 2008 changed the world of cricket. Till then, cricket was about one nation vs another. Introduced by the Board of cricket control of India commonly known as BCCI, IPL is a bellwether to many cricket events.

Through this article, we will throw some light on the IPL Business Model. We will dig deep into the process of monetizing a limited over game. Moreover, we will decipher the productive but enigmatic channelization of such a celebrated event. Without any further ado, let us begin unwrapping IPL.

A brief intro to the IPL business model

Since its inception, IPL has been the talk of the town. Cricket fans appreciate the on-field cricket drama while businessmen cherish the off-field money game. IPL, being a hotshot, has been copied by multiple countries. The model is such that it may not assure you the trophy but it surely has bonanza for the investors.

Every year, people go gaga about IPL. With the 2020 edition on the cards, people are all set to see some real cricketing action on the field. The 20 over format brings some crazy feelings among all. Actors, politicians, entrepreneurs are often witnessed as being a key part of a team. This is a clear manifestation of IPL not being restricted to only cricket.

The auction itself gives you the same feeling. Players are been bought and teams are been formed in the initial phase of the tournament. The auction is no way different from any other business auction. Some investors happily spend multi-millions for each player of the team. All just want the best person to be in their team irrespective of the cost it incurs.

A great deal of money is involved in every edition. This reveals the business model of IPL. The involvement of huge money brings out the inquisitive nature of people. Surely the financial aspect attached to the game needs to be revealed to people.

We are going to discuss the same in this piece. The revenue generation model which makes the rich even richer is to be broken down here. The IPL business model has profits for all the teams and franchises. Let us have a look at the same.

The IPL is a massive cricket battle among eight regional teams. The teams are as follow:-

For cricket fans, it is a 2-month long cricket feast. Though the teams are named after different regions, players need not necessarily play for their city. Every team consists of players from multiple regions. Even players from different countries come and defend the pride of an Indian regional team. The tournament follows Double round-robin league and Playoffs format among the eight teams.

It takes a handsome amount of money to assemble a team with a profile players. Any investor aims at getting a good return of investment from the tournament. Successful completion of multiple editions of IPL validates the profit it holds for the team owners.

The Brand value of the IPL business model

To have a sound understanding of the business model, we first need to know all the processes involved. The first and foremost process of IPL is the bidding of both franchises and players. Let us have a good look at the bidding process.

The Bidding process of IPL

The whole bidding process could be easily understood through the steps mentioned below. This is a step by step depiction of the whole process.

Step 1. Inviting the bidders for teams

Step 2. Submission of bids by franchises for multiple cities

Step 5. Mentioning of the bidding amount

Step 7. Unification of 16 players in a team with a maximum of 4 international players.

The business model mandates a payment of 10% of the total price which adds up a significant amount for the IPL revenue. This marks the start of the battle on the field. Next, we are going to discuss how teams generate revenues.

How do IPL teams make money?

The major income source for IPL teams are as follow:

A few of the above-mentioned points are explained below.

The franchise holds the right to use the team or any player for advertisement purposes. During IPL, you may come across various advertisements featuring players in their respective team jerseys.

We all know about the hefty money any player charge to endorse a brand. The face value of MS Dhoni is as high as 10 crore rupees or even more. Endorsements during the IPL season though is a different ball game altogether. A franchise may use a player to advertise any brand without any money going to the player’s pocket.

The money with which the company is charged directly goes into the account of the franchise. This way franchise is able to get a sufficient income from the team. A brand endorsement is a costly affair and thus generate huge revenue. The franchise holds the whole and sole right over any amount generated through advertisements.

This is one major way how teams get a good return on their investment.

There are myriad ways to generate central revenue for the franchise. The revenue distribution process seems to be a friendly affair for the teams. Here are two major revenue models.

As we know, IPL matches are broadcasted on televisions and many other platforms. The permission for the live coverage of a match brings a great amount for the team. Any TV channel or platform that broadcasts the match pays a hefty amount to the IPL. The amount also reaches the pockets of team owners. As per estimates, global broadcasting rights can generate over 1 billion dollars for a team.

There are many other ways in which revenue could be generated. One great way of revenue generation is through advertisements that flash on the screen during the match. Every now and then, we see multiple ads in between the over. These advertisements are paid one. The TV channel gives a huge sum to the IPL to flash the advertisement. This amount is shared with the teams by the organizing committee. This way with every ball and with every over franchise tends to hoard a lot of money.

Revenue generation is the only reason why owners want their team to play the finals. By simple mathematics, the more the games played, the more the advertisement and thus more the revenue for the team. Any team playing the finals will surely be a great return on investment.

Being done with the franchise, let us have a look at how IPL turns the game to a money-making machine.

The Moneymaking engine – How Does IPL Make Money?

Let us have a good look at how the Indian Premier League monetize the event. The key factors that generate money for the league organizers are mentioned below.

By now, you must be having a good idea about how franchise or the broadcasters make money. Let us now look into the money-making process of IPL. With this, you will have a clear cut understanding of the whole revenue model. Some of the above-mentioned points are elaborated below.

Sachin and Virat Kohli use the MRF bat whereas Rohit Sharma uses the CEAT bat. What if I tell you that MRF and CEAT never manufactured a single bat? These are the sponsors that offer huge money to have the sticker on the bat. You may also have witnessed jersey and sleeve sponsors.

The simple idea is to increase the visibility of brand names to the people. This is another major source of income for the IPL. The signage at the boundaries, brand logos at the stumps all are basic examples of sponsors.

Revenue from the tickets is another source of income for the IPL. The fiery game being the favorite of all attracts thousands of visitors to the stadium. Any stadium with average occupancy could accommodate 30,000 visitors. The ticket price for luxury seatings could be as high as 10,000 rupees. The minimum price for any seat is also not less than 500 rupees. With this information, you can estimate the average revenue IPL must be generating from any match though tickets.

To ensure the maximum occupancy, 7 different home games are planned for any team. This increases the footfall to the stadium and churns maximum revenue through the tickets.

This attracts many investors and companies towards the game. Surely, this is one of the best ways IPL tends to generate revenue.

The whole process of money-making just doesn’t stop here. The IPL has much merchandise that is available for people to buy. For one’s favorite team jersey, a person can easily shell out a good amount of money. There are many others as such.

To sum it up, we can say that the ways to generate revenue are countless. You might have been aware of a few ways. The list doesn’t have an end to it.

Such an event is a sure success in a cricket-loving nation like India. People somehow manage time and money to watch their favorite players in action. The whole event is structured in such a way that the maximum revenue could be generated from any game of cricket.