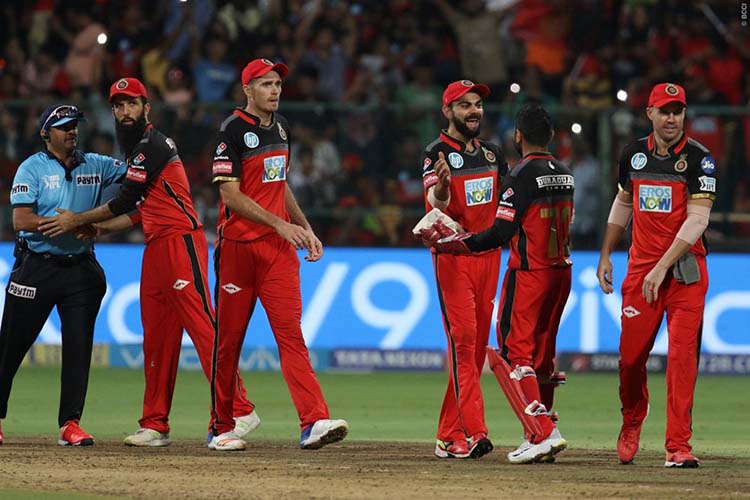 IPL 2020 schedule has been announced by the governing council after facing ample obstacles. Courtesy to the efforts of BCCI, who successfully tried and came onto a conclusion for organizing the world’s biggest T20 tournament.

Coming onto the tournament, all the eight franchises are currently gearing up with back to back net sessions for the upcoming cricket extravaganza in UAE. And, the fans have given air to a debate over which side will successfully manage to get their hands on the prestigious trophy. On September 19, Mumbai Indians will take the field as the defending champions against Chennai Super Kings in the tournament opener. But, it will be a difficult season for the former in order to defend their title after looking forward to the other teams.

In December, the auction was held in which all the eight franchises splashed big money in order to rope their favorite players, who can work as a catalyst for their side. And, Pat Cummins emerged as the costliest player of the auction and he was bought by KKR at a fee of Rs 15.5 Cr. Other players like Glenn Maxwell (KXIP), Chirs Morris (RCB) were also bought by the respective franchises after paying a hefty amount.

Now, all the eight teams look equally balanced with star-studded line-ups. And, it will be difficult to predict the winner for the upcoming season. But, we have tried and picked four teams that can qualify for the playoffs in IPL 2020.

Teams that can qualify for playoffs in IPL 2020:

MI will be led by Rohit Sharma, who has turned the fortunes of Mumbai based franchise since he took over the captaincy from former Aussie skipper Ricky Ponting. He has helped MI in winning four tournaments. Now, his side that comprises of some big T20 names like Hardik Pandya, Quinton de Kock, Chris Lynn, Suryakumar Yadav, Trent Boult will make it easy for Mumbai Indians to qualify for the play-off stage.

They have a strong core of Indian players that provides a much-needed balance to the side. On the other hand, we cannot forget that MI has Jasprit Bumrah, who is reckoned as the best death bowler in the international arena. They have a backup for every senior player in the side. For example, if Malinga fails then they have Trent Boult and Nathan Coulter Nile. In batting, they have some young and exciting names like Ishan Kishan and Suryakumar Yadav.

The aforementioned players have proved their worth in the previous seasons as well. Rahul Chahar impressed everyone with his spin bowling in the previous season. And, in this edition, he will be spotted leading the spin department for MI. So, looking forward to the jam-packed and star-studded line-up, the chances of MI not qualifying for the playoffs are quite slim

SRH will be led by explosive Aussie opener David Warner, who is now eligible to lead a side in competitive cricket. Sunrisers have a formidable opening pair of Jonny Bairstow and David Warner, who performed astonishingly well in 2019. Their performance will play a key role in the campaign of SRH. And, if they got off the mark with brilliant knocks then SRH should not worry about their chances for qualifying into the playoffs.

They boast a strong middle order in the presence of Manish Pandey, Vijay Shankar, Mitchell Marsh, and Mohammad Nabi. All the aforementioned players have established their names in the shorter format in international cricket.

Coming onto their bowling department, they have death over specialist Bhuvneshwar Kumar, Sandeep Singh, Siddarth Kaul, and premium leg-spinner Rashid Khan. These players form a lethal bowling line-up and dangerous for any opponent in this tournament. Moreover, SRH will surely bank on their bowlers to take their side through to playoffs on the back of a convincing show throughout the league stage.

Kings have never won the IPL trophy in its last 12 successive season. But, after reviewing their squad for the upcoming edition, we can conclude that IPL 2020 might turn out to be their season. KXIP cannot ask for a better opening pair than that of KL Rahul and Chris Gayle. They are the best in the business when it comes down to IPL.

In the previous seasons, they had lost games due to an unbalanced bowling line-up. But after this year’s auction, the franchise has included some exciting bowlers in the ranks with the likes of Sheldon Cottrell, Chris Jordan, James Neesham, Ishan Porel, and U19 World Cup star Ravi Bishnoi. KXIP has invested a lot in the bowlers for the upcoming IPL. And, this move to add more bowling options might turn out to be a good gamble.

Meanwhile, they have also bought Glenn Maxwell once again. They paid a price of more than 10 Crore to get his services. And, his form will be crucial for KXIP. Kings boast a power-packed middle order in the presence of Mayank Agarwal, Sarfaraz Khan, new-buy Deepak Hooda, Mandeep Singh, and Aussie all-rounder, Glenn Maxwell. After looking forward to this line-up many pundits have predicted that KXIP might outperform every other franchise in the tournament. And, it will not be a surprise if they manage to get their hands on the trophy.

Virat Kohli led RCB had a nightmare in the 2017, 2018, and 2019 season. They finished on the 8th, 7th, and 8th positions respectively. Kohli would like to forget the last three editions from his memory. And, the only way to leave previous upsets behind is by performing well in IPL 2020.

In comparison to the previous edition, this season, RCB looks way too balanced after roping players like Chris Morris, Dale Steyn, Aaron Finch, Devdutt Paddikkal, Isuru Udana, and Josh Phillipe. The franchise has worked out hard and they have splashed all the amount in buying their first-choice preferred players. And, on most occasions, they remained successful during the auction.

Now, when IPL 2020 is nearing towards its kick-off, we have reviewed their squad and it looks like they have all their bases covered with the players they have got before this edition. In batting Aaron Finch, AB de Villiers, Parthiv Patel, Karnataka opener Devdutt Paddikkal, and Shivam Dubey gives plenty of batting options to the management. In bowling, they have Moeen Ali, Umesh Yadav, Chris Morris, Adam Zampa, Yuzvendra Chahal, Navdeep Saini, Washington Sundar, Pavan Deshpande, and Shahbaz Ahmed gives enough choices to Virat Kohli to pick his preferred front line bowlers for the 13th edition of IPL. And, we feel that RCB will at least qualify for the playoffs with the type of team they have got for cricket extravaganza.