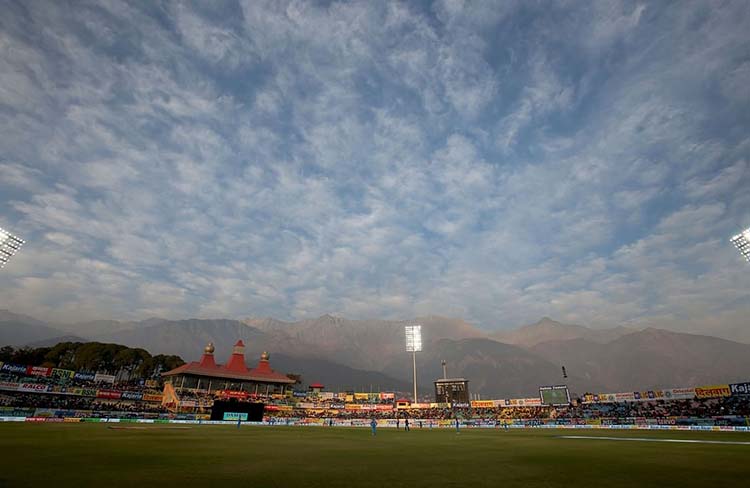 In this article we are going to look at 5 possible IPL Venues in India, that can host this year’s IPL tournament safely.

In the first quarter of the year 2020, the World witnessed an unprecedented situation. COVID-19 has put every country at the back foot. While medical scientists are working hard to find the cure, all governments are engaged in containing the transmission. Unleash of the coronavirus seems to have set the leash on people. Every country including India has imposed myriad restrictions like curfews, lockdowns to contain the virus but it all seems to be futile.

The pandemic alongside brought an absolute ban on inter-country travel. This ban restricted ay sort of sports event happening across the globe. Multiple tournaments got suspended and many others got deferred to an indefinite time. It has almost been 3 months since any major cricket event happened anywhere across the globe. This, in turn, also restricted the conduction of much-awaited, biggest annual cricket series – IPL 2020.

IPL has always been a major income source for BCCI. Thus, BCCI has made it very clear that IPL 2020 is on the cards, and under no circumstances, BCCI is planning to cancel the event. BCCI has been actively looking for the venues where IPL could be safely organized.  It is highly likely for us to see our favorite players on the field in the month of September or October 2020. Despite getting numerous proposals for conducting the league outside India, BCCI is still looking for a safe haven in India itself.

Here, we bring you the list of 5 venues where IPL could be possibly conducted.

Amidst the beautiful Himalayan mountain ranges lies the HPCA cricket stadium. Dharamshala famous for its scenic beauty also houses a very beautiful cricket stadium. The HPCA stadium in Dharamshala has a history of conducting multiple IPL and International matches. The stadium was established in the year 2003. The number of visitors the stadium could accommodate exactly matches the year it was established in. This fact also makes the stadium unique and memorable.

The reason why this stadium is on the list is not its scenic beauty. Himachal Pradesh is one of the least affected states by CoronaVirus. Presently, the active cases in Himachal Pradesh are near 200.  Considering the safety of players and members, this stadium serves the purpose to host the event.

Once being a CoronaVirus hotspot, this city has shown a tremendous recovery curve. Over the period, this city has turned from worst affected to least affected cities across the nation. The I. S. Bindra Stadium in Mohali is one of the preferred choices of conducting the league. The stadium has a history of holding multiple national and international cricket matches.

The primary home ground of Punjab’s state cricket team and Kings XI Punjab, I. S. Bindra stadium has also hosted many IPL matches. The stadium was established in the year 1993. The overall seating capacity ranges about 26,950 seats for the visitors. The lush green stadium proves to be a blessing in disguise for pacers.

The overall recovered cases of COVID’19 in Punjab hovers around 2200. The state still has about 500 active cases but the number seems to be minimal when compared to other states. Considering the safety measures, Mohali could be a viable option to host matches for IPL 2020.

Lying in the heart of Uttrakhand, Dehradun is another hill station that could be considered for the league. The capital of the state recently witnessed the first-ever cricket stadium of the city. Rajiv Gandhi international cricket stadium in the Raipur area of Dehradun doesn’t have a long list of International or domestic matches.

The stadium is yet to host an international match for India. The BCCI although permitted Afganistan to host some cricket matches in this stadium. The stadium is spread over a 23-acre area and is surrounded by beautiful Himalaya. The stadium was established in the year 2016 and can accommodate about 25,000 visitors.

Despite being in the proximity of the worst affected state Uttar Pradesh, Uttarakhand has been successful in its attempt to contain the virus. There are about 700 active cases with a great recovery rate. Dehradun, when compared to other cities, is still in a much better position. The safety and security concerns of players could compel BCCI to give it a shot.

The capital city of Jharkhand and also the birthplace of Indian former Captain Mahendra Singh Dhoni, Ranchi could prove to be a viable option to conduct IPL 2020 matches. The establishment of the cricket stadium in Jharkhand dates back to the year 2013. The overall seating capacity of the stadium at the time of the inauguration was close to 39,000 visitors.

The stadium serves as the home ground to Chennai Super Kings as well as to the State cricket team of Jharkhand. Recently, the seating capacity of the stadium has been increased and now it can accommodate around 50,000 visitors. The stadium is spread across an area of 35 acres.

The current situation of Corona related cases in Jharkhand gives a sigh of relief to the citizens. The state has about 800 active corona patients while the recovered cases are near about 1900.

In case BCCI starts considering the no of visitors a stadium could accommodate, Raipur would be the top on the list. Prasad International Cricket Stadium, though being relatively unknown, has a seating capacity close to 65000.

It, being the fourth-largest cricket stadium in the world, has hosted a few international cricket matches. It was also the second home ground for Delhi Daredevils in 2013.

The number of active patients in the city is relatively very low and the recovery rate is also quite good. This makes it a very convenient option for the successful and safe conduction of IPL 2020 matches.