Top 5 most Remarkable IPL Jerseys of all time 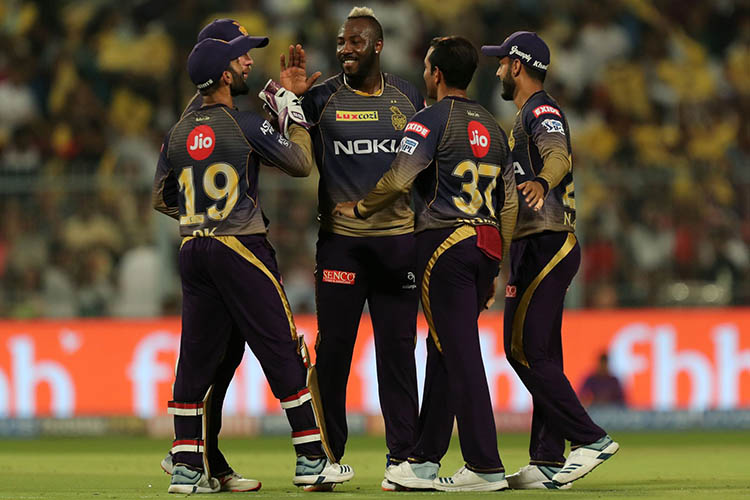 In this article, we are going to look at the top 5 teams with the best IPL jerseys of all time. Due to the COVID-19 pandemic, IPL will be held in the UAE this year. It is all set to start on September 19. Fans are already super excited. It seems like they can’t wait to see their favourite players in some remarkable IPL jerseys. There is no denying that the IPL jerseys are quite cool.

Each team chooses some exciting colours. While some like to keep it as simple as possible, others make it quite vibrant with dark colours and glossy touch. The recently released light pink jerseys of Rajasthan Royals make the team stand out from others. Likewise, the combination of red and white colour in Kings XI Punjab outfit is brilliant. In this post, we are going to take a look at some old and recently launched IPL jerseys that look quite adorable.

The Shah Ruk Khan owned team has attracted a plethora of advertisers and brands because of its stylish jersey. The Kolkata Knight Riders’ jersey is not only stylish, but it resembles the symbol of Maa Kali, who is considered to be the most worshipped goddess in West Bengal. The black colour indicates “the destroyer of the devils”, while the golden colour is used to indicate “the spirit of life”.

Ever since the first season of the Indian Premier League, the outfit and other accessories of Kolkata Knight Riders have made the team stand out. The pads and helmet feature golden colour which goes quite well with the black shirt.

It is not that common to see a cricket team (or any sports team for that matter) wearing neon pink jerseys. However, Rajasthan Royals surprised the audience and cricketers with this light-coloured yet extremely stunning choice. Rajasthan Royals had started their IPL journey with a blue colour jersey, which also happens to be quite common among IPL franchises. Last year, the team wore a pink jersey, reminding us of the pink city “Jaipur”.

Players pulled off the outfit quite well. What surprised the audience, even more, was the reason the franchise chose this unique colour jersey. The team mentioned that Jaipur, the capital of Rajasthan, is a pink city. Udaipur is known for producing pink stones and Jodhpur produces stunning sandstone that features a pink shade. So, considering all these factors, it makes sense to choose pink as an official colour for the team’s jersey.

If there is one team that pulls off the blue colour really well, then it is the Mumbai Indians. The blue colour is quite lucky for the team, considering that they have won 4 IPL trophies in this blue and golden colour jersey. Initially, the team chose a light and dark blue outfit with red and orange colour stripes.

However, the first two seasons did not go well for Mumbai Indians. In fact, it turned out to be disastrous with the team finishing at the third last and second last positions respectively. That’s when the franchise decided to switch to a brighter colour and a better pattern. Since then, the Mumbai Indians have worn blue jerseys with a golden pattern. Every year, there are a few tweaks to the pattern, but no major change. The golden pattern and a blue colour speak volumes of the team’s performance.

This Mukesh Ambani’s owned franchise has been giving wonderful performances over the past few years. They have never missed an opportunity to prove their skills. The Rohit Sharma-led team is definitely a champion in the 20-overs format.

Every year, we see a large number of fans wearing red coloured T-shirts at the stadium to cheer Royal Challengers Bangalore. Well, the colour is definitely synonymous with RCB and its performance. The players of Royal Challengers Bangalore wear a t-shirt featuring crimson red and black colour. The jersey has evolved a lot since 2008. Initially, the jersey featured a combination of red and golden colour. Later, blue and golden colours were used on this red jersey.

The first season was not that great for RCB. The team finished last on the points table. However, the red-golden jersey proved quite lucky as Royal Challengers Bangalore became the runner up in 2009. RCB also wears a green and black jersey, which looks outstanding on the cricket ground. It is going to be interesting to see the team play in a red and black jersey this year.

The canary yellow colour may seem quite bright to some people, but it has been the best and luckiest jersey for Chennai Super Kings. CSK happens to be one of the strongest and consistent teams. The team has already won the IPL trophy three times in the yellow jersey. This bright colour definitely makes the players stand out.

While other teams have chosen the quiet and light colours, CSK has decided to stick to this bright hue. CSK jersey has not witnessed many tweaks in the past 12 years It is one of the most-sold jerseys on the market.