LAH vs ISL 15th Match Live Streaming: When And Where To Watch PSL 2021, TV Channel List, and Timings 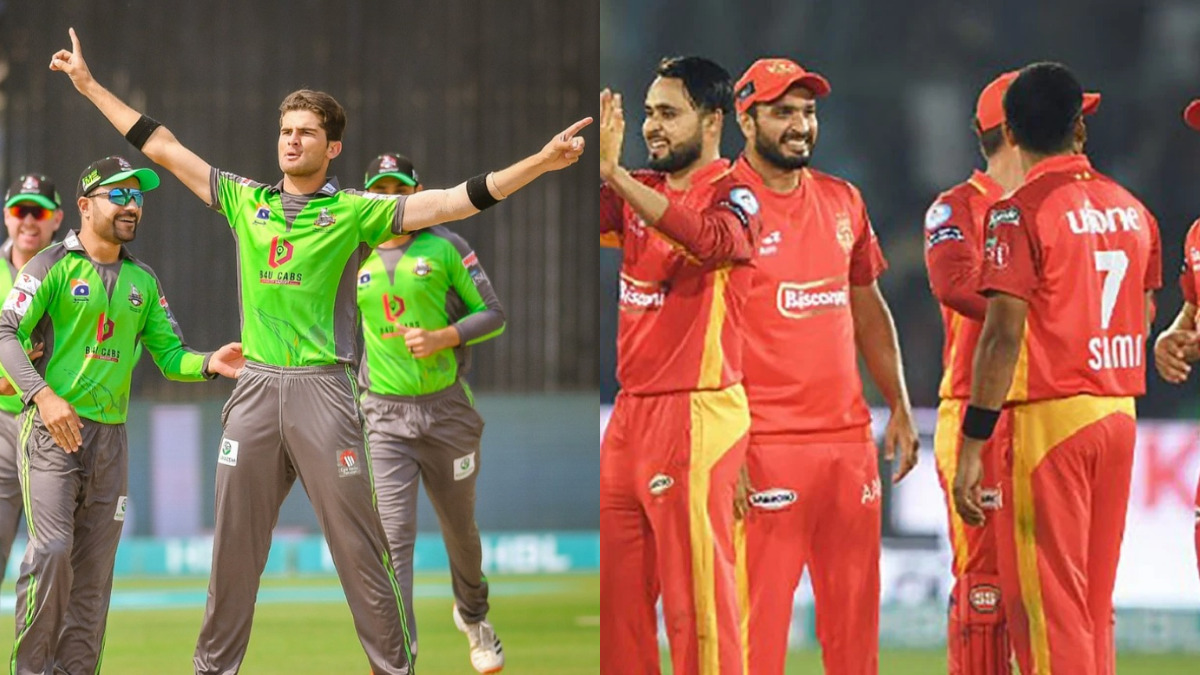 Pakistan Super League 2021 Phase-2 is set to begin from 9th June with the match between Lahore Qalandars and Islamabad United. The cricket fans should gear up for a heavy dosage of enthralling games between star-studded sides of PSL.

Lahore Qalandars and Islamabad United have played an overall of 10 games in the PSL history. The former has managed only 2 wins and latter ended up winning 8 games. This season Qalandars will have an eye on making the record better against Islamabad United.

The second leg of the tournament will be played in Abu Dhabi in UAE. Let’s have a look on when and where cricket fans will be able to live stream PSL 2021 game between Islamabad United and Lahore Qalandars.

Lahore Qalandars is one of the teams that have never lifted the PSL trophy in the past 5 seasons. They have done a great job in their first four games in Pakistan Super League 2021. LAH has won three games out of their four appearances defeating Peshawar Zalmi, Quetta Gladiators, and Karachi Kings. They only lost a game against Multan Sultans.

With the second leg set to commence, Qalandars will be expected to get off the mark with the winning momentum in the 15th match of the tournament. They have a strong batting line-up in the presence of Fakhar Zaman, Sohail Akhtar, and Mohammad Hafeez. They will have the responsibility of scoring good knocks for the team.

Shaheen Shah Afridi is in top bowling form and he is one of the top three leading wicket-takers of this season. He will be taking full advantage of long boundaries in Abu Dhabi while bowling. He will be leading the pace attack for Lahore Qalandars. Also, he will be accompanied by Haris Rauf and Ahmed Dayal.

Islamabad United also looks like a stable side in this edition of Pakistan Super League 2021. They are one of the fan-favorites to win the match. They are ranked third in the points table with six points from their four matches. Philip Salt, Shadab Khan, and Hussain Talat will be responsible players to lead the side on all fronts.

Shadab Khan didn’t have a great first leg with the bat and ball. He is a brilliant all-rounder. But Shadab Khan struggled due to his dipping form. However, he will be eager to start at his best in the second leg of the tournament. Hussain Talat will also play a crucial role of an all-rounder in the upcoming game against Islamabad United.

Now, let’s have a look at the LAH vs ISL live streaming, channel list details where fans can easily watch

Where we can catch LAH vs ISL Match 15 Live Streaming?

The Toss between Lahore Qalandars and Islamabad United will take place at 9:00 PM according to the Indian Standard Time.

At what time T20 game between LAH vs ISL will start?

The game between Lahore Qalandars and Islamabad United will begin at 9:30 PM

Which Channels will broadcast LAH vs ISL, PSL 2021 in India.

The fans in India will be able to watch PSL match between Multan Sultans and Karchi Kings on Sony Sports Network and fans can catch live streaming on Sony Liv.

The match will be played at Sheikh Zayed Stadium, Abu Dhabi