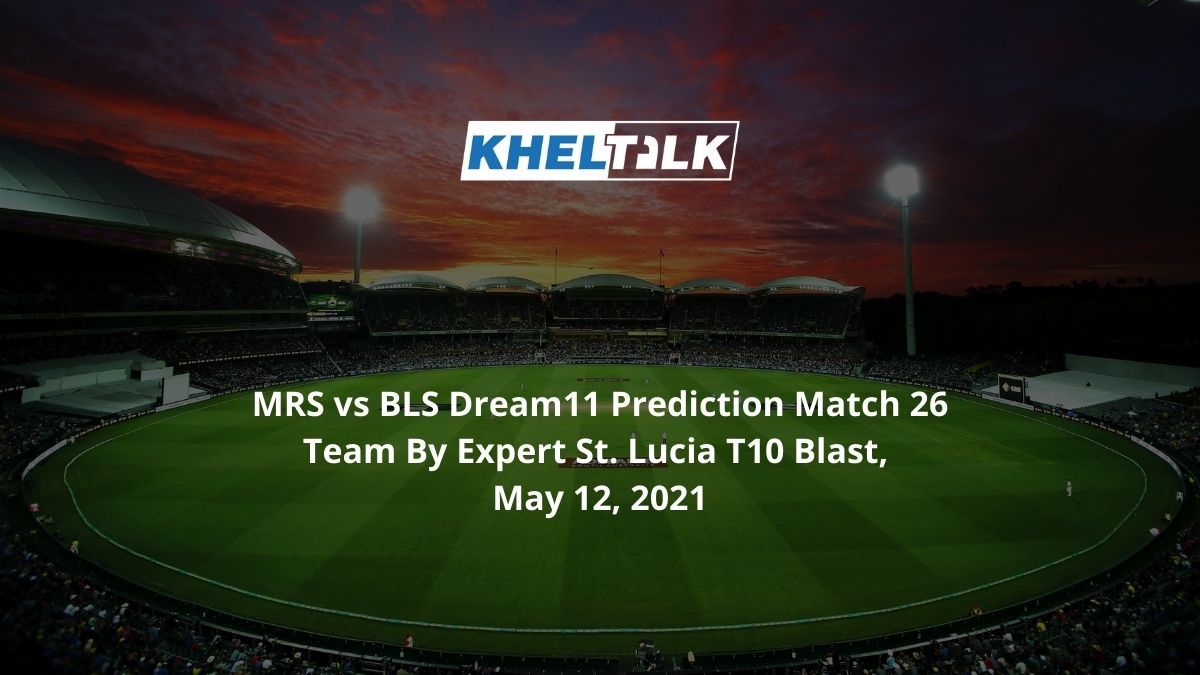 According to MRS vs BLS Dream11 Prediction for Today’s Match Fantasy Cricket, Mon Repos Stars (MRS) will take on the Babonneau Leatherbacks (BLS) in Match 26 of the St. Lucia T10 Blast on Tuesday, May 12, 2021, at the Daren Sammy National Cricket Stadium. Keep reading to find out about the St. Lucia T10 Blast Match 26 MRS vs BLS Dream11 team today.

Despite having an excellent squad, both teams are currently struggling in the tournament and it will be interesting to see who breaks the bubble first. Mon Repos Stars are currently in the sixth position and has two wins from their three outings. However, because of their poor net run-rate, they are in the bottom half of the table.

On the other hand, Leatherbacks have a win to their name and have lost a couple of matches from their three outings. They are in 9th place in the tournament, blame their net run rate which is one of the worst among the teams. However, both teams will be keen to bring in A-game to end things well here.

While the Darren Sammy Stadium has been bowlers’ ally, there are a few teams that were able to break things down and were able to score 100-plus runs in the latter matches of the game. Since this is the last match for both teams, one can expect them to go berserk here and anything under 90 is easily chasable here. The average 1st innings score at this venue is 87.

St Lucia will experience a sunny day on Wednesday. The climate will not impact the match much. According to the forecast, the temperature will be around 26 degrees Celcius for the most part of the day and during the match time, it is likely to fall to 25 degrees Celcius.

The team will be keen to finish on a high note. A massive win here can still put them on top. Though they have done well by winning two games from their three, their net rate is one major problem at the moment. However, a miracle victory can save the day for them.

Though it is just too late for the team at the moment, they can still earn a consolation win as they on team MRS today. The team do look good on papers, has a good batting depth and has players who can pull off a win single-handedly.

Shervon Joseph is one of the most popular picks for the captain on the fantasy side because of his all-round ability. Joseph has done well with the ball so far and has picked up four wickets to his name. He also is among the runs, has scored 59 runs.

Sadrack Descrates is the team’s MVP. He is also having a decent tournament at the moment and has contributed from both fronts. He so far has picked up three wickets and also has 67 runs to his name. He will open both batting and bowling here.

Caleb Thomas is the team’s best batter at the moment. A good cameo from him today can change the course of the game and he is likely to be the difference between both teams here. He so far has scored 83 runs from his 3 outings.

Kevin Augustin is a better player than what his number suggests here. He is the team’s best all-round and can be the game-changer today. He has three wickets to his name and also has a couple of cameos. One can expect him to come up with something special here.

Who Will Win Today Between MRS vs BLS Dream11 Prediction, Match 26?

According to Kheltalk’s astrology MRS vs BLS Dream11 match Prediction, MRS will begin this contest as the favourites. Compared to all the teams, MRS has a good balance. The team has a good batting depth as well. Thus, one can expect them to do well in this contest.

According to Kheltalk’s MRS vs BLS Dream11 toss prediction, BLS is likely to bowl first. Both teams will be glad to chase the total rather than batting first because of the conditions. However, as mentioned earlier, MRS has a good batting depth and they will not mind batting first too.