According to ICC’s updated Test rankings, the Australian team’s batting phenomenon Steve Smith has sealed his place among the top achievers, with 34 points more than Virat Kohli , the Indian skipper. Alongside Smith, Australia’s Pat Cummins has also succeeded to mark his lead within the bowling rankings.

Steve Smith finally came back to the red-ball cricket after his year-long gap from the games. He was banned by Cricket Australia for allegedly being involved in the unfortunate ball-tampering scandal. Australia’s right-handed batter returned to the Ashes series stronger than ever and played the match as though he never left the Tests for a full year. It was a powerful comeback without a doubt.

In his 3 Test matches against England, Australia’s former skipper made 671 runs with a staggering 134.20 average. He also hit a spectacular double century during the last match, a feat that allowed him to outshine Virat Kohli by a margin that is now too wide.

During the fourth Test match, Smith’s scores of 211 and 82 have brought him a total of 937 rating points and these are only 10 points less compared to his overall best achievement. He has secured the top-ranking position, even if he fails to do well in the upcoming final Test.

Pat Cummins, the Australian team’s right-arm pace bowler, has cemented his career’s highlight with 914 rating points after a remarkable fourth Test outing. He struck 7 wickets during the match; victory was in the cards for his team after this commendable record. Jos Buttler, Rory Burns, and Tim Paine stepped up their batting rankings as well. Josh Hazlewood succeeded to reach the Top 10 bowling rankings.

On an even brighter note, Afghanistan achieved a ground-breaking victory against Bangladesh. This historic achievement allowed Asghar Afghan, Rahmat Shah, and Rashid Khan to gain places within the rankings. Asghar stands at the 63rd place; Shah is now 65th in batting rankings. Rashid, the team’s new captain, has leaped over to the 37th rank. Mohammad Nabi is now retired from Test cricket with his final 85th position among the bowlers.

England and Australia are armed for combat for their final Test match of the Ashes series 2019, starting from the 12th of September 2019 at The Oval. 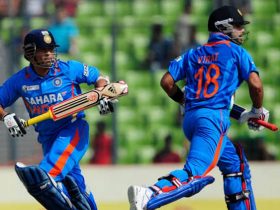 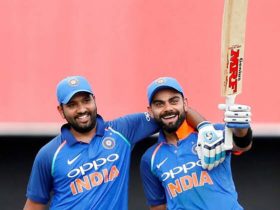 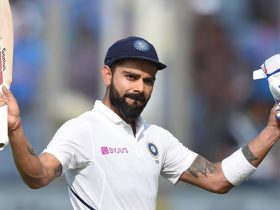 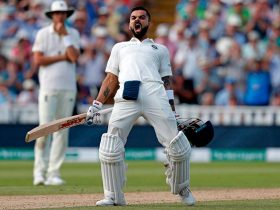