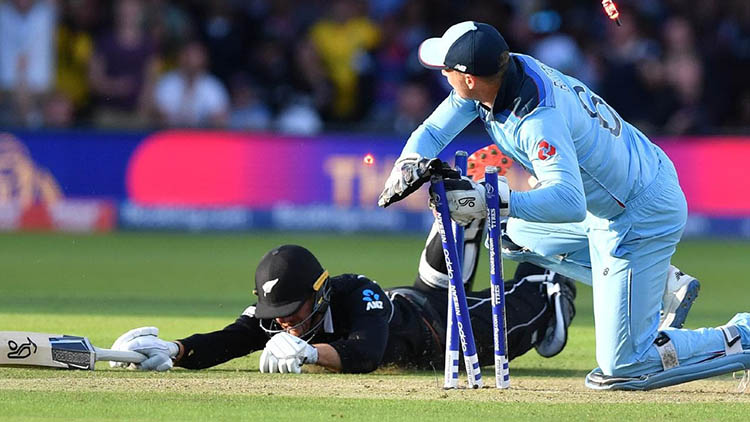 To err is human; to forgive, divine. Everyone makes mistakes, this is what makes us a human. There is a road to perfection, and it is full of learning curves and downfalls. This is what describes Steve Smith in the best possible way.

We tend to associate such unattainable perfection with famous athletes and celebrities. In our stereotypical barriers that push a human’s shortcomings to the side-lines, we often forget to see them as humans altogether.

We glorify these archetypes for their exemplary living, and still label them as outcasts, as freaks. These people may struggle with personality flaws and speech eloquence; however, art tends to have a bohemian spirit. You need to colour outside the lines to embrace it.

A new batsman is always advised to stand firm at the pitch crease. Steve Smith is a walking contradiction to this advice. His batting sends everything moving prior to and after the ball delivery, even while it is being thrown. The only thing to hold its ground is the wicket.

Steve Smith’s batting is not a picture of ease or grace. Instead of the elegant flow of poetry, it is more analogous to a schoolbook that gives theory and guides.

He also bends the laws of physics at some level. He should definitely be missing the straighter balls with his head being near the off stump, in line with the ball’s trajectory. His posture alone should rule out any probabilities.

Steve Smith defies all match logics, and it is not all luck and chance. His practice sessions translate directly into his live matches. His clever expertise in reading into the game tactics offers him the upper hand.

It makes him the field’s freak. But what other term has been given to someone who works to refine and celebrate his art?

It is very rare for a leg spinner to become an all-time top batsman in Test matches. Self-confidence and quick decision-making are imperative, even without being a gifted player. The game dynamics can still turn in your favour.

The respect he deserves, the hate he doesn’t

Unfortunately, Smith was a part of the sandpaper gate scandal and paid a high price too.

Deceiving and cheating the crowd and the game are not expected from a competitive player. Steve felt remorseful for it, and deserves a second chance, keeping in mind all his batting expertise. Coming back from a concussion to a booing audience speaks on its own.

Only a freak could show such resilience and make his way back to the game after a head injury. According to our stereotypical definitions, that is exactly what perfection should be with an athlete. It was a good chance for the crowd to overlook the scandal and applaud Smith for his real skills that no scam can erase.

Time to recognize the genius of Steve Smith

It is time to move on from double standards and recognize Steve Smith for who he is. He maintains an average of 63.24 in Tests. His Fab Four colleagues closely follow him: Virat Kohli averages at 53.76, Kane Williamson at 52.50 and Joe Root at 48.34.

Smith’s average exceeds theirs significantly, along with several other legends of the game. His statistical performance has been consistently great, even if it falls in the future.

Cricket fans need to realize that Smith is truly a worthy player in the field. He is a perfect inspiration for all other “freaks” out there. It is also a lesson for the world to wake up from its blind hunt for the flawless diamond when there are hidden gems in plain sight.