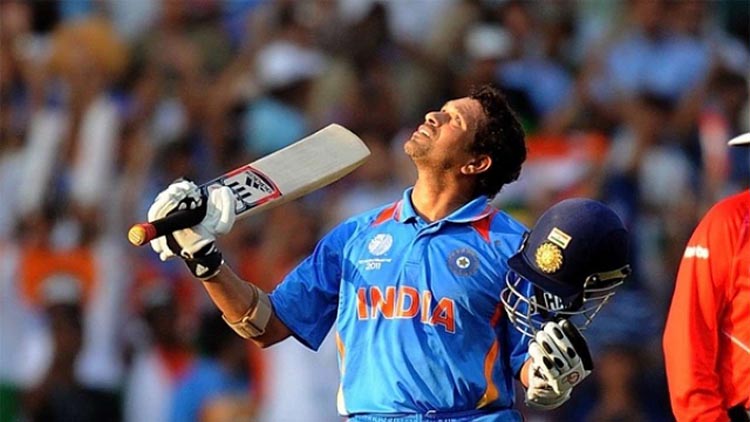 Today is the birth anniversary of international cricket’s first brand ambassador recognized globally! Sachin Tendulkar celebrates this day internationally with his fans. At forty-seven years young the brand Sachin still continues to rule the hearts of many even after his retirement.

Tendulkar entered the International scene in a Test on debut against archrivals Pakistan in Karachi in November 1989. He was aged only sixteen years scoring fifteen odd runs. He was noted for how he handled the numerous blows to his body at the hands of the Pakistani pace attack.

5 Of The Best Knocks By The Master Blaster

Many say that Sachin was a man possessed on that day he decimated a fast-Australian bowling unit. Things were going against India after they lost four wickets before reaching the one hundred and fifty runs mark. To make the matter worse, a sandstorm came into the stadium and stopped the match for half an hour. When the match resumed after the storm, Sachin sent the first ball flying out of the ground. The rest, as people say, was one of the greatest ODI knocks ever played.

As Ravi Shastri was heard famously saying on the mike during commentary, “The first man on the planet to reach two hundred runs” referring to the superman from India. This inning was special for several reasons. He reached two hundred runs Adding to it he reached the mark despite being thirty-six years old. He achieved the milestone despite cramping up in one hundred and fifties. He scaled the height against one of the best bowling line up of that time. He reached the summit at a faster pace than most of his other centuries.

3 – One Hundred and Thirty-Four Against The Aussies At Sharjah

After delivering brilliance in the previous encounter against the Aussies to book a place in the finals, Tendulkar did it again. On his birthday, on the twenty-fourth of April in 1998, he won the hearts of millions of cricket lovers and took Australia down.

Sachin scored a hundred and thirty-four runs helping India chase down Australia’s target. An Aussie legend, Shane Warne went on record to claim that Tendulkar gave him nightmares after that innings. Such was the dominance over the Australian bowling right from the word go and at the end, they were left in a lull wondering what struck them! Pure Pleasure.

4 – Hundred and Forty Runs Against Kenya, Bristol In 1999

This knock has special relevance and significance for all those who were a witness to it. Joining back after completing his father’s last rights he played an inning to remember for a lifetime. A knock accumulated with the highest run rate amongst all of his hundred-plus knocks.

Many recall this as when the little master was at his prime. In a crunch, the World Cup encounter against your arch-rivals is not easy, nor is it facing an attack consisting of the likes of Wasim Akram, Waqar Younis, and Shoaib Akhtar. But Tendulkar took the attack to Pakistan propelling India to a comfortable victory at the end. The little master rates this knock amongst his very best.

Recalling a once in a lifetime star who changed the dynamics of the game and made generations fall in love with the sport. One of the nicest human beings on the block.

To the legend with an eternal fixed sweet spot both on the bat and in our hearts, to the pride of India and inspiration of billions here is wishing to the Master Blaster a very happy birthday.