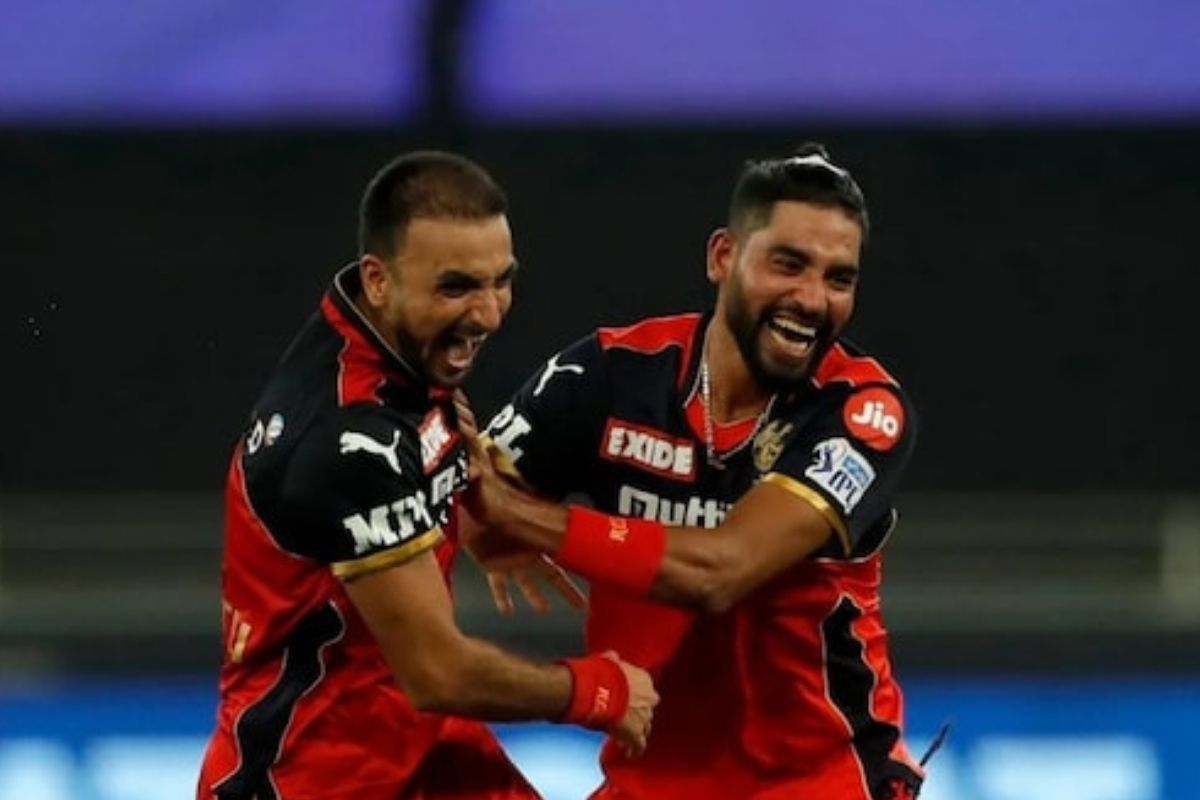 Harshal Patel remained the hot pick for RCB in the IPL mega auction 2022 held last weekend. The 31-year old was acquired for a whopping Rs 10.75 crore. Recalling his old days as a rookie bowler in the Indian Premier League franchise’s Royal Challengers Bangalore (RCB), he said “back-to-back success in the Ranji Trophy matches made the way for him into the league.”

Speaking on the official RCB podcast, Patel said “RCB approached me and asked if I was open to coming for their trials and of course, I had shown my interest. We went on to play the semi-final of the Ranji Trophy. I took eight-wicket hauls back-to-back and that is when Avinash Vaidya said Anil Kumble wants to speak to me, I was shocked. It took me a while to get back to my senses. They then offered me a contract and I was on board.”

“10 years ago, it was the first time I got into the IPL, and again how I got into IPL is again a fascinating story. I was playing for Haryana, my first-ever Ranji trophy season. I had played five games and taken nine wickets so nothing fancy there. When we qualified and played against Karnataka, I took eight-wicket, and it gave me the confidence to perform at that level,” he added.

The 31-year-old also recalled his childhood days and being a troublemaker as a kid talking on the RCB podcast.

“I was kind of a troublemaker when I was a kid. My mom decided that she doesn’t want me to play with these kids who she claimed as hooligans. I joined a cricket academy. On my first day at the academy, I realized I was better than most of the children there even though I have no formal training in cricket. This made me realise I am really good at it, and at the age of 13, it gives you a feeling that you are the king of everything. But, as always, the bubbles were to burst at some time. Early cricketing memories are brilliant, and I love the game,” he said.