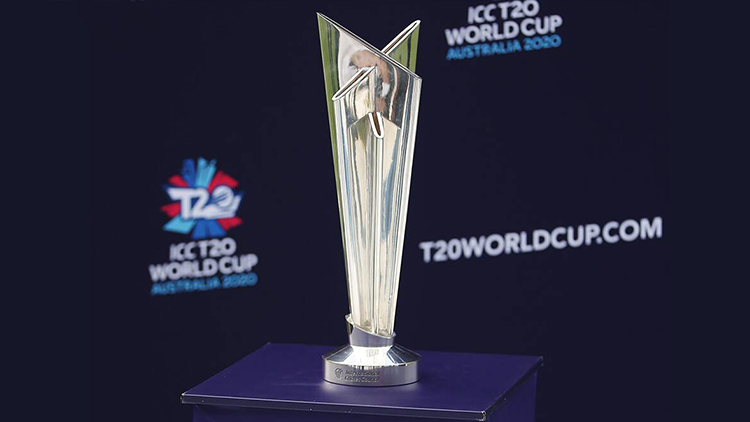 Wednesday, June 10, 2020, is going to be an important date as far as Cricket is concerned. The world Cricket body, the International Cricket Council (ICC) looks all set to hold a teleconference meeting. It is being seen with much hope in the Cricket fraternity.

The meeting is being called to discuss many aspects of Cricket. The center stage of the meeting is the staging of the Men’s ICC T20 World Cup 2020. The marquee tournament is scheduled to kick off in Australia in October.

But, with the outbreak of COVID-19 wreaking havoc all over, it may be postponed to a new date. Earlier, ICC was to decide the fate of the Tourney and also draw a road map for Cricketing action ahead on May 28 2020.

But the matter was then pushed to June 10, 2020, amid strange circumstances.

Here’s why ICC’s original meeting was put off

The reason for the postponing of the first ICC meet was confidentiality issues. Yet, no insight was given by the ICC when it came to what confidentiality it signaled. Many board members had their reservations on this issue. And they were of the opinion that it must be given the highest degree of confidentiality.

The agenda of the ICC meeting is going to be like that of May 28. Here is what ICC will ponder on:

We also speculate ICC discussing the information as provided by Ethics Officers. They were given the job to investigate the confidentiality issue and come up with a report.

Have things really changed over the last 12 days?

We don’t see any major changes happening as such in the last 12 days. Speculations are also on the rise that all these agendas may again be put off to another date at all.

Where does the T20 World Cup stand now?

The situation in Australia is considerably improving with each day owing to the Novel Coronavirus. Cricket Australia (CA) has also left a home schedule window to make way for the Tournament. But we see that the possibility of the hosting of the T20 World Cup is still bleak. And it was the case earlier as well.

What can be vital if a decision on the T20 World Cup is made?

If there is no T20 World Cup in 2020, then it provides all teams to engage in bilateral Series. But it holds significance for BCCI. Yes, it is the window that the Board is looking at to hold the postponed 13th Edition of the IPL. What’s more, it may also mean that Asia Cup may move to the end of September.

The present Chairman of the ICC, Shashank Manohar, has decided not to be in the fray again. It means that England’s Colin Graves takes the lead to the coveted post. It is because BCCI has not been able to come up with its candidate.

But, Ehsan Mani of Pakistan has again joined the race. He has already served as the ICC Chairman during 2003-2006.