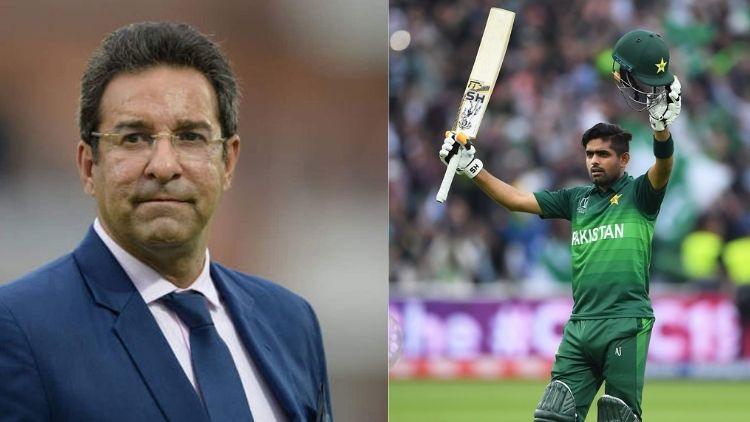 Wasim Akram has opened up on the comparisons being made between Babar Azam and Virat Kohli. The former Pakistan legend said that Babar will have to work on his consistency to match the Indian skipper. The 26-year-old is currently playing in the ongoing T20I series against Zimbabwe.

Babar Azam has emerged as the backbone of the Pakistan Cricket team when it comes to batting. He has taken the responsibility on his shoulder after the departure of players like Misbah-ul-Haq, Younis Khan, and others. He has won several games on the back of his technically sound batting for Pakistan. Whether be it overseas or home series, Babar always comes out with shining colors. This is the reason now he is reckoned as one of the best four in international cricket.

Wasim Akram Has An Advice For Babar Azam

During an interview, Wasim Akram said that he doesn’t like to compare players. But, he also added that Babar Azam is a world-class player. The former Pakistan pacer asserted that the 29-year-old has done well but in patches. In his opinion, Babar has to take things positively and attain consistency like Virat Kohli.

“I wouldn’t like to make any comparison but having said that, I would like to add that Babar Azam is an exceptional talent, he has shown his excellence in all formats, but in patches. I would be very happy if he can see the comparison positively and becomes consistent in his performance like Kohli,” Wasim Akram said as quoted by News18

Wasim Akram also expressed his wish to watch Pakistan players playing in the Indian Premier League. However, it is an impossible thing at the moment due to the political tension between the two countries.

“I have always believed that sports shouldn’t be a victim of politics but that is a government subject of both countries and it won’t be apt for me to say anything. But as you said in the question itself, yes IPL is one of the most competitive domestic leagues in the cricketing world and I wish Pakistan youngsters get to be a part of it and I also wish to see Indian players playing in PSL,” he said.