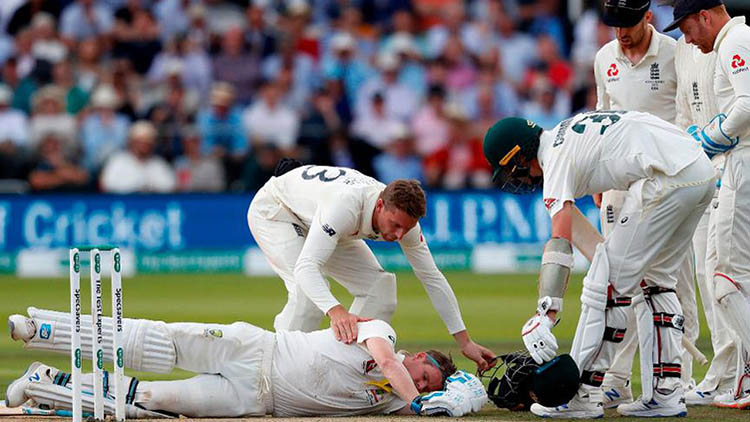 Immediately right after the hit, I got a picture of Phil Hughes – Steve Smith

Out of the six T20s that were played at the iconic Wankhede Stadium in Mumbai were won by the team batting second. Ten out of the fifteen T20s in India played this year has been won by a team that was chasing. India had been able to defend only 25% of the games while batting first.

Going by the records, it was imperative for the Indian team to keep off their shortcomings and put a competitive total on board for the explosive West Indies line up. Questions had always been raised on Virat’s led side for being inconsistent with wins while defending in the shortest format of the game.

It was the same venue where India was unable to defend a healthy 192 against West Indies in T20 World Cup Semi Final.

Hence, all eyes were set on the batting line up – the top three after they were invited to bat first after Kieron Pollard won the toss in Mumbai in the Ind Vs WI T20 decider.

Adjustments were needed in how the batsman approach the batting, but the stage was set up beautifully by Rohit Sharma on the first ball itself. The idea was to deal with the left-arm pacer, Sheldon Cottrel’s in-swinging balls.

The small adjustments helped Rohit getting the benefits as he was able to negate those deliveries before going boom boom. On the other hand, KL Rahul once against proved his caliber in the T20 format – making it look like a ball hitting competition between the two openers.

This helped India piling up 72 runs at the end of the power play – their highest power play score in T20s this year with both openers slamming WI at a strike rate of 200.

Ind vs WI T20 Series decider turned out to be one of the best encounters in recent times by living up to the expectations. India romped home in style by beating the dangerous West Indies by 67 runs after posting an incredible 240/3.

The Men in Blue clinched the exciting T20 Series 2-1 and will surely get inspired for 2020’s World T20. The win will also give a physiological edge in the upcoming ODI Series beginning on 15th December 2019.

Let’s quickly analyze the key takeaways from this Ind Vs WI T20 decided match at the Wankhede Stadium in Mumbai.

India’s refreshed approach to the match

Kieron Pollard won the toss and asked India to bat first. India was keen to put on a high total for the hard-hitting West Indies team. It was evident from the approach of both openers who looked in dangerous form. Rohit Sharma started the innings in style by hitting Cottrell via the extra cover. KL Rahul was not to be left behind as he even made his intentions clear by joining the party. It helped India piling up 116 after 10 overs. It was another failure for Rishabh Pant as he perished to Kesrick William for a Duck. Pant let another opportunity to prove his mettle go in vain as he failed to grab it both hands.

Kohli’s master class was on display once again

India lost a bit of momentum after the departure of Rohit and Pant. But it was soon history as the Indian Skipper another beauty of a performance. He hit 7 towering sixes in this aggressive 70 that came only off 29 deliveries.

At the other end, Rahul cut loose and lofted Holder for a biggie and took India towards the 200 run milestone. Rahul was finally tamed by Cottrell in the game’s final over. But with Kohli picking runs in bounty, it ensured that the opponent had a monumental chase.

Chasing a huge 241, West Indies were off to a start they would never look like to have a look again. Brandon King (after Evin Lewis’ absence) fell to a knuckle ball from the experienced Bhuvaneshwar Kumar. On the other hand, the hero of the 2nd Ind Vs Wi match, Lendl Simmons, was dismissed by Mohammad Shami. Nicholas Pooran did not disturb the scorer as he was out for a Golden Duck – leaving West Indies in tatters.

Pollard played a Captain’s knock in a losing cause

Shimron Hetmyer tried to salvage the West Indies’s cruise and scored some amazing hits before falling to Kuldeep Yadav on 41. Holder was also sent by the Chinaman bowler – whose selection had earlier raised eyebrows as Chahal was made to warm the benches.

Pollard then took on himself to see his team through – the Captain scored a magical 68 studded with sixes and fours before Bhuvaneshwar got better of him. Once Pollard was back in the pavilion, it meant any hope of miracles was quashed who lost by 67 runs.

India went off to a flyer as both Rohit Sharma, and KL Rahul picked runs easily. They were further joined by an aggressive-looking Kohli who opened floodgates of runs.

The decider match became an exciting contest as West Indies kept their hopes alive after a clean winning performance in the second T20 at Thiruvananthapuram.

Nonetheless, the visitor’s bowling attack had no idea about India’s big hitting helping them seal the Series in style.

West Indies never looked in the form to reply as it lost 3 quick wickets – even Pollard’s 68 went in vain and adding to their woes was injury to Lewis after an injury. Once Pollard departed, only formalities looked to be completed.

The only sad thing for India in this match was the duck of Rishabh Pant. The young lad has been given enough of the opportunities and even support from the Captain. But he seems to be casual in this approach – it may see him going off the team soon.

The Ind Vs WI T20 Series is done and dusted, and all focus now shifts to the ODI series beginning on Sunday in Chennai.

If you are looking forwards to try out cricket betting for the first time in the upcoming IND vs Wi ODI series, you should definitely check out Royal Panda. They have really attractive welcome offers and deals. You can check the site by clicking here!