We are all guilty of underestimating Ishant Sharma at least once in our lives, calling him the worst bowler in 50+ Tests. People have been quick to point out every futile delivery from him, expecting nothing more from the bowler. There have been social media groups as well to represent the worst pace bowlers, and people have gone on to name them Sir Ishant Sharma or Lord Ishant Sharma as a way to mock him. Apart from the cricketing world, he has been wrongfully shamed for his appearance too.

Jasprit Bumrah has currently stolen all the thunder. The right-arm bowler, like he has been in his 12-Test career, disarmed Windies batsmen using his speed and agility. He struck two five-fors. Bumrah became the best bowler with his 13-wicket record. Since the bowler’s debut in South Africa back in January 2018, Bumrah’s average of 19.24 speaks for itself. You will be surprised to know who comes next after Bumrah. Not Mohammed Shami, not Ashwin, not Bhuvneshwar. Not even Umesh. It is Ishant Sharma with his average of 19.78.

If you have kept a track of Ishant’s career since his debut in 2007, you will know it best that his career has been a rollercoaster ride. It is almost like Rohit Sharma, with a different format minus the fame and attention. Ishant’s journey has been an immense transformation owing to his hard work. He rose to instant fame for his rare delivery to Ricky Ponting in 2008; he was then stuck in limbo with a dragging inconsistency in performance, only to transition into the pace attacks recently.

Similar to Rohit Sharma within white-ball cricket, it is a two-sided story, with a prolonged injustice and humiliation that evolved into a renaissance comeback, effectively silencing the hatred. However, Rohit’s redemption within white-ball cricket since the year 2013 has been applauded and celebrated, whereas Ishant has been greatly marginalized despite his rise. Bumrah’s success might have eclipsed Ishant’s, but that’s not it. People, in general, have decided their perception about Ishant and fail to accept any other alternative.

In the recent Tests against the West Indies, Ishant redeemed himself yet again after a long period of inconsistent performance during his career’s first six or seven years. Jasprit Bumrah had been the team’s best wicket-taker with his 2 five-wicket hauls; Ishant claimed 11 scalps, becoming the next best. It was Ishant’s five-for during the uneventful 2nd-day with the tough pitch in Antigua’s 1st innings that managed to lift the team.

His bowling spell at Antigua also symbolized what Ishant has come to represent as an uncelebrated bowler: a workhorse delivery that pulled through when most of the other bowlers would end up in an injury. It is clear as day that he is the fuel to the fire with Bumrah on the other side. Sharma has finally begun to receive the recognition he deserves. During Kingston Test match, the fast bowler succeeded to pip former Kapil Dev [155 wickets] in order to become India’s leading pace bowler who claimed the most wickets outside of Asia.

This is only a start for Sharma. The 31-year-old player has 92 Test caps with his name, and he is now standing at the threshold to become India’s first genuine pacer, compared with the all-rounder Kapil Dev, to perform for the team’s 100 Test games. This is a unique achievement for all cricketers, especially for Indian fast bowlers. With the past four years’ fitness and form he has put up, Sharma is certainly headed towards more brilliant records in the future as he enhances his cricketing career more and more.

If he manages to outdo himself, it will be the best end to his success story that started off as a mediocre talent of a bowler who sadly became an underachiever along the journey and climbed his way up to an epic ending with great potential. Whether he manages it or not, we need to realize that the time has come to clear our vision and perspective. Ishant deserves to be celebrated for how far he has come, and we must applaud him for the effort. Bumrah has a spectacular record, but it is time to move the spotlight towards Ishant. 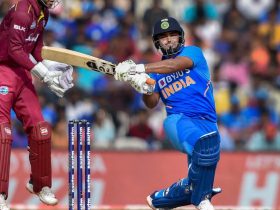 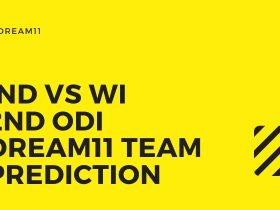 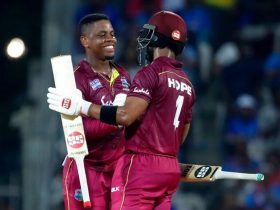 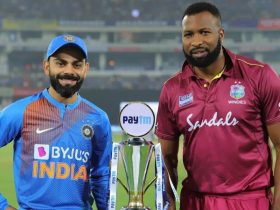 Ind Vs WI: India seals the T20 Series in style