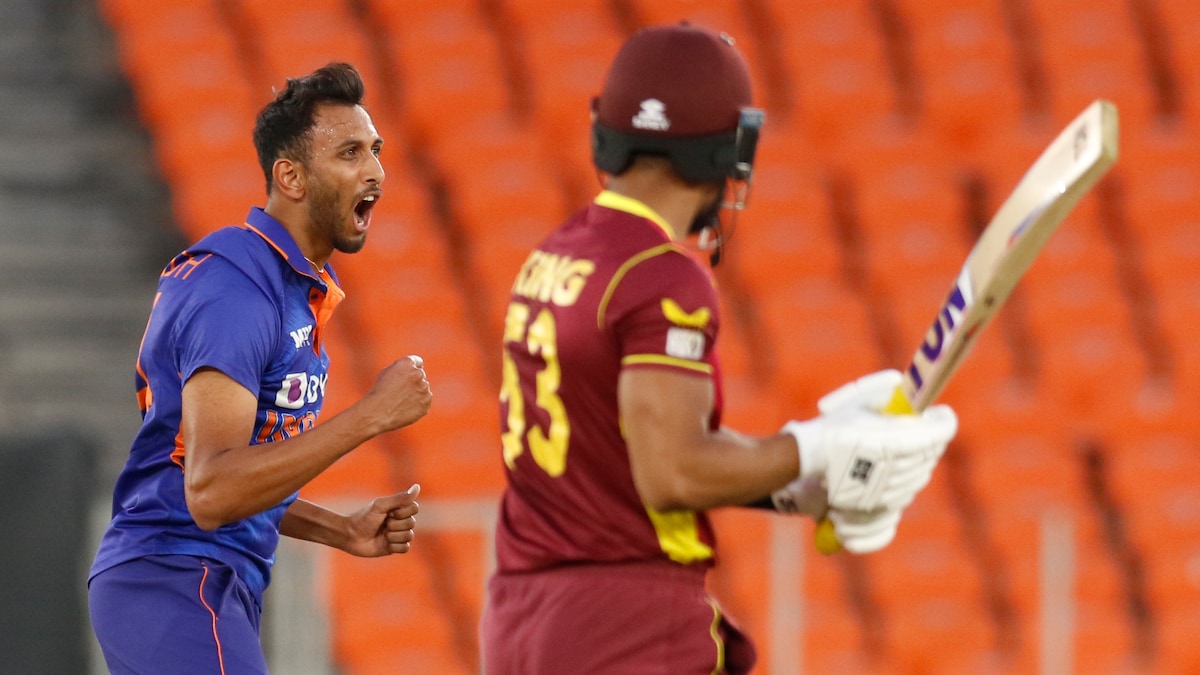 Rohit Sharma led India to the ODI series win 2-0 after beating West Indies by 44 runs in the 2nd ODI. After being asked to bat first, India posted a total of 237 runs in stipulated 50 for a loss of nine wickets. The opening stand between Rohit Sharma and Rishabh Pant didn’t last long as Kemar Roach dismissed Rohit on 5. Virat Kohli (18 off 30) and Rishabh Pant (18 off 34) then put on 30 runs for the second wicket before Odean Smith took down both the batters in the same over.

It could’ve been 64 for 4 if Shai Hope had not dropped a regulation catch to dismiss Rahul when he was batting on 4. Then, KL Rahul and Suryakumar Yadav backed the team with a 50-run stand in 83 balls. They added a total of 91 before a mix-up between the two resulted in Rahul falling short of his crease on 49. Later Surya brought up his 2nd ODI half-century in 70 balls.

SKY alongside Sundar put on 43 runs for the 5th wicket but later Yadav top-edged a sweep to short fine leg on 64 off 83 on delivery by Fabian Allen. Akeal Hosein bagged the wicket of Sunder on 24 while Jason Holder removed Deepak Hooda on 29 who was keeping the hopes alive for team India batting alongside the tailenders.

In the chase, Brandon King and Shai Hope gave the platform after getting to 31 after 7 overs. Prasidh Krishna bagged the first two scalps for India, dismissing Brandon King (18 off 20) and Darren Bravo (1 of 3) in successive overs. On the other hand, Shai Hope continued to score run at a brisk pace but he was knocked over by Yuzvendra Chahal at 27. Krishna starred with the ball in his second spell as he dismissed Nicholas Pooran on 9 leaving West Indies 66 for 4.

Just two overs later Shardul Thakur dismissed Jason Holder on 2. Shamarh Brooks put up a standalone fight and moved into the 40s to keep his side afloat. However, soon after Deepak Hooda bagged his maiden ODI wicket after sending Brooks to the pavilion on 43. Mohammed Siraj added to the misery of the West Indies removing Fabian Allen for 13.

The betting players placed their bets on Team India in big amounts as they were the real favorites to win the match. Many of the online betting sites in Pakistan and India followed the game and released the betting odds for their users. There were different betting sites like Betfair, Parimatch, etc. The players managed to earn some big profit from the 2nd ODI between India vs West Indies.

Soon the whole Carrabean side quickly came unstuck as Shardul Thakur got Akeal Hosein to leave WI for 158 for 8. Just when it looked like getting over, all-rounder Odean Smith hammered some heavy blows to give India a mini-scare. Bit it didn’t last too long as Washington Sundar got him on 24. Prasidh Krishna drew the last blood after dismissing Kemar Roach for a duck, making his 4th wicket. West Indies were knocked over at 193 by the end of 46 overs.