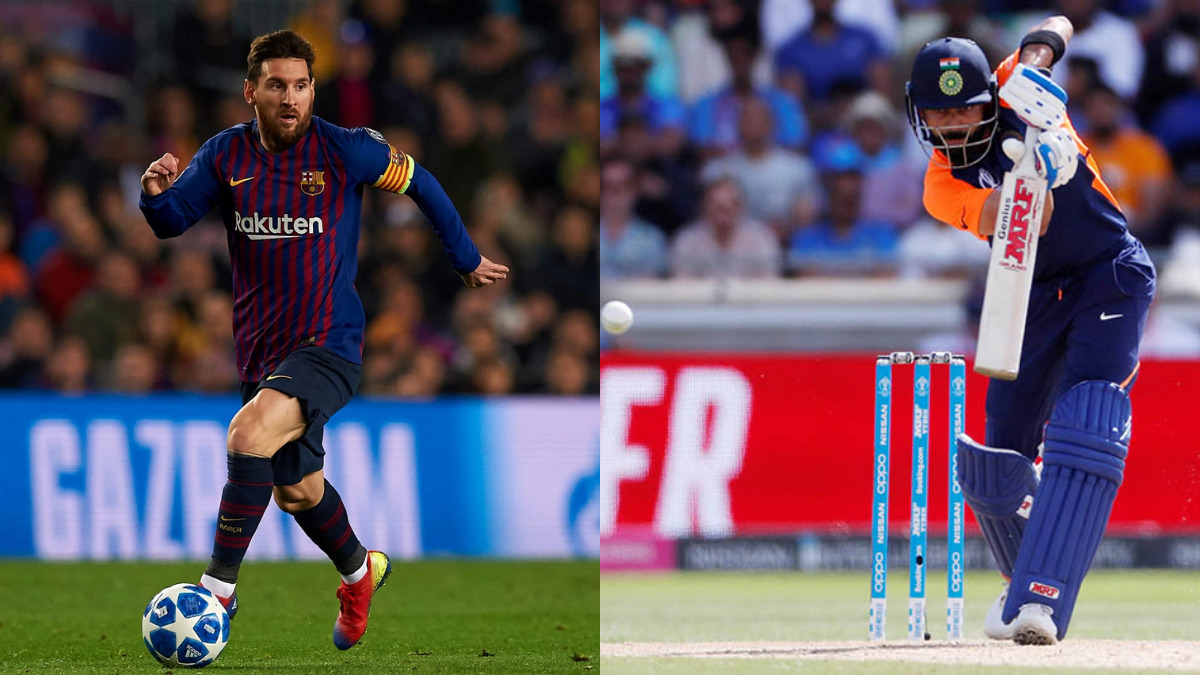 Virat Kohli is rated as one of the best batsmen in modern-day cricket. He has achieved several milestones with his classical batting. But, he is yet to lead Team India to win the ICC trophy. Former Pakistan cricketer Ramiz Raja has shed light on Kohli and compared him with football superstar Lionel Messi, who is yet to win a major silverware with Argentina.

In the 2019 World Cup, Team India lost in the semi-finals against New Zealand. Also, Men in Blue lost a final of discontinued ICC Champions Trophy. Although, Team India has done an amazing job under the captaincy of Virat Kohli. But, they are yet to finish their trophy drought

Virat Kohli is one of the decorated cricket in the modern era and he is constantly being criticized for his performance in the finals of ICC events. In an interview, Ramiz Raja said that former West Indies cricketer Sir Viv Richards was a great player. He always performed at his best in ICC events. As per him, if Virat Kohli manages an impressive ton in WTC final leading Team India to win then it will be a big achievement and he will also add his name to the list of all-time greats.

“Look at Sir Viv Richards. He always used to perform on big occasions. The WTC final will be a great opportunity for Kohli to score a ton and lead India to a trophy. He’s already among legends but leading India to the WTC trophy will be one more feather in his cap. A podium like this is a great chance for Kohli to enter into the club of ‘all-time greats’. He’s got the ability to do that. He just needs to manage his talent according to the situation,” Ramiz Raja said in a conversation with India TV.

Ramiz Raja also mentioned that there are many great players in other sports like Lionel Messi (football) is yet to win a trophy for his national side. He opined that in big events the temperament of a player defines their fate.

“Some big names like Lionel Messi are still yet to win major silverware with Argentina. It’s all about temperament. Performing in big games like a World Cup final proves a player’s mettle,” Raja added.