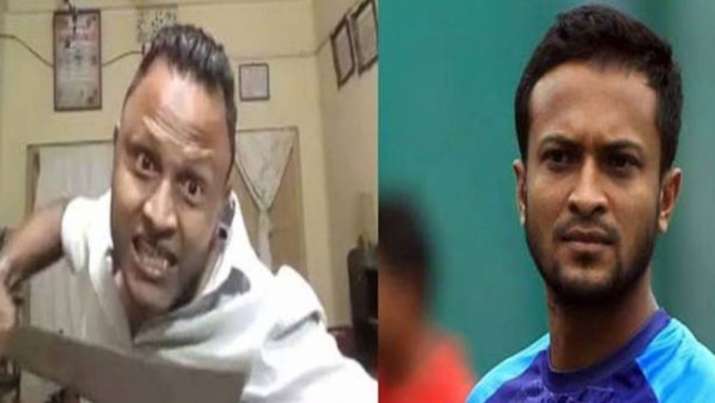 Shakib Al Hasan, the star all-rounder from Bangladesh has received death threats from a resident of his own country. The man looked ruthless towards the international cricketer and accused him of showing a lack of respect to god.

Mohsin Talukdar, one of the fundamentalists from Bangladesh started a Facebook live at around 12:00 pm. He was pretty much upset with the actions of Shakib Al Hasan and said that the latter has hurt the sentiments of Muslims. The fundamentalist was in no mood to calm down and bashed the Bangladesh cricketer upside down.

Mohsin further added that if there is a need then he will walk from Sylhet to Dhaka in order to chop Shakib Al Hasan down into small pieces. He, later on, revealed that he was angry with the fact that Hasan went to Kolkata for inaugurating Kali Puja in Kolkata.

Bangladesh all-rounder recently traveled to Kolkata to inaugurate Kali Puja in the Beleghata area. Soon after that he took a flight and came back to his own country on Friday. After the video went viral on social media platforms, the authorities became active and they have given an assurance that strong action will be taken over the same.

“We just became aware of the matter. The video link has been handed over to the cyber forensic team. Legal action will be taken soon.”

Mohsin did another life in which he accepted his mistake and seek an apology from the fans. Meanwhile, he also advised Shakib Al Hasan to just move on the right path of god. The left-handed player finished a ban imposed on him for breaching ICC’s “code of conduct”. Now, he is gearing up for his much-anticipated return to international cricket. And, the national side is waiting eagerly waiting for him with open arms.