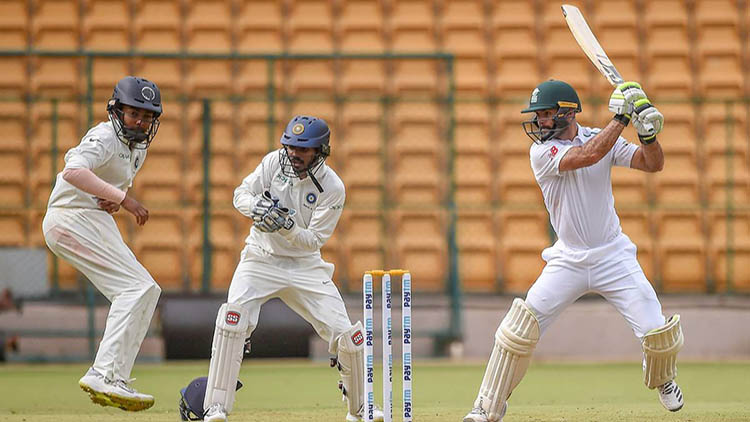 Prithvi Shaw slammed a blistering double ton against Puducherry in the ongoing Vijay Hazare Trophy 2020-21. He slammed 31 boundaries and seven mammoth sixes in order to guide his side to the highest total in a 50 over match on Indian soil.

Mumbai lost the toss and got the chance to bat against Puducherry. They got off to a poor start and lost the wicket of opener Yashaswi Jaiswal in the 7th over of the innings. After that Prithvi Shaw took the charge and smashed Puducherry bowlers for sixes and boundaries. He stitched an amazing partnership of 152 runs with Aditya Tare (56 runs). But the latter was bowled by SS Kumar. Later on, Suryakumar Yadav joined the party. He along with Prithvi Shaw partnered together and helped Mumbai in scoring the highest ever total in Vijay Hazare Trophy 2021.

Prithvi Shaw got off the mark in his style with an aggressive store on the back of his classical batting style. He played beautiful cover drives, straight drives throughout his explosive knock. The youngster completed his half-century in just 26 balls.

Everything went in Prithvi Shaw’s favor and hammered 227 runs in just 152 balls studded with 31 boundaries and five sixes.

In the previous game, Prithvi Shaw scored a decent ton against Delhi. This is the first occasion when the right-handed Indian batsman is leading Mumbai in a first-class tournament.

Earlier, Shaw was struggling with his poor form due to which he was dropped from the national side for the Test series against England. However, now he has marked a strong comeback with the bat in the ongoing Vijay Hazare Trophy 2021.

Coming onto the match, Puducherry is struggling in the game and they have scored 39 runs in 5 overs for a loss of one wicket.