Ashes 2019: After being dismissed by Pat Cummins, Ben Stokes angrily smashes his bat in Manchester 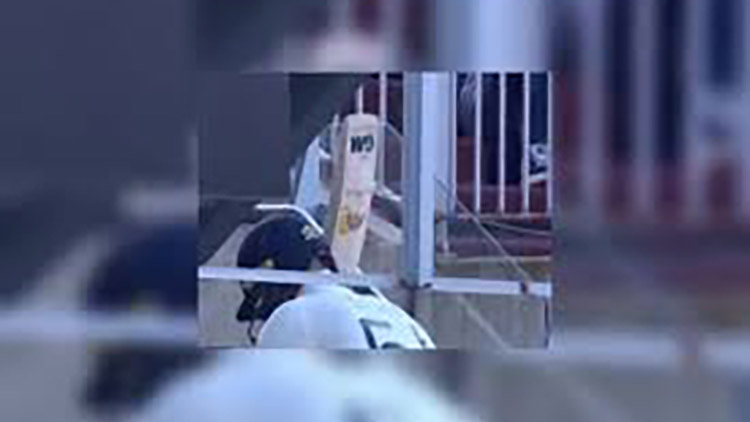 England vs Australia in the Ashes has always been a source of dramatic set of events. Same is the case in the ongoing ashes series of 2019 that is being played in England. However, the hosts have never been comfortable from the start of the series. They could have lost the series but only one player of the England team played the role of a lone ranger and helped his team to stay alive in the series and he is none other than the hero of the World Cup Final 2019 Ben Stokes.

He scored centuries in the matches played at Lord’s and Headingly and did not let his team lose his match. Even in the Third test match of the Ashes where it was confirmed that Australian team is going to retain the series because only one wicket was left and still more than 100 runs were required to win for England. Nevertheless, Ben Stokes is the only person who proved that miracles do happen in life as he scored a match-winning century and got his team over the line.

Ben Stokes did not wait for the umpire to give out:

In the fourth test match, that is being played in the ground of Old Trafford, Ben Stokes was sent early to bat as all the responsibility was once again put onto his shoulders. This situation was created due to the extraordinary bowling of Pat Cummins.

On the fourth day of the test match England were provided with a target of 383 runs but the run chase took the worst possible start as the England team lost opener Rory Burns and the captain of the English team Joe Root on the score of zero. The pressure was all onto the English batsmen but when Ben Stokes arrived to bat, the crowd started appreciating and applauding for his previous innings.

This time around, Ben Stokes had to tie the match because winning the match was not possible for them in that situation. However, the experiment failed as after facing only 17 balls Ben Stokes was caught behind when Cummins bowled a back of the length delivery. The umpire did not move but as the ball was caught by the keeper Ben Stokes himself started walking back to the pavilion. He was so frustrated that he threw his bat on the ground while going back to the pavilion.