Quinton De Kock will Lead RSA against India in T20 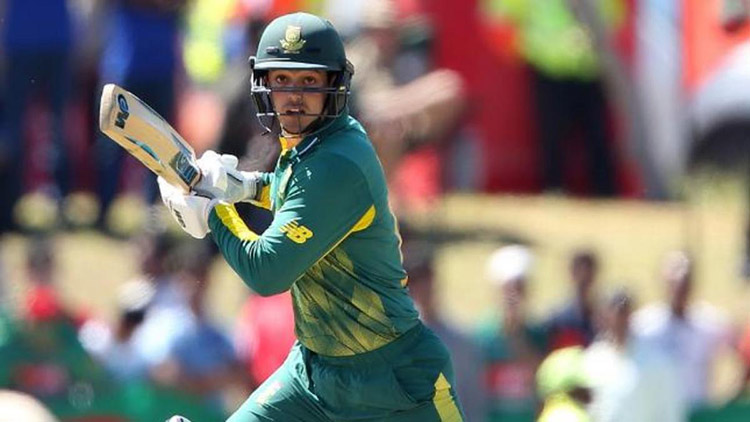 On Tuesday, South Africa named its T20I and Test squad to represent their upcoming tour of India for October. Quinton de Kock, the wicketkeeper, will be the side’s captain in place of Faf du Plessis. The 35-year-old player will still be leading during their following three-match Test series.

Rassie van der Dussen will be the T20I vice-captain while Temba Bavuma will be vice-captain under Faf du Plessis in South Africa’s Test match squad. Three uncapped cricketers had been named in the Test squad. These include Anrich Nortje, the fast bowler; Senuran Muthusamy, the spin bowler all-rounder; Rudi Seconds, the wicketkeeper-batsman. The selectors have also named three newcomers in for T20I 3-match series, including Bjorn Fortuin, Temba Bavuma, and Nortje.

Corrie van Zyl, the Acting Director of Cricket, said on Cricket South Africa that these three Test newcomers have rightfully earned their places with great performances during the Four-Day Franchise competition last season. He feels that they have covered all aspects and are braced for the sub-continent games with Muthusamy and Dane Piedt, the leading wicket-taker of their Four-Day competition, with a back-up for Keshav Maharaj.

The director also added that Faf du Plessis is still important for their white-ball cricket plans.

Within Indian squad, the now fit all-rounder Hardik Pandya is the only update from the team that white-washed West Indies in three T20 matches last month. Jasprit Bumrah and MS Dhoni are not in the T20I squad. Yuzvendra Chahal and Kuldeep Yadav, excluded from the squad against West Indies, still remain ruled out. Rishabh Pant is the first-choice wicketkeeper, covering for Dhoni. The first T20I match is in Dharamsala on 15th September, with the Tests starting from 2nd October in Visakhapatnam.