Ashes 2019: Four Reasons Why England Has Failed to Regain the Urn 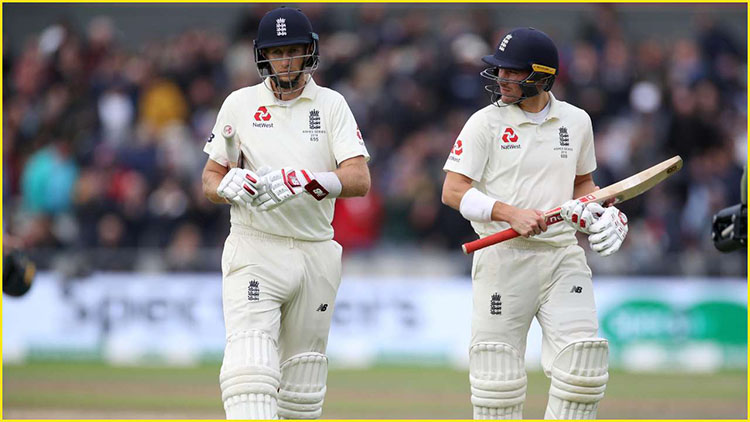 Australia is rejoicing every moment after the historical win against England. This is a prestigious event for the Australia captain, Tim Paine as well. Last time it was the captain Steve Waugh, who won the Ashes urn in England. In 2001, the match was held at Old Trafford and English were defeated by 185 runs during fourth Test.

Now, Australia is already ahead in the 5 Test match series with 2-1. Only one Oval Test is yet to be happening. So, there is no chance for England to win the series and take the Ashes to their home.

No one can imagine the real scenario just by looking at the scorecard. In this series, Australia has been always on a better side from the start. About England, we can only talk about that smashing innings of Ben Stokes played at Headingley. Otherwise, the host would not have won the single match.

The speculation was not like that before the match. The experts and fans are in great surprise after witnessing the disappointing performance of the England Team.

Let’s talk about the few sides and find out the facts.

James Anderson, the 37 years old fast bowler is currently one of the best and also the most experienced one in England. Everyone was expecting a glorious bowling spree on his home ground like always. During the Edgbaston match, he could bowl only for four over and after that he was feeling pain in his calf. The medical team was there to attend him in the dressing room. But after that, he was unable to continue.

It was not easy for his team to cope up with such a shocking turn of event. Though, Australia’s batting line up was not so good either without Steven Smith, still it is hard to find replacement of Anderson.

Joe Root, the Test captain of England was playing at no. 4 position for a long time. He was performing consistently as well.

To make the top order stronger, he decided to play at no. 3 position. As the top order was not sustaining for a long time, so Root had to appear early to face the new ball. He himself was not comfortable with the new set up.

Even the experienced Aussie cricketers had found out his struggle because of the early arrival and made the best use of it. The captain faced a really hard time on the ground while batting against the new ball.

Now, let’s see what will be his decision about the change, whether he still wants to continue at no. 3 or go back to his previous position in the last Test.

For the fast bowlers in the Test match, it is always necessary to form a pair to attack the batsman with their weapons.

As Anderson could not continue, Jofra Archer, the young talent of England was partnered with Stuart Broad. Undoubtedly, they did a great job. But the problem is occurring after that. While Broad and Archer were fantastic and opening the spell with a bang, the follow-up bowlers still are not able to match up with them. The two fast bowlers are doing a great job in creating pressure on the opponent batting order. But all the efforts are going to the drain due to lack of good performance from other bowlers.

Craig Overton and Chris Woakes were expected to keep the pressure, but the result was not up to the marks.

Moeen Ali, the off spinner was called to stay out after playing the first Test. Jack Leach, the left arm spinner also disappointed with his performance. He was not enough to be aggressive to create havoc.

On the opposite team, Australia has already been a very good position with five fast bowlers. They are fully fitted and confident. Even at Edgbaston, Mitchell Starc and Josh Hazlewood were given rest for the first Test. The committee had full faith on the rest of the bowlers.

We have still not forgotten the ball tampering incident happened in South Africa. Steven Smith, along with the other two players was banned for one year for that reason. So, this Test match was the first one after that ban. Eventually, he did not play any Test for18 months. The hostile crowd was also making it difficult for him to play. But he surprised everyone and answered them by scoring hundred in two innings and helped his team to win there. In the past, Australia did not have many happy memories at that ground.

He started his matches as if there was no ban for the last one year. He was so comfortable with all his trademark shots and other styles. We were missing his ‘shuffle across the stumps’ so much.

Unfortunately, at Lords, he was severely injured while playing against Jofra Archer. He suffered from concussion and was advised not to play at all. So, Australia lost the third Test due to the unfortunate event.

At Old Trafford, everyone was anticipating to see an aggressive Archer and how Australia would face the pace. Smith was the best to face and play those deliveries and still able to a double century.