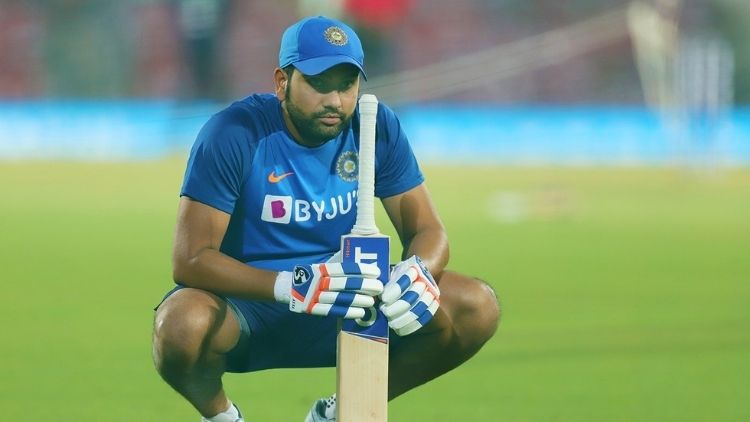 Rohit Sharma, the Indian opener exclusion from Team India Squad for Australia has raised several eyebrows and fans are curious to know the reason behind leaving the opener out from the side. The 33-year-old has removed Indian Cricketer from his Instagram bio. This act is seen in a way that there is something wrong going inside Team India. As soon the netizens came to know about the same, they flooded social media with posts.

Rohit Sharma sustained a hamstring injury in a match against Kings XI Punjab. He has missed out on a couple of games for his franchise in order to attain his full match fitness. Recently, BCCI released the squad that will play Test, ODI, and T20I series against Australia starting from November 27. But, Rohit Sharma’s name was not there in any of the squads. BCCI gave an update that they are monitoring the injury of Rohit Sharma at the moment. And, after a few hours, Rohit was spotted in the nets gearing up for the IPL games.

Legendary former Indian batsman Sunil Gavaskar also asked BCCI that they should know a little about Rohit Sharma’s exclusion from the Australia tour, “The Indian cricket fan deserves to know, more than anything else. The franchisees, I understand. They don’t want to give their hand away. They don’t want to give the oppositions any psychological advantage. “But we are talking about the Indian team here. Even Mayank Agarwal for example. For an Indian cricket fan, they ought to know what happens to two of their key players,” Sunil Gavaskar said as quoted by Hindustan Times.

It seems Rohit Sharma himself is also a bit upset from BCCI’s approach and he has removed “Indian Cricketer” from his Twitter and Instagram bio. The fans were shocked after going through Rohit Sharma’s recent update on his official social media accounts and they flooded micro-blogging sites with their opinion posts.