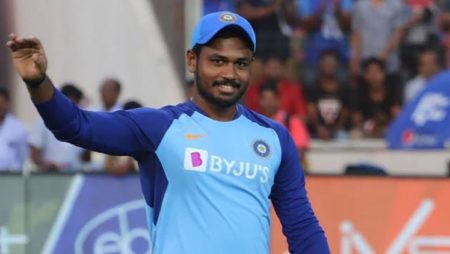 Shikhar Dhawan, who got injured during the ODI Series Vs Australia, will now make way for the wicket-keeper bat Sanju Samson for the T20 Series against Black Caps.

On the other hand, the young Prithvi Shaw will take his spot in the ODI Series vs New Zealand. It is the recent Cricket News that was confirmed by BCCI on Tuesday evening. India is all set to play the 1st T20 vs NZ on 24 Jan in Auckland.

Samson was not a part of the ODI squad that played against the Aussies and got just one match Vs Sri Lanka in the final T20. He is currently in New Zealand only with the India A Team just like Shaw.

Shikhar Dhawan could not travel with the Indian Cricket Team on Monday as he had injured himself and hurt his shoulder while fielding in the final ODI Vs Aus in Bengaluru.

Shikhar Dhawan has been in a spot of bother due to injuries constantly troubling him to stay away from Cricket. The latest setback cost him not playing the New Zealand T20s. Earlier; the southpaw had to miss the home Series Vs West Indies owing to a knee injury. Before that, he had to be ruled out of the ICC Cricket World Cup in England midway after breaking his thumb against Australia (he made a ton). Even in the 2nd ODI against Australia in Rajkot recently, he was hit on the rib by a Pat Cummins delivery. It had forced him to stay off the field in the 2nd innings.

“His MRI was conducted, and the results show him having a confirmed Grade II acromioclavicular joint injury. He will need to use a sling and has been advised rest for a while. Shikhar will soon be joining the National Cricket Academy for rehab procedures in the 1st week of February.” BCCI was quoted as saying in a recent Press Release.

Prithvi Shaw, on the other hand, has recently recovered from a shoulder injury almost that of Dhawan during a Ranji match in Mumbai. After he made his way back, the young opener went on to score a 150 during a tour game against New Zealand XI for India A. He is yet to make his One-Day International debut for India.

Hardik Pandya, the stylish all-rounder, has also not been able to find a place in the white ball Teams for the India tour of New Zealand. He is yet to recover from an injury and rehab in NCA. He is recuperating under the watchful eyes of former India Skipper Rahul Dravid.

BCCI is yet to make an accouchement of the Test Team for the 2-match Series, which will be scheduled after the end of T20 and ODI phases. India will play a total of 5 T20s, 3 ODIs and 2 Tests in the forthcoming New Zealand Tour that begins on Jan 24.