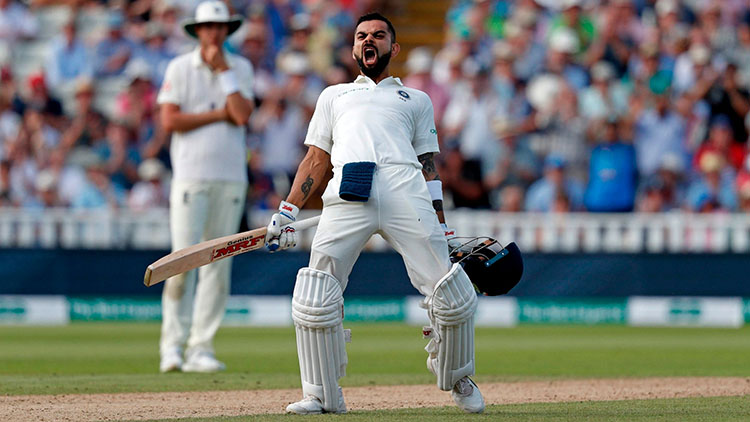 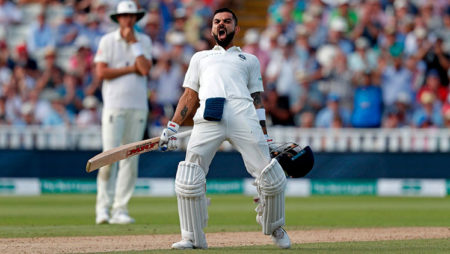 Virat Kohli’s huge score of 254* against  South Africa helped him to improve his ICC test rankings. Australian player Steve Smith is just 1 point ahead of Virat. Virat has a total point tally of 936 which was just 1 point less than 937 which he scored in August 2018 for carriers best scores. As he didn’t score any century in the last 10 innings, his ratings dropped down under a 900-point  mark since January 2018.

Indian Opener, Mayank Agarwal had luck with the bat, which helped him to rank in the top twenty for the first time. He scored a double century in the 1st test match held at Visakhapatnam. Mayank moved up 8 places to reach 17th rank. Cheteshwar Pujara was at 4th position with 817 points.

Vernon Philander from South Africa and Keshav Maharaja improved their Test rankings at 82nd and 115th positions respectively for their best batting skills.

Virat was ranked 4th in the record of most double-100s when he scored double-100s for 7th time in the Test Cricket match. He became popular while he took 7000 runs in the Test match and became the 4th fastest player in the total matches played. It took only 81 test cricket matches to his masterstroke which is just 4 matches less than Sachin’s.

Steve Smith scored 774 runs with an average of 110.58 in 10 innings and got the top rank which was concluded in the Ashes series. Steve scored 947 against South Africa in Durban in 2018.

Around the globe
‘They Didn’t Want More White Consultants,’- Jacques Kallis Reveals Why He Is Not Batting Consultant Of South Africa Cricket Team
January 15, 2021
0 49

Around the globe
WATCH: Yashasvi Jaiswal Smokes S Sreesanth For Two Humungous Sixes As The Latter Tries To Sledge Him
January 15, 2021
0 80 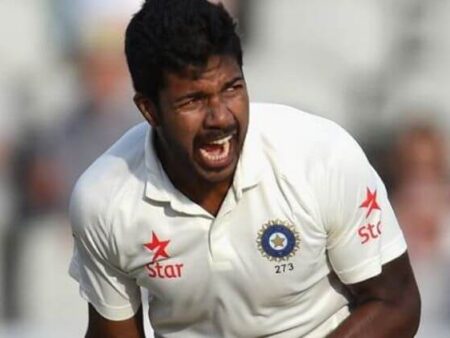